Senate Bill 22 is set to take effect in 90 days, which could have a big impact if current restrictions like masks mandates are still in place. 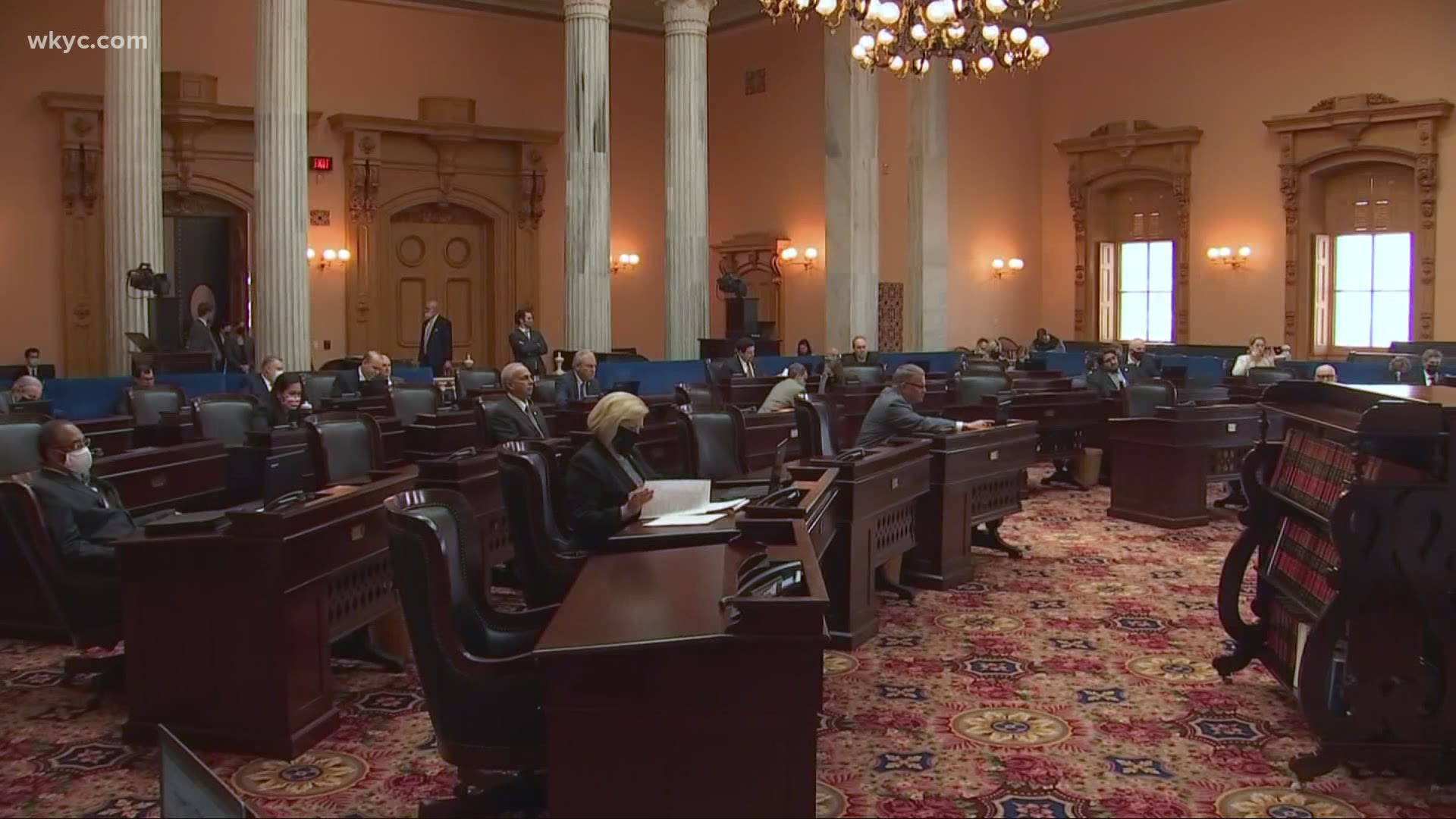 CLEVELAND — When Ohio legislators seized control over state-wide health orders, they did it with a veto and without receiving a single vote from democratic lawmakers.

This political divide in Columbus is expected to have long-range legal as well as health implications. On Wednesday, both the Ohio house and Senate voted to override Governor Mike Dewine's recent veto of Senate Bill 22, giving legislators the power to block business closures, curfews and other health-related restrictions.

"You get setbacks, and you don't get everything that you want, but that's what life is. You move on, there’s more work to do and we’re going to do it,” Gov. DeWine said in a press conference on Thursday, when asked about the override.

So what does this hotly-contested bill mean to you and me? Well, it will give the legislature the power to cancel any of the governor's health orders that last longer than 30 days. It will also require the governor to renew such orders every 60 days.

“The legislature simply needs a seat at the table because we are the elected legislative representatives of the people, and we're the ones who for the last year have gotten all the questions, comments, and complaints. And yet, we really had no legislative role,” said Sen. Jerry Cirino (R) District 18 - Kirtland. “Senate Bill 22 restores the balance of power that ought to exist and exists in many states when health orders are sustained for such a long time.”

“I think it’s dangerous because it becomes too political. In an emergency, in a crisis situation, we need to have leadership that can act quickly and respond to it,” Sen. Nickie Antonio, (D) District 23 – Lakewood. “What this does is put an override by a small group of legislators, to be able to say that we're gonna second guess this. I believe if this bill was in effect when the pandemic started, we would’ve seen more lives lost."

According to the National Conference of State Legislatures, lawmakers in at least 25 states have proposed limiting their governor's emergency powers in some way. Ohio's override passed the Senate with a 23-10 vote and in the House with a 62-35 vote. No Democrats voted for the override in either chamber, setting up potential legal challenges in the months ahead.

Right now, Senate Bill 22 is scheduled to take effect in 90 days, which could have a big impact if current restrictions like masks mandates are still in place. You can watch more of Gov. DeWine's reaction to the override from his Thursday COVID-19 briefing below: