Ohioans are being asked to cease feeding birds until the mortality event has concluded and to clean feeders and birdbaths with a 10% bleach solution. 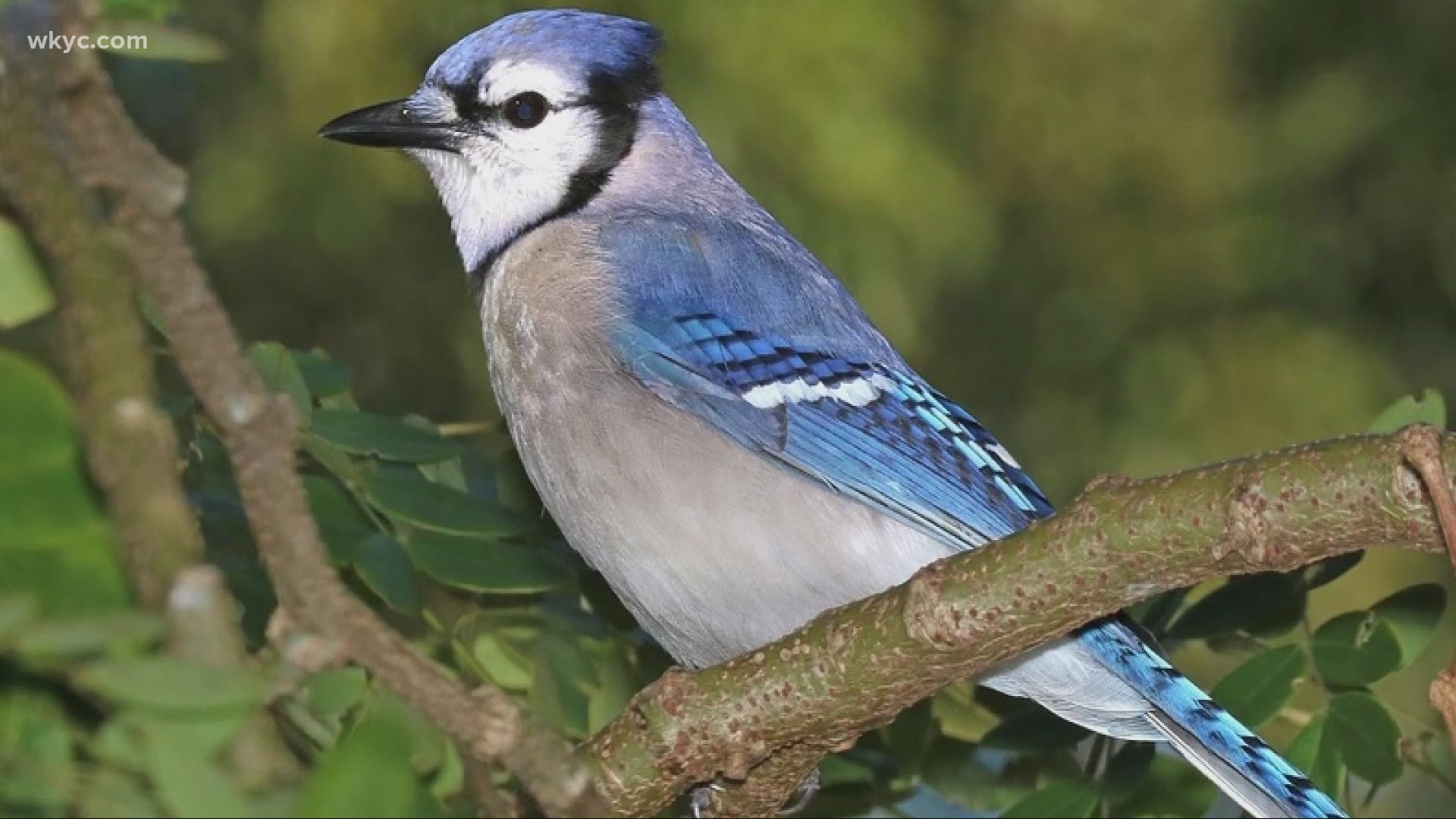 COLUMBUS, Ohio — Amid a mysterious disease that is killing birds across Ohio, state wildlife leaders have put out guidelines to residents to help stop the spread.

The Ohio Department of Natural Resources (ODNR) is advising the public to take down and clean bird feeders and birdbaths with 10% bleach solution, particularly if they are seeing sick/dead birds in their area.

RELATED: Numerous reports of dead birds across Ohio due to 'mysterious' illness

The National Wildlife Health Center in Madison, Wisconsin, received specimens from ODNR Division of Wildlife in hopes of finding an answer to what is causing the sudden death in these birds.

While the bird deaths are mostly happening in central Ohio, the Ohio Wildlife Center told 3News' NBC Youngstown sister station 21 WFMJ that they have seen a small number of birds with the disease in Northeast Ohio as well.

The mysterious disease is also causing blindness in some birds.

The ODNR says the primary species affected at this time are blue jays, common grackles, European starlings, American robins, and house sparrows. There are no current reports of any other type of animal or species exhibiting these symptoms or illness.

Despite the coincidence with the Brood X cicada emergence and the reports of dying birds, Ohio wildlife officials told 10TV that it is very unlikely that the cicadas are causing the birds to get sick. However, if you were to spray a pesticide on the cicadas, then the birds could possibly get sick. But the source of the bird deaths is unlikely to be pesticide-related due to the nature of the cases called in from many other locations.

The public is encouraged to call 1-800-WILDLIFE to report any of these sick and dying birds. You can also click here to submit a report. Knowing the species of the bird and the timeline of the bird's illness or death is also useful information to submit.

Here are guidelines from the ODNR to help stop the spread of the bird disease in the state:

For more information or questions, please contact the ODNR Division of Wildlife.