Soviak's body landed at Cleveland Hopkins International Airport prior to the journey back to his native Berlin Heights. 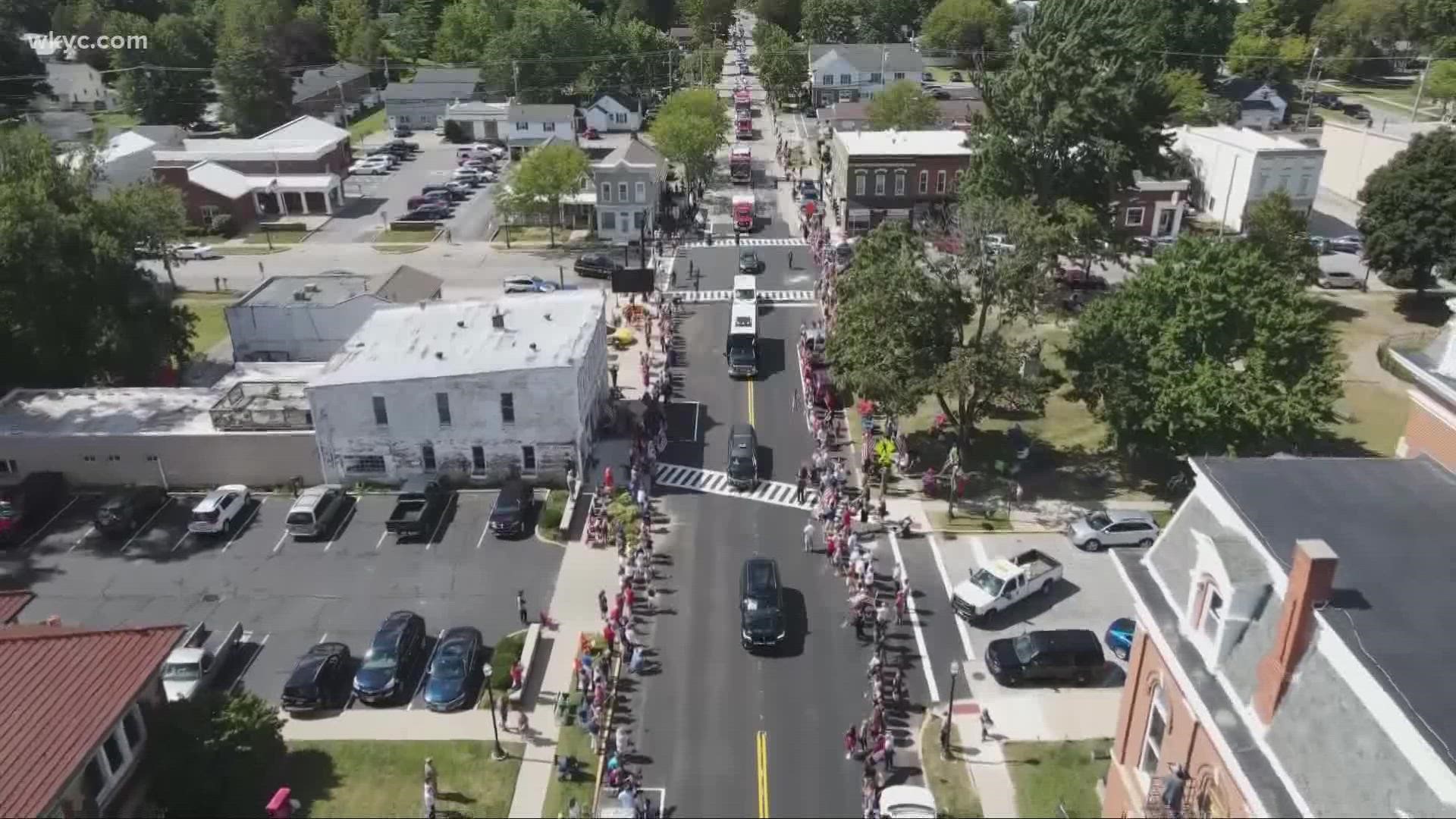 “We want to be able to pay our deepest respects and honor Corpsman Soviak and the ultimate sacrifice he’s made,” Erie County Sheriff Paul Sigsworth said prior to the events.

Soviak was one of 13 service members killed in an attack in Afghanistan last month as soldiers were attempting to evacuate citizens from Kabul's airport, and dozens of Afghan civilians also lost their lives. All 13 were returned to U.S. soil at Dover Air Force Base in Delaware.

During travel from Dover, a member of the U.S. Military stayed with Soviak until he was returned to family in Ohio.

Soviak’s body arrived at Cleveland Hopkins International Airport at 10:25 a.m. this morning and left for a private procession on the Ohio Turnpike to Erie County. A public procession then began on U.S. Route 250 and eventually past Milan Edison High School to the funeral home in Berlin Heights.

The public procession began at the U.S. 250 interchange (Exit 118) of the Ohio Turnpike. It then moved on like this:

Soviak was a football player and state champion wrestler at Milan Edison High School before graduating in 2017. He served as a medic in the U.S. Navy and planned for a career in the military.

Sigsworth said Wednesday’s procession would be a chance for the community to come together to honor Soviak and his sacrifice.

“I think this reminds everyone of the overall dedication and sacrifice that the members of our military, whether current or past, of the dedication that they have to our country and what that dedication ultimately means.”