Ohio mailing millions of absentee ballots as early voting begins: The important steps you must take to make sure your vote counts

Should you return the ballot in the mail or drop it off? Can you change your mind and vote in-person? What if your signature doesn't match? 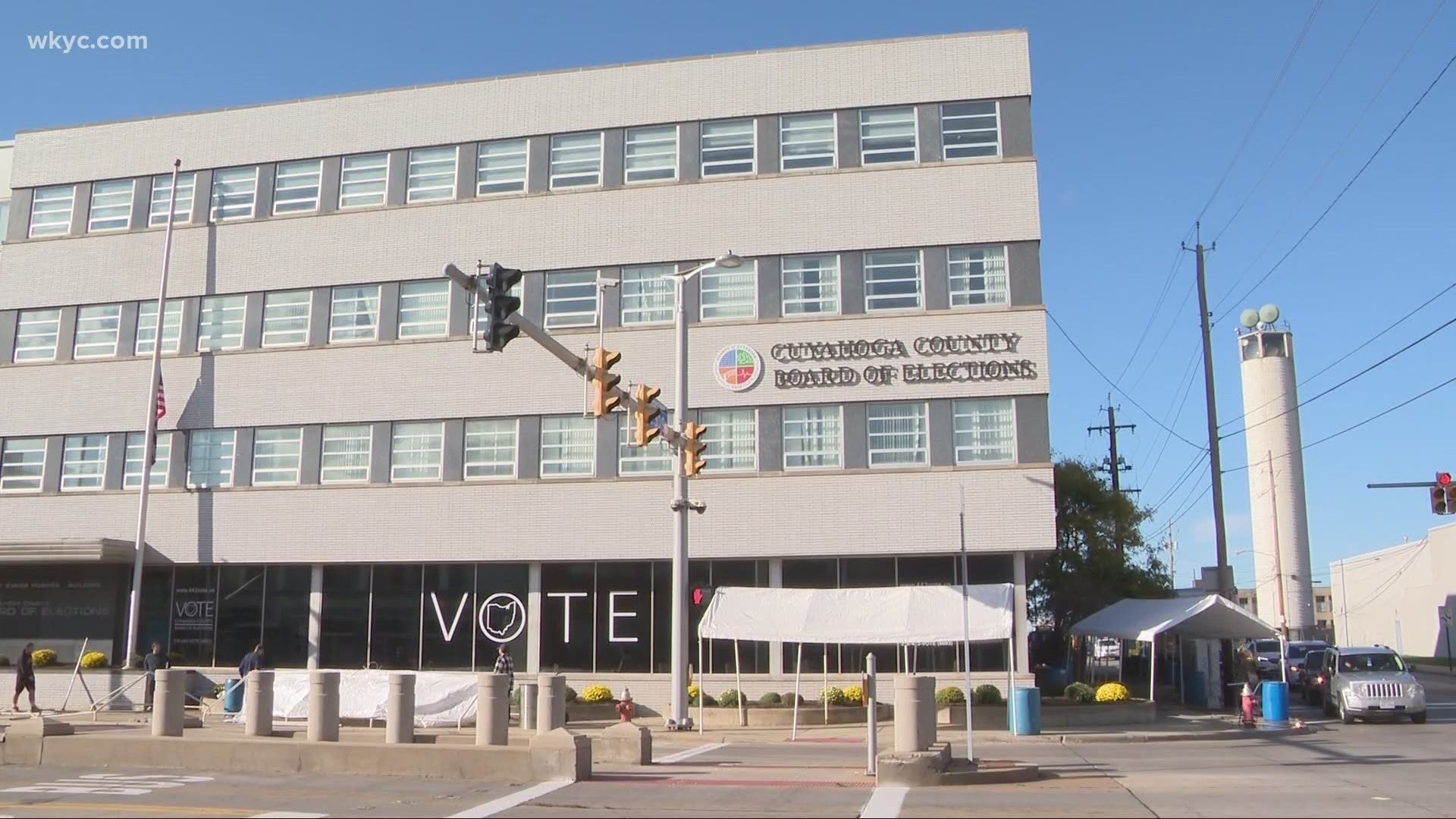 CLEVELAND — As the sun rose over Cleveland Tuesday morning, a line of people had already formed outside the Cuyahoga County Board of Elections as early voting began in Ohio.

So you need to follow several steps very closely in order to make sure your vote counts. According to the Cuyahoga Board of Elections, once you receive your absentee ballot, inspect it for any marks or tears. Contact your local BOE if you need to request a replacement for a damaged ballot.

An 8 a.m. press conference was hosted outside of the Cuyahoga County Board of Elections, which we streamed in the player below:

Fill out the ovals next to your choice with black or blue pen. Don't use pencil. Next, fill out the identification envelope, including your name, birthday, driver's license or the last four digits of your Social Security number -- and make sure to sign and date the envelope. If your signature isn't similar enough to your voter registration form, or if you don't fill out all the information, you vote will not count.

Fold the completed ballot in the same manner in which it was sent, insert it into the identification envelope and seal it. Make sure not to tear off the ballot stub. Ballots with the stub removed cannot be counted.

Finally, return the ballot by mail, with a postmark no later than the day before election day. Or you can drop it off in-person at your county board of elections by 7:30 p.m. on election day. Each county has at least one secure drop box at the BOE that is accessible 24 hours a day. As returned ballots arrive at the BOE, they are scanned, but not tallied until election night.

Voters have until three days before the election, or Oct. 31, to request an absentee ballot. However, it is not recommended, since the postal service may not deliver it in time. You can also track the status of your ballot on Ohio's Track Your Ballot site.

Each absentee ballot and identification envelope is verified by matching voter registration information and the voter's signature on file at the BOE. Should you worry about a signature match, especially if your signature has evolved over the years?

"We don't go looking to throw out ballots," said Mike West, spokesperson for the Cuyahoga County BOE. "Our people are pretty good at finding similar characteristics, so unless you're completely different, you won't have a problem."

Can a voter change their mind, and vote in-person after receiving an absentee ballot? The answer is yes, but with certain caveats.

"If you do have a burning desire to vote in-person, I would suggest that you come down [to the BOE] for early voting, where we can simply cancel the ballot we sent you, and issue a regular ballot," said West. Going to your local BOE is the simplest way if you change your mind, because if you go to a polling location on election day, your name will be flagged. You would then have to cast a provisional ballot, which are ballots that are set aside because of questions and are counted after issues are resolved.

What happens if your ballot is tossed out? According to the Ohio Revised Code 3509.06, voters whose ballots are rejected are notified by mail. They then have until 7 days after the election to resolve the issue.

PHOTOS | Early voting begins at Cuyahoga County Board of Elections