Leon Bibb: Honoring the courage and commitment of John Lewis 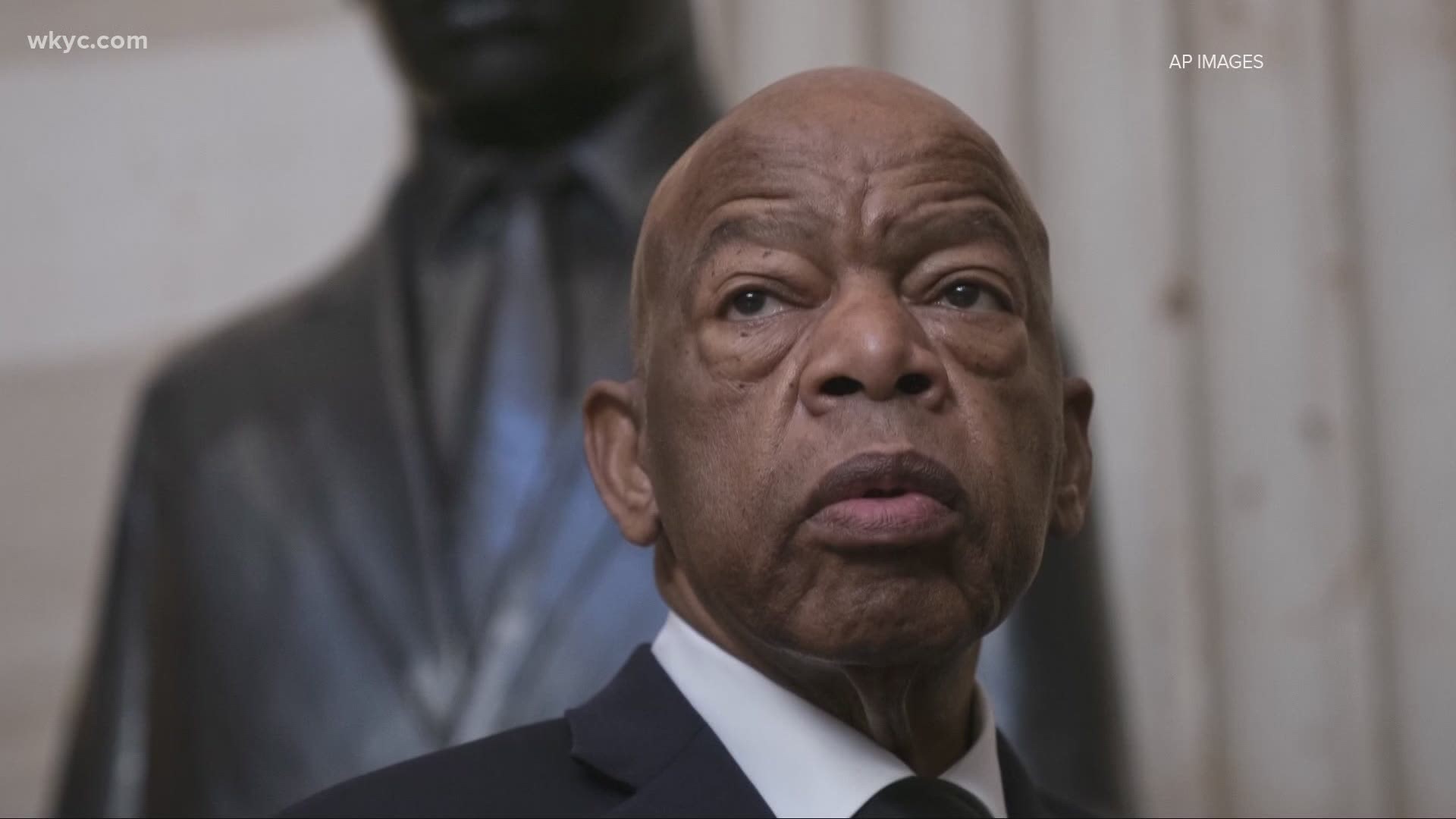 CLEVELAND — John Lewis was the embodiment of courage and commitment toward justice.
He was a crusader for right. Of John Lewis, we mourn his passing.

John Lewis was an icon in the movement. When he was 23, he was the youngest speaker at the historic 1963 March on Washington.

In his early twenties, he was fighting for the right for blacks to vote in the South.
Lewis, who organized the Student Non-violent Coordinating Committee, marched with Martin Luther King and six hundred other peaceful protesters across the Edmund Pettus bridge of Selma, Alabama, that challenging March 1965 day.

It was there the peace approach was confronted by violence in the form of nightstick-wielding police officers. Beaten to the ground was John Lewis whose skull was fractured by a policeman's nightstick.

WASHINGTON, DC - SEPTEMBER 24 Congressman John Lewis is embraced by U.S. President Barack Obama after his speech during the dedication of the National Museum of African American History and Culture September 24, 2016 in Washington, DC, before the museum opens to the public later that day. The museum is a Smithsonian Institution museum located on the National Mall featuring African American history and culture in the US. (Photo by Astrid Riecken/Getty Images)

The news was flashed around the world of the day which came to be known as "Bloody Sunday." Lewis was also in that group of young people who protested at racially segregated Southern lunch counters. He was always in the movement, never wavering. His biographer said Lewis was willing to die for his understanding of the Biblical gospels and how they were expressed in 20th and 21st Century America.
Elected to Congress where he served for more than thirty years, he was a humble man who was secure in himself and his work for justice.

John Lewis steadfastly pushed for a more open and just society. In 2015, commemorating the fiftieth anniversary of the "Bloody Sunday" march across the Selma, Alabama, bridge, John Lewis walked it again. This time, with President Barack Obama.

My daughter and granddaughter met the 17-term congressman in his Washington office. He graciously posed for photographs. He was so humble and such an icon said my daughter who called him a grandfather figure to millions of people, John Lewis was family. In the halls of government, he was widely hailed as the "conscience of the congress".

A man who could walk with kings but never lose the common touch. His body was taken across Alabama's Edmund Pettus Bridge one last time before his body was in repose in the Alabama statehouse. And later in repose in the United States Capitol building. A man of high moral character, John Lewis, for a lifetime, strived to lift the nation and its people to a higher plane. A transcendent figure. Even in death, his legacy inspires people.

If someone complains to you of what cannot be achieved in the face of huge odds, think of the journey of John Lewis. If someone is disillusioned because the struggle for justice is too difficult a bridge to cross, think of John Lewis.