The Cleveland Browns squander yet another talent advantage in loss to Steelers: Bud Shaw’s Sports Spin

The Browns, who had so much going for them Sunday in Pittsburgh, played with so little heart in a 20-13 defeat. 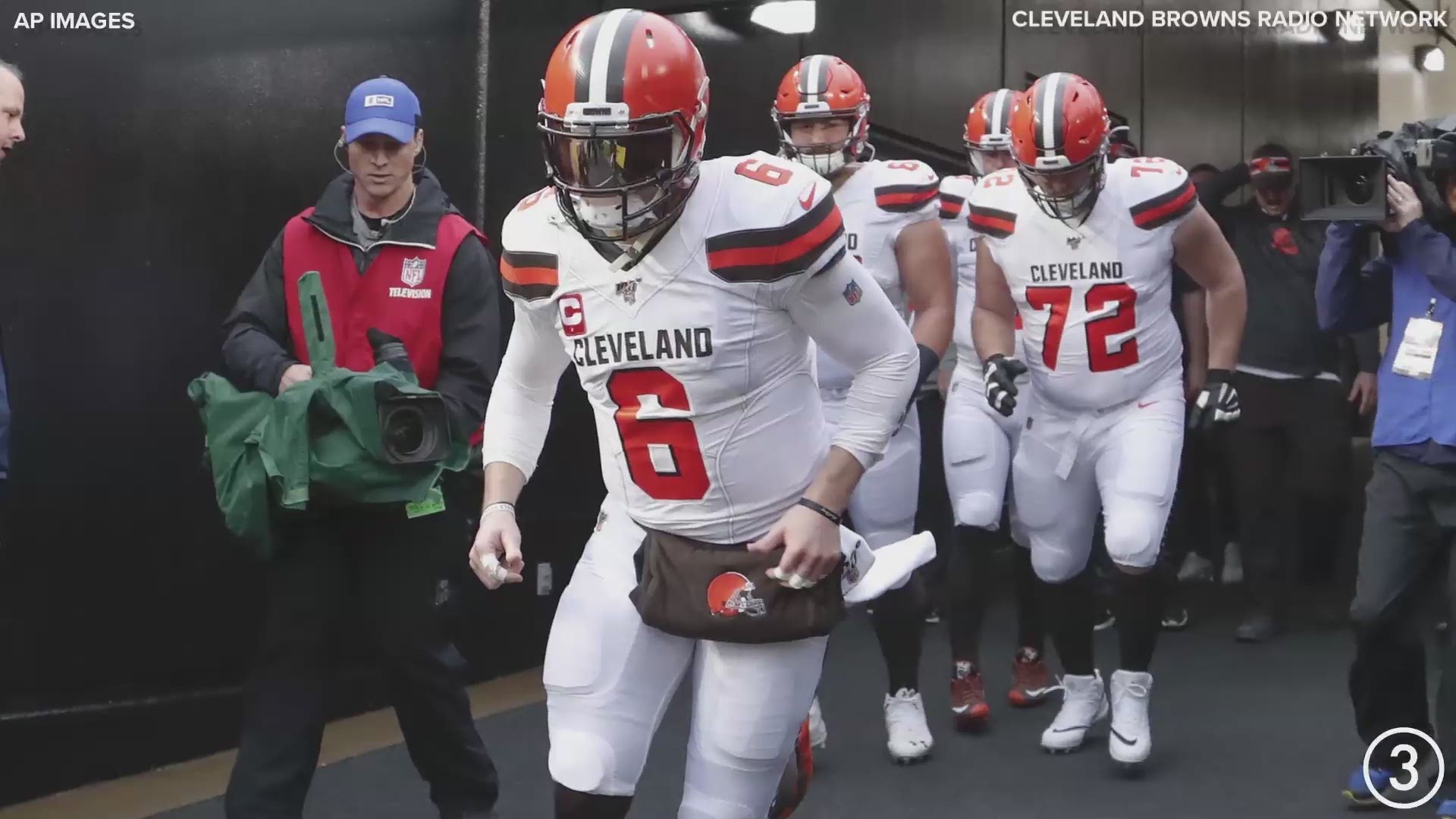 PITTSBURGH — CLEVELAND — So Pittsburgh started it.

And finished it as it turns out.

Like the Browns' playoff hopes, the t-shirt business in Cleveland is over today, too.

Given the circumstances—of which Freddie Kitchens wearing a "Pittsburgh Started It" t-shirt late last week played a mostly silly and inconsequential part—this was a disaster heaped upon a fiasco.

So many Browns seasons have ended in knockout punches in Pittsburgh, none with as few good reasons as this one. If you’re still counting, that’s 16 straight losses in Pittsburgh for the Browns.

This was by far the worst of them, if you need to justify punching your TV set.

The Browns lost to a Steelers team so far in the depth chart woods it was without its top running back, wide receiver and starting center, and had to use a duck call to find its starting quarterback.

None of that mattered. And, I mean, c’mon. How could it not?

Edges in talent haven’t mattered most of this season for a Browns team that squandered its advantages from the first week through it’s seventh loss of the season Sunday.

The Browns didn’t lose because Kitchens modeled a t-shirt his daughter bought him for his birthday. That picture just gets added to the list of things the Browns have done and said at various times this season that make you question their focus and approach.

Hodges threw for more yards, in part because the Browns hardly even managed to make him feel uncomfortable. Sacked just once he was.

The ground game advantage the Browns should’ve had with Nick Chubb and Kareem Hunt somehow amounted to a net loss. The Steelers ran for more yards.

Not only was Pittsburgh’s James Washington the only 100-yard receiver in the game, Odell Beckham Jr. had just three catches for 29 yards.

How did a Steelers offense that couldn’t manage more than one touchdown in a game over the previous month erase a 10-0 deficit for a 20-13 win? Not without a lot of help from a Browns team that never, in a once promising season, grasped how hard winning is in the NFL.

Running the table? What a joke that talk was.

But winning against a Steelers team minus Ben Roethlisberger, James Connor and JuJu Smith-Schuster? Doable even without Myles Garrett.

It would require, however, good tackling. Maybe a defensive back or two who turned their heads in pass coverage.

The Browns had neither—nor did they have Damarious Randall, who was inactive for non-injury reasons. We’ll no doubt hear more about that soon. When you do, it’ll be another reminder that pulling in the same direction continues to elude this team.

The most egregious example of bad tackling was how the Browns defense let the Steelers off their one-yard line after a downed pooch punt in the fourth quarter.

You don’t get to call yourself tough by taking head shots as the Browns did in the first Pittsburgh game two Thursdays ago. You prove your toughness by not letting a team that lost its starting center (Maurkice Pouncey) in the same fight-marred game push you off their goal line or run for 124 yards in a game where the quarterback’s arm isn’t a big threat.

The Steelers had good reason to lose this game. Down 10-0. A third-string quarterback. Instead. they decided they weren’t going to be the first Steelers team since 1988 to get swept by Cleveland.

As for the Browns, well, wow.

From the first loss of the season in the opener to this one, all they did is talk a good fight.