Francisco Lindor says Indians can afford to keep him: 'It's a billion-dollar team'

One day after the Cleveland Indians' 2020 season came to an end, Francisco Lindor discussed his future with the franchise. 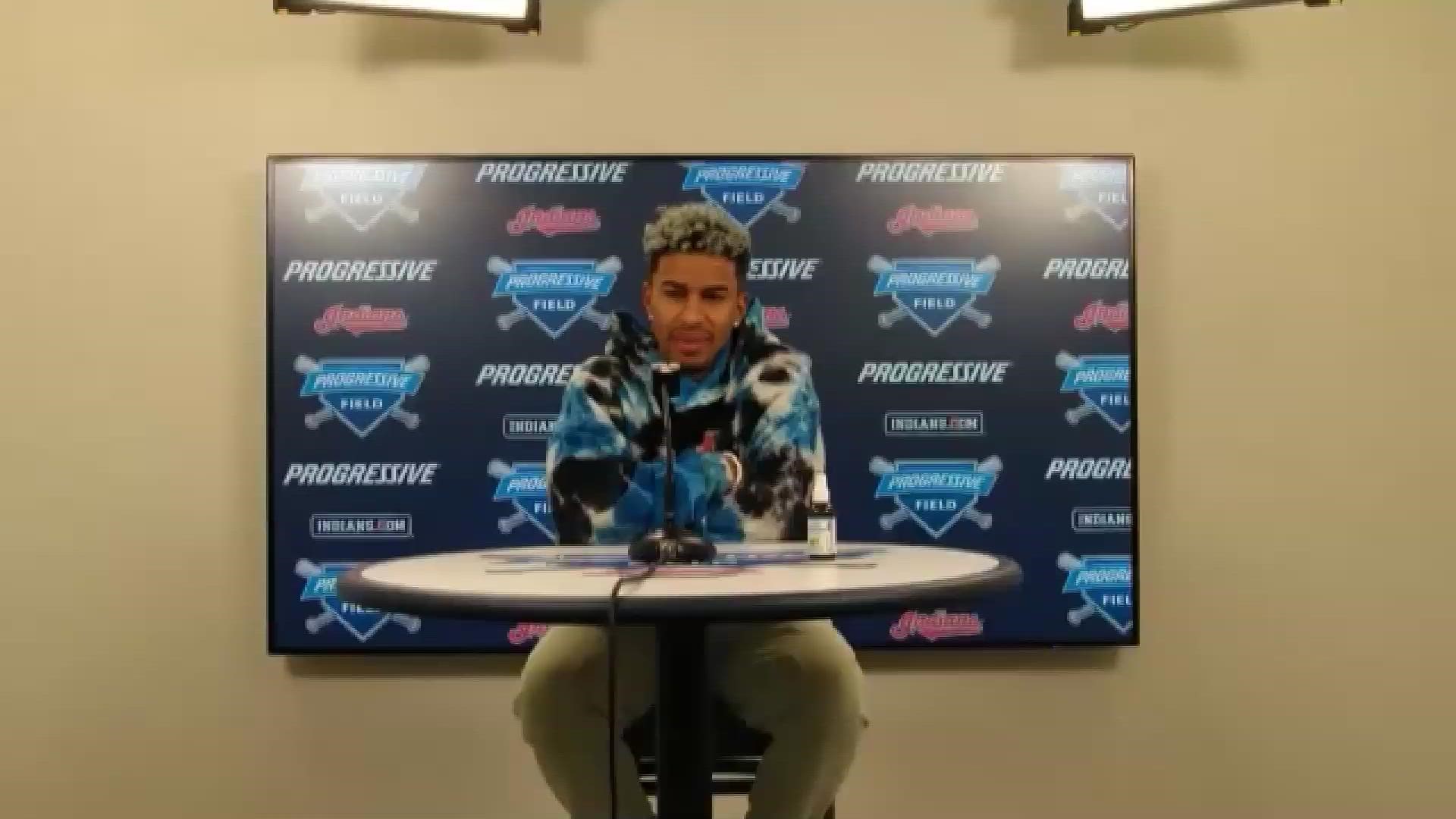 CLEVELAND — As Francisco Lindor prepares to enter the final year of his contract, many have assumed the Cleveland Indians will trade their franchise player because they won't be able to afford to keep him.

Speaking to reporters hours after the Indians' 2020 season came to an end with a 10-9 loss to the New York Yankees in Game 2 of the American League Wild Card Series, Lindor made it clear that he doesn't agree with that notion.

"Of course," Lindor answered when asked if he believes the Indians can afford to sign him to the likely mega-contract he's seeking. "It's a billion-dollar team."

To Lindor's point, earlier this year, Forbes valued the Indians at $1.15 billion -- a substantial increase from the $323 million that the Dolan family paid to purchase the franchise in 2000. Cleveland's recent payroll trends, however, hardly suggest that the team will be looking to increase costs anytime soon, with the Indians currently laying claim to the 24th payroll in all of baseball at $37.4 million, according to Spotrac.

That's not to say Cleveland hasn't been successful, as evidenced by the Indians having enjoyed eight straight winning seasons and four playoff appearances in the past five years. It would be tough to argue, however, that the team's decline in spending hasn't played a role in Cleveland going from Game 7 of the World Series in 2016 to eight straight postseason losses since going up 2-0 on the Yankees in the 2017 American League Division Series.

Asked if he believes the Indians should spend more, Lindor let out a laugh.

While Antonetti said earlier this year that there are a number of routes the Indians could go regarding Lindor's future, the team's recent track record would suggest a trade -- either this offseason or at next year's trade deadline -- is the most likely outcome.

Lindor, who said it's at least crossed his mind that he may have played his final game for the Indians, admitted that's an assumption that isn't necessarily undeserved.

"It's not a surprise. It makes sense," the 26-year-old Lindor said. "It is what it is. You can't cover the sky with one hand. It makes sense. It's the reputation this organization has. It is what it is. On the other hand, I can't control the future. I can't control the moves this organization makes. What I do control is how happy I am and how hard I work."