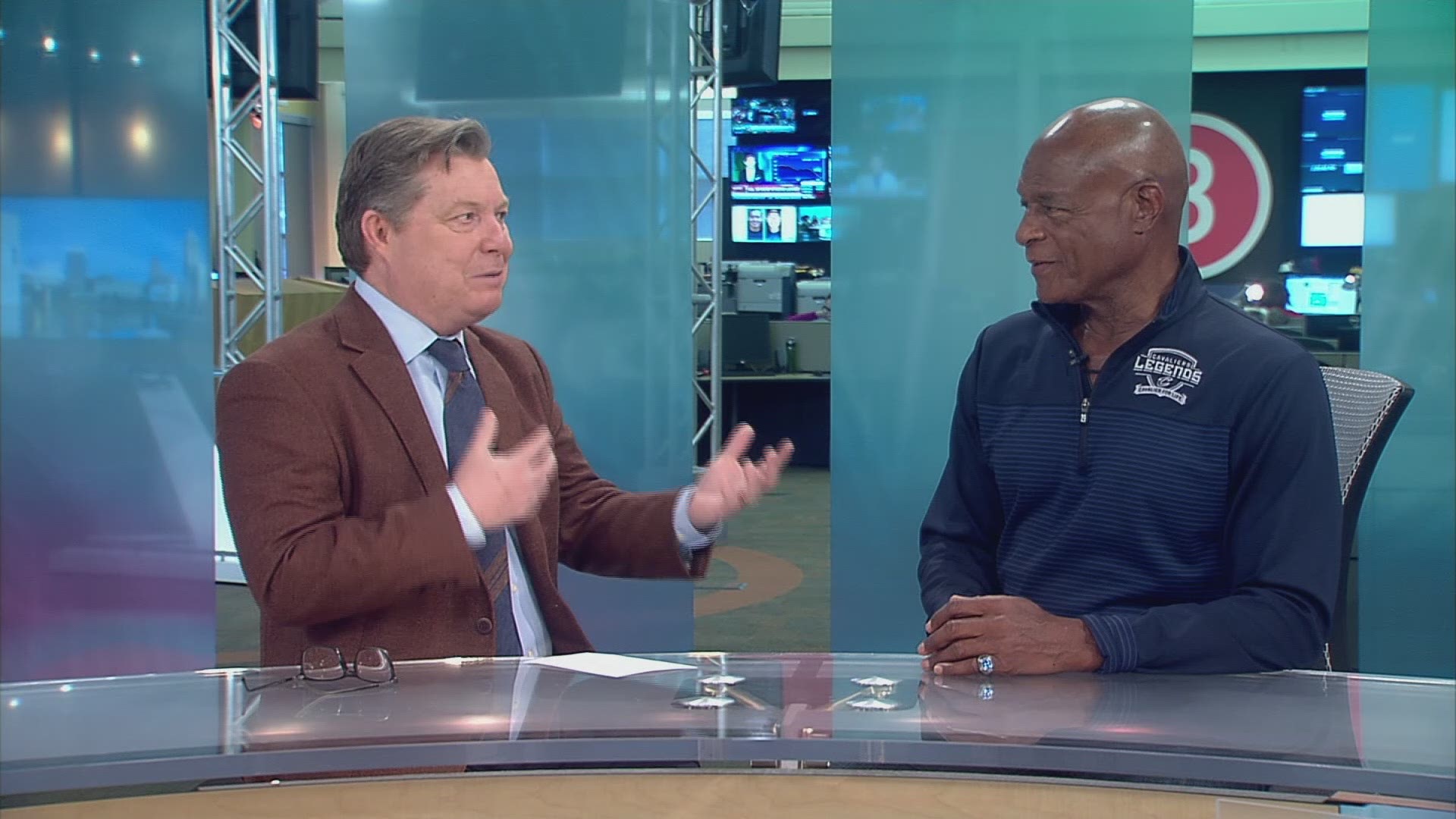 CLEVELAND — Editor's note: You can see the full interview with Austin Carr and Jim Donovan in the player below.

“I wasn’t quite feeling dangerous. It was just kind of a normal day," the former Notre Dame star said. "We had a regular little pregame meal, eggs and such, and that was about it. The only thing I had was I wanted to get past that round.”

And while the Fighting Irish would do just that with a 112-82 victory over Ohio University, an otherwise ordinary first-round victory would turn historic thanks to Carr's NCAA Tournament record 61-point performance.

On the eve of the 50th anniversary of his milestone -- which still stands as the top-scoring performance in NCAA Tournament history -- the Cleveland Cavaliers great reflected on his 61-point showing with 3News' Jim Donovan.

"People don’t realize you have to be in great condition to do that, especially with the type of team we had because we didn’t have a lot of help," Carr said. "I had one other guy named Collis Jones who scored about 20, 25 points a game and that was it."

A junior at the time, Carr's performance against the Bobcats would mark the start of a historic scoring surge, which included a 52-point showing in Notre Dame's second-round loss to Kentucky. In a loss to Iowa in the third-place game of the Mideast Regional Third Place, the 6-foot-4 guard scored 45 points and as a senior, he totaled separate performances of 52 points and 47 points in the NCAA Tournament.

Byt the time his storied college career had come to end, Carr laid claim to three of the top five scoring totals in NCAA Tournament history, and five of the top 13.

Despite the uptick in playing pace and the inclusion of the 3-point line, Carr's 61-point special -- which surpassed Bill Bradley's 58-point showing in 1965 -- still stands as the NCAA Tournament record five decades later. And while admits that he used to fret about the record' longevity, "Mr. Cavalier" now says he understands that "records are meant to be broken."