Speaking to reporters on Thursday, Cleveland Browns defensive end Myles Garrett addressed the NFL's response to the civil unrest in the United States. 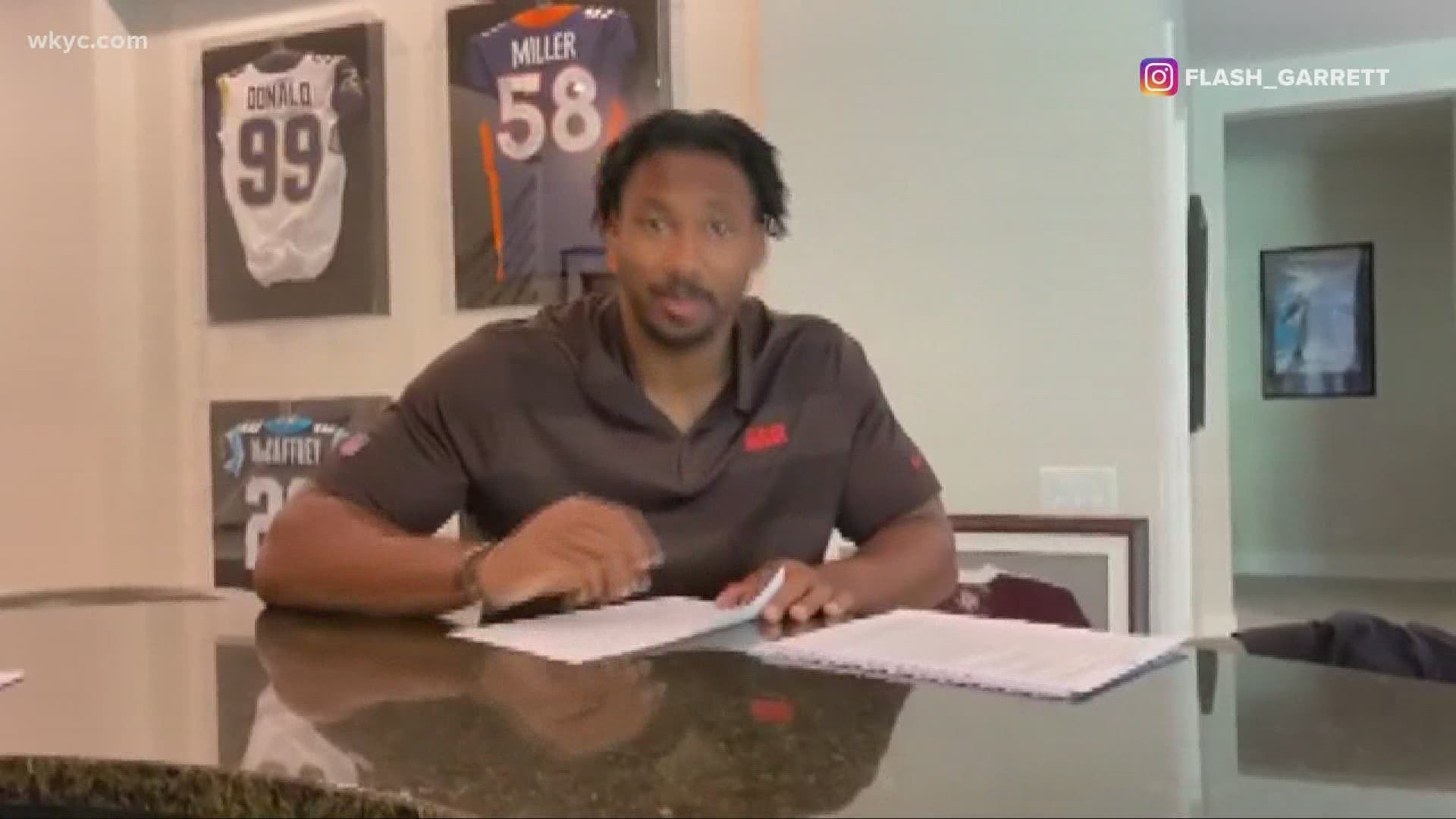 CLEVELAND — Like many other players in the league, Myles Garrett has spent the weeks since George Floyd's death using his platform to promote causes of racial equality.

But when it comes to the NFL's response, the Cleveland Browns defensive end believes the league could be doing more.

"I feel like they should have a bigger voice," Garrett said on Thursday during a conference call with reporters after signing a 5-year, $125 million extension with the Browns. "They have so much access to resources to speak up."

The 2018 Pro Bowl selection went on to state that he believes the league owes an apology to Colin Kaepernick, who has not played professional football since the 2016 season. In 2019, Kaepernick settled a grievance filed against the NFL, which alleged the league colluded against signing him due to his practice of kneeling during the national anthem to protest police brutality and racial discrimination in the United States.

"I believe Kap deserves an apology," Garrett said."It's one thing to stand behind us in supporting our efforts, but they should be standing beside us in what we're doing."

In the wake of Floyd's death and the civil unrest in the United States that followed, several NFL players -- including Browns receivers Jarvis Landry and Odell Beckham Jr. -- took part in a video demanding action from the league. NFL commissioner Roger Goodell responded by releasing a video adhering to the players' requests and admitted the league was wrong "for not listening to NFL players earlier and encourage all to speak out and peacefully protest."

Garrett, however, believes that's not enough.

"There's a lot of players, big and small in their stardom, trying to do things for their hometowns or where they play and the areas that have been affected," he said. "I feel like they should be right beside us trying to lead the charge."

As for his own personal actions following Floyd's death, Garrett paid for the funeral of David McAtee, a BBQ chef in Louisville who was shot and killed by police while unarmed in June. Garrett also reached out in an attempt to pay for the funeral of 77-year-old David Dorn, a retired police captain who was shot and killed by a man looting a St. Louis pawn shop, but was unable to connect with Dorn's family.

If anyone can get me in contact with the family, I’ll take care of anything they need. No body cams??? Not one? Then left his corpse on the street? FOR 12 HOURS? Nah man, this is despicable. He deserved better. #DavidMcAtee https://t.co/Du9QFGAX58