The team had to close its facility after two more positive COVID-19 tests among its players. 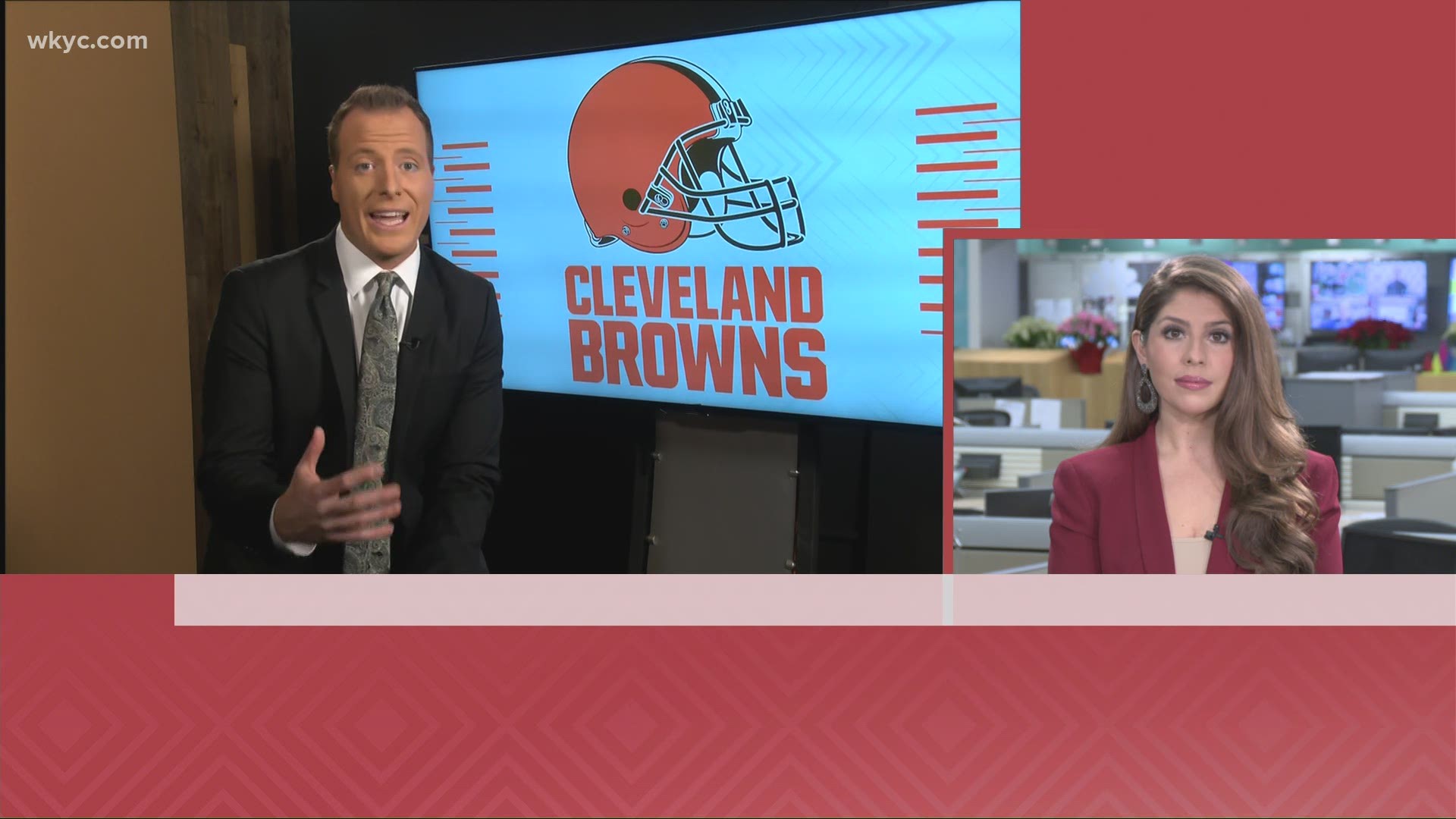 BEREA, Ohio — Another hit for the Cleveland Browns came Thursday, as the team confirmed two more players have tested positive for COVID-19.

The team released the following statement around 9:45 a.m.:

"The Cleveland Browns were informed of two additional positive COVID-19 test results among our players this morning. The Browns facility is currently closed while contact tracing is conducted to identify any high-risk close contacts. The team will continue to work remotely this morning while following the NFL-NFLPA intensive protocols as the health and safety of our team, staff and the entire community remains our highest priority."

While the club did not release the names of those who tested positive due to NFL rules, multiple media outlets reported the individuals are linebacker Malcolm Smith and former Pro Bowl cornerback Denzel Ward. Both were placed on the team's reserve/COVID-19 list and will miss Sunday's game against the Pittsburgh Steelers along with tight end Harrison Bryant, who is also reported to have tested positive.

This update comes after the Browns shuttered -- but later reopened -- their facility in Berea on Wednesday following a pair of positive coronavirus tests, although 3News' Ben Axelrod confirmed the player involved was a practice squad member. On Tuesday, three players were placed on the reserve/COVID-19 list, including Bryant along with safeties Karl Joseph and Andrew Sendejo.

"We are in constant communication with the league and with our medical staff and finding out what we can do," head coach Kevin Stefanski told reporters. "We are getting our work done. We are just going to really lean heavily on the medical professionals and follow their guidelines, and that is what we have done to date."

The loss of Ward is a particularly big blow for the Browns, as he has emerged as one of the NFL's top defensive backs this season. Despite missing three games already with injuries, the former Nordonia and Ohio State start has recorded two interceptions and 18 pass deflections while providing a spark to an otherwise-lackluster secondary.

The veteran Smith has proved to be a solid piece at linebacker since being signed in the offseason. The Super Bowl XLVIII MVP with the Seattle Seahawks, he has 72 tackles to go with a sack and an interception this year. He will be one of two Cleveland linebackers to miss Sunday's matchup, with B.J. Goodson still recovering from COVID-19.

In better news, the team did activate four receivers (including five-time Pro Bowler Jarvis Landry) and one linebacker from the COVID-19 list Thursday. All missed last Sunday's loss to the New York Jets due to health protocols, but are expected to play this weekend against Pittsburgh.