'The Voice of the Browns' is looking for improvement in the red zone and for Baker Mayfield to have under 30 pass attempts as a pathway to victory. 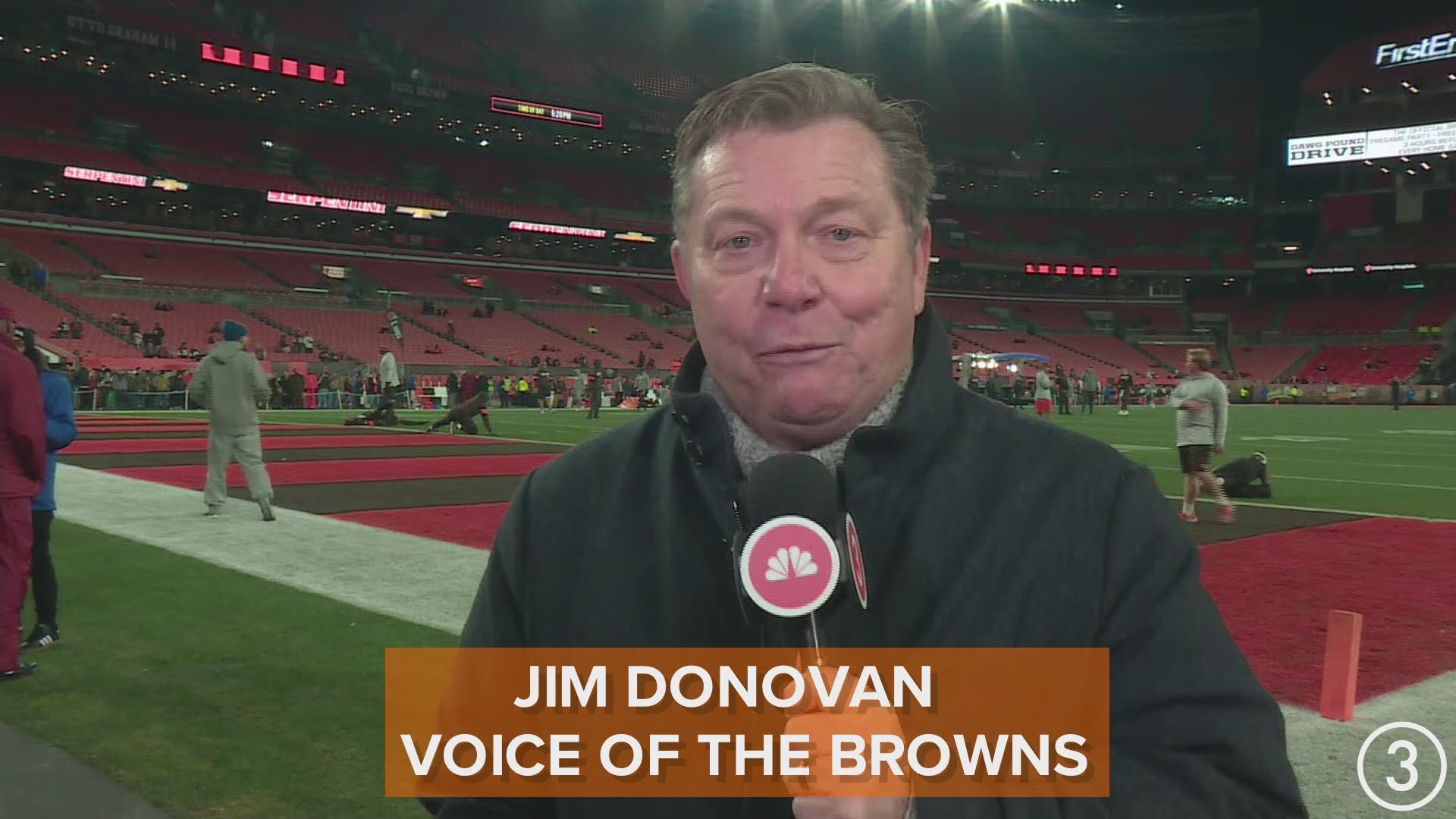 CLEVELAND — For the Cleveland Browns, pretty much every game from here on in is a must-win if they want to keep their playoff hopes alive.

It was a struggle, but the Browns were able to get past the Buffalo Bills last weekend to snap a four-game losing skid. Now, can they switch gears after a quick week and beat the Pittsburgh Steelers tonight?

RELATED: 3 things to watch for: Cleveland Browns vs. Pittsburgh Steelers

'The Voice of the Browns,' Jim Donovan, laid out the keys to success during last night's edition of Donovan & Dino.

"One thing you'll notice is the Browns have changed their whole approach in the red zone. You'll see different plays and different players, including Nick Chubb and Kareem Hunt on the field at the same time," Jimmy told me. "That's really encouraging to me."

The Browns have to be able to execute inside the 20. They need to finish drives and not leave any points on the field against a very good Pittsburgh defense.

Keep an eye on the number of attempts for Baker Mayfield tonight. "The Steelers have a great defense with a really good secondary that gives their pass rush more time to get to the quarterback," Jimmy said. "I think if Baker Mayfield is under 30 pass attempts tonight, that will tell you that the running game is working and if it's working, I think they can win."

Both Jimmy and I thought that Denzel Ward had a superb game against the Bills last week. For the first time in 2019, he looked like the guy who was a Pro Bowler in his rookie season. Can he build on that and be a playmaker? Remember when Pittsburgh was at FirstEnergy Stadium last year, Ward picked Ben Roethlisberger off twice. If the Browns can rattle Mason Rudolph and the Steeler offense into some turnovers tonight, they can be successful.

Watch Donovan & Dino as we preview the Browns-Steelers game in the player below: