The beloved bullmastiff died unexpectedly last week at the age of 6. 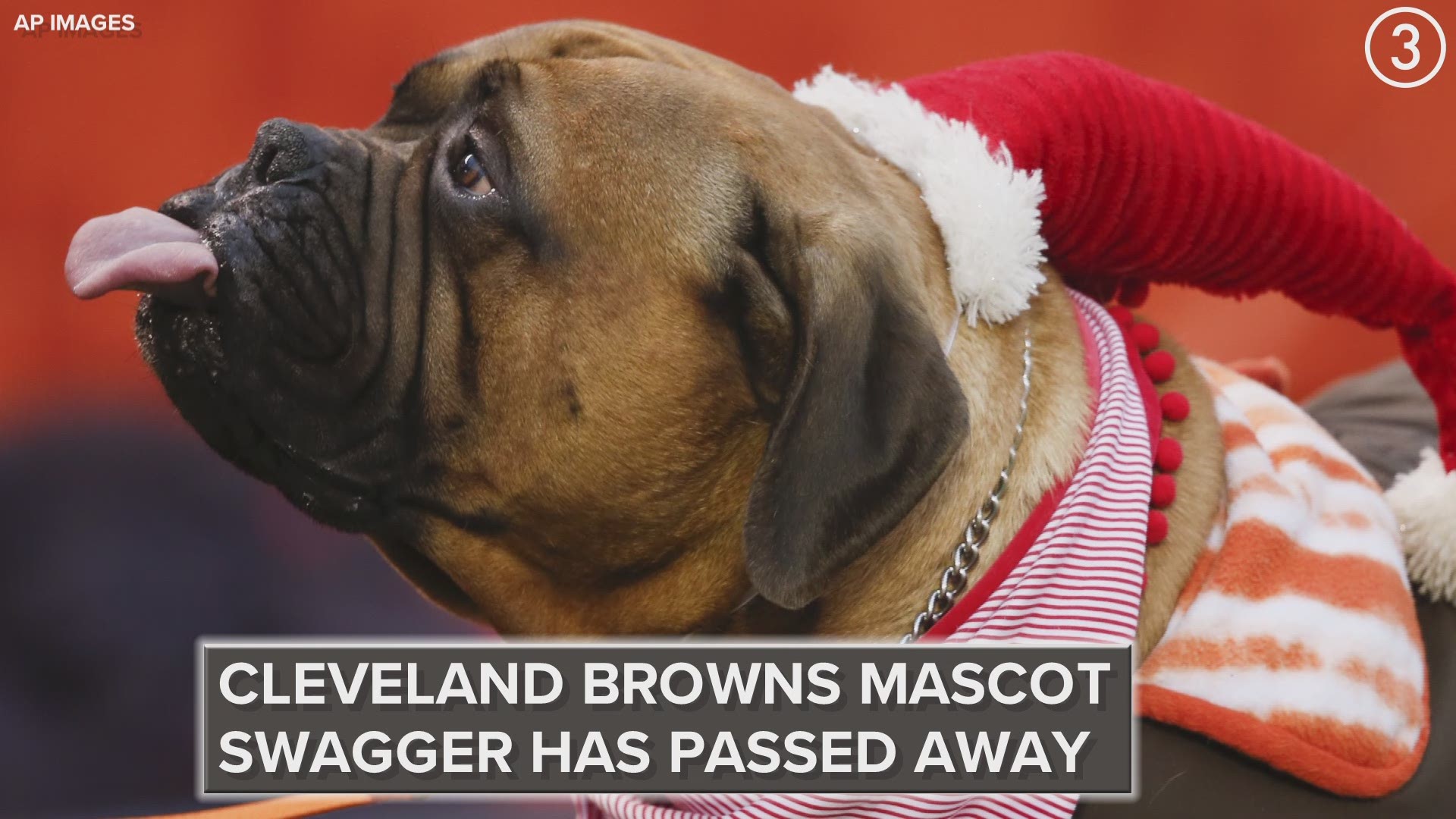 WILLOUGHBY HILLS, Ohio — Family and Browns fans will have the opportunity to say goodbye to Swagger, the team's beloved bullmastiff mascot.

DeJohn Funeral Homes in Willoughby Hills will hold a public memorial service for Swagger next Saturday, Feb. 22. Visitation will take place from 1-3 p.m. and be followed immediately by a celebration of life service. Members of the community are welcome to attend.

"While we are very sad to have Swagger leave us, we know he brought much joy to families and children that visited the stadium," Ross DeJohn Jr. DeJohn's CEO and funeral director, said in a statement. "A lifelong Cleveland fan myself, we feel fortunate to host this opportunity to join in his celebration of life."

Swagger was born on July 20, 2013 at FD Farms in Rootstown, and began running out of the tunnel before all games at FirstEnergy Stadium a year later. While the Browns were often near the bottom of the NFL standings, the dog always proved to be a beloved bright spot for the team and its fans.

Credit: Winslow Townson/AP
Cleveland Browns mascot Swagger sits outside his dog house during an NFL football game against the Pittsburgh Steelers at FirstEnergy Stadium in Cleveland, Ohio on Sunday, January 3, 2016.

Swagger retired this past season following the Week 6 game against the Seattle Seahawks, and was replaced by his son, SJ. Sadly, Swagger passed away unexpectedly last week from a stroke at the age of 6, and his handler revealed he had also been battling cancer for roughly a year.

"We are saddened to have lost Cleveland football teams' first live mascot. Hosting a memorial service for the community is an opportunity for his family and fans to say goodbye and for our community to gather and remember Swagger. Pets are a very special part of the family and should be treated as such. We care for a family’s pet with the utmost dignity, respect and compassion by people who are pet parents."

For more information on the services for Swagger, visit DeJohnPetServices.com.