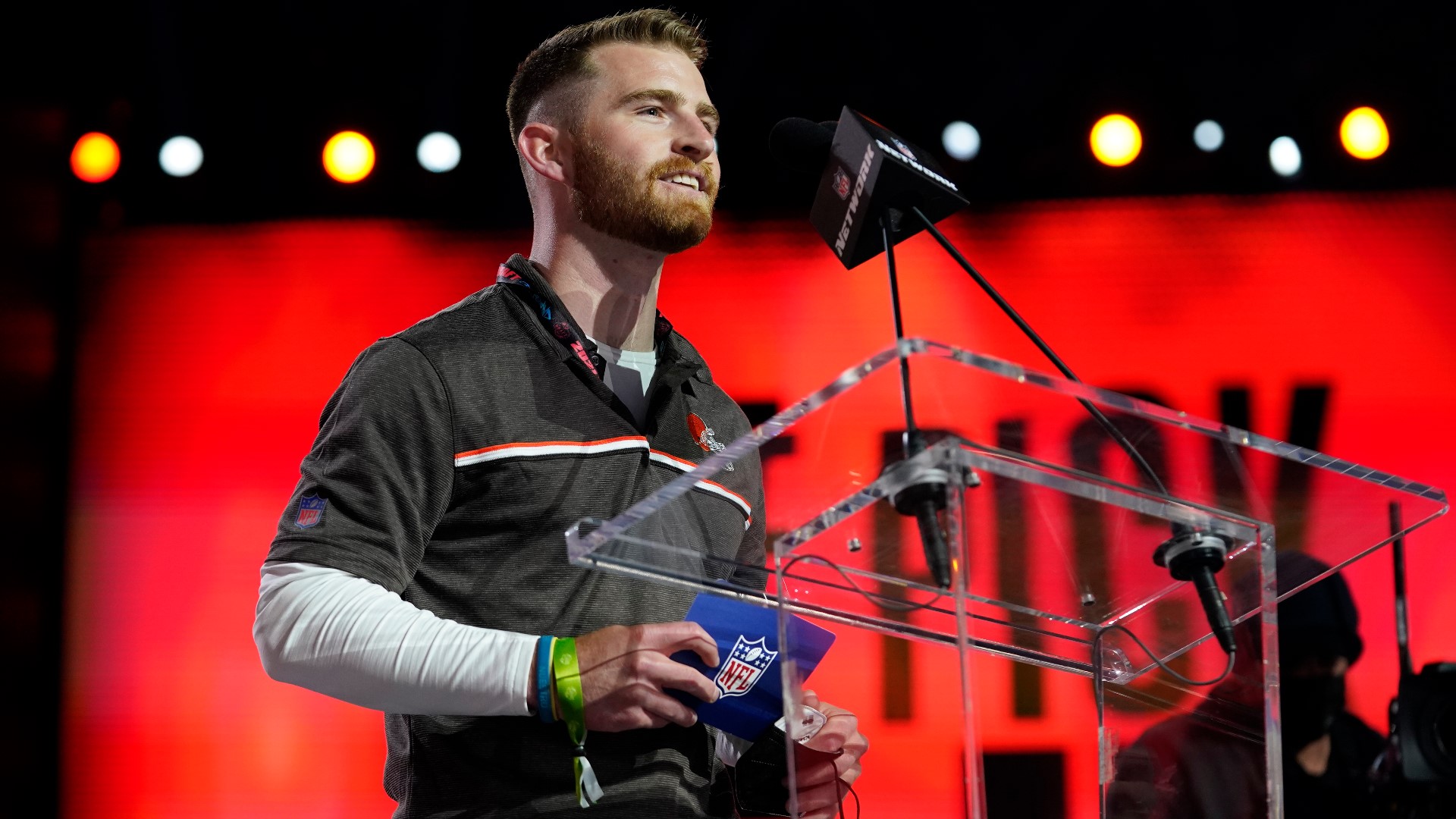 CLEVELAND — The NFL Draft isn’t just thrusting new players into the spotlight. It's also about fans and individuals who are specially selected to announce team picks. This year, with the event in Cleveland, that list includes Lake Catholic High School football coach Marty Gibbons.

"To be able to do this and represent the city of Cleveland, which is the place I grew up, the place I love, I couldn’t ask for anything cooler," Gibbons told 3News.

He was chosen as the Cleveland Browns High School Football Coach of the Year after he led the Cougars on an improbable run to the OHSAA Division IV state championship game. The honor brought a surprise grant for his football program as well as the opportunity for Gibbons to announce the Browns' second-round selection.

'I'm just going to go out there and do the best that I can to represent our city and our community," Gibbons said before he took the stage. "I think it means too much to us as Clevelanders."

The special guest announcers are something the NFL has been doing for a while as something to help engage the community around the teams. It's especially true in the city playing host to the draft.

"There's obviously the piece of it where the NFL takes over," Roman Oben, the NFL's vice president of football development, said. "You come in the city, downtown is blocked off and fans are involved, but in terms of involving the whole community, having other people do picks and clubs do local picks, it kind of galvanizes everyone around the draft."

Gibbons has been excited all week, and watched round one of the draft a little differently. He paid special attention to the announcements and took mental notes of what to do.

As night two inched closer, he had a plan ... sort of.

"I think it’s going to be a feel thing," he said. "I totally have thought about a few things to say, definitely use some enthusiasm, for sure."

Then, the moment arrived, a little earlier than expected. After the Browns traded up a few spots for their selection, Gibbons was in the spotlight. He's made a living out of critiquing high school football players and reviewing student's health exams in Mentor, but tonight, it was his turn for a grade.

"I don’t know, I think like a B-. Needs improvement," Gibbons said of his announcement of Jeremiah Owusu-Koramoah as the 52nd overall pick. "I thought I did alright. It was a trade, and it happens quickly. You get up there and everything is moving fast. They loved the pick, so you've got to love that.

Skip to 3:00 to see Gibbons announce the pick:

As far as how his students and players thought he did, Gibbons said he had 184 text messages waiting on him after he announced the selection, so it might be awhile before he determines the grade they gave him.