At Put-in-Bay, the party goes on despite the pandemic

Visitors are flocking to its hotels and restaurants. 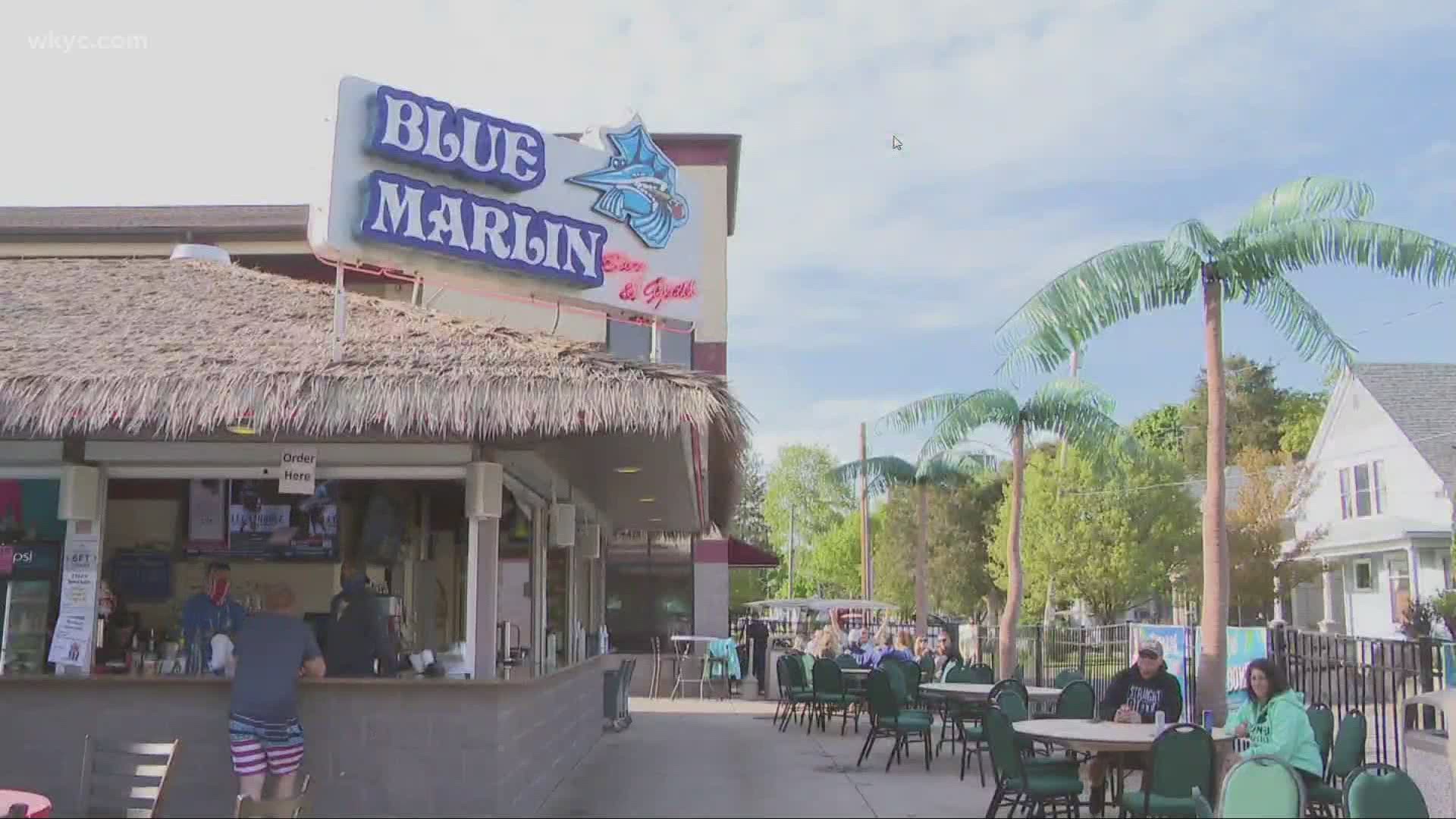 PUT-IN-BAY, Ohio — Memorial Day weekend is a big tradition on Put-in-Bay and a kickoff to summer.

But with restaurants and bars only recently reopening in Ohio, there were fears that this season could be a bust.

Yet Saturday proved to be quite the opposite.

Despite a pandemic, the party did not stop, as performers such as DJ A-Dubb took the stage at Blue Marlin Bar & Grill.

“I said, ‘it’s going down.’ I informed everybody on facebook and every kind of social media,” he said.

The island was alive again.

“It’s so nice to bring the normalcy back,” said Natalie Earl, who was enjoying the afternoon on a patio.

Yet a lot did look different.

Pools and hot tubs were closed, and in some cases, yellow tape surrounded them.

There were fewer tables at bars and more people were sitting.

There was no dancing and no way into Perry’s Victory and International Peace Memorial.

According to Peter Huston at the Put-In Bay Chamber of Commerce, lots at the campground were spaced out--and sold out.

RELATED: Planning on camping in Ohio this weekend? Here's what you should know

“I hope people keep coming,” Mayor Jessica C. Dress said. “We were looking at budget cuts, we’ll still be looking at those, but I’m not quite as on edge about them as I was before.”

Just a few weeks ago, no one really knew what the weekend would look like.

A spokesperson for the Put-In-Bay Visitors and Convention Bureau said it was only when Governor DeWine opened things up that rooms filled up and led to their biggest one-day total ever in reservations.

“We’re sold out,” said Terrill Harvey of the Put-In-Bay Resort and Conference Center. “I think it’s going to be really decent. We just have to put those social distancing guidelines in place.”

“This weekend shows that people do trust us to take care of them and make sure that they’re safe and show them a good time,” Christensen said.

Still, there did not appear to be a lot of mask wearing around the community. Ferries remain on limited schedules due to COVID-19 and high water.

Lt. Michael Russo with the police department tells 3News there has also been a rise in bad behavior.

In the past week, police issued 63 criminal violations. Last summer, Lt. Russo said there were 193.

RELATED: Take a virtual ride on every Cedar Point roller coaster while the park remains closed due to coronavirus