3News' Mike Polk Jr. reflects on memories of his dad, Mike Polk Sr. (and plays some trivia, too) 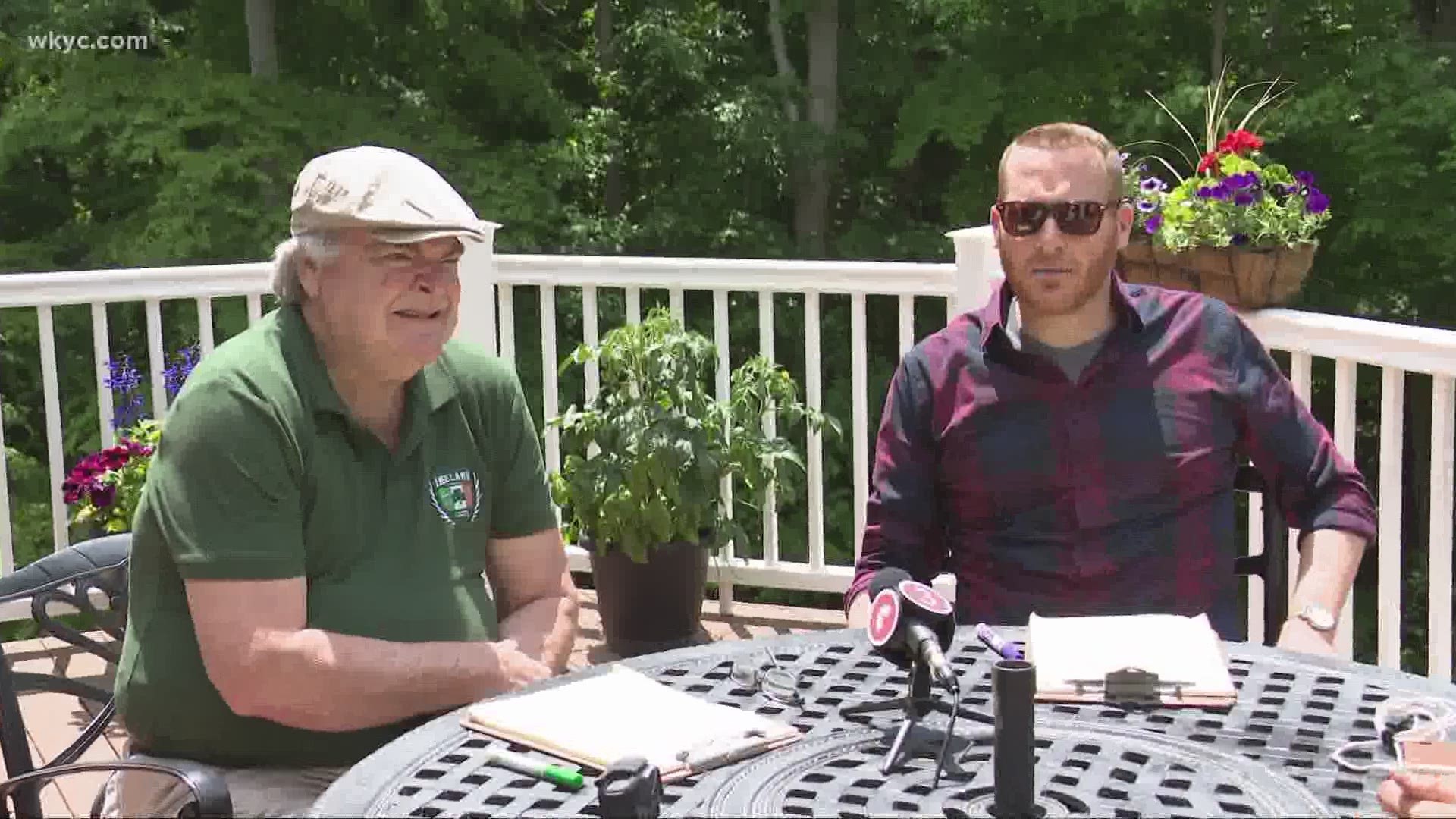 LAKEWOOD, Ohio — My parents owned a small furniture store when I was a kid. The nice thing about being born into a struggling family business is that you don’t have to spend a lot of time deliberating about what your first job will be, because you were unknowingly conscripted into the employ of your parent’s specific vocation upon your birth.

If your parents owned a bakery, congrats! You get to work in a bakery! Do your folks own an auto-repair shop? You’ll be that rare 7th grader who even knows how to do oil changes on complicated European sports cars.

The age at which I started delivering furniture professionally is a topic of dispute between my parents and myself, with both parties likely embellishing the truth in order to portray their case in a more favorable/sympathetic light.

My parents contend that I was at least 12 years old when I started delivering regularly whereas I have vivid recollections of delivering a particularly unwieldy roll-top desk at the age of 3. But I don’t believe that they started actually making me drive the truck until I had turned 5.

We agree to disagree.

I bring this up, not to relitigate the past and draw attention to clear, decades-old child-labor violations. What’s done is done.

I was just thinking about a quote that my Dad used all the time when we’d be hurriedly unloading a semi-truck full of furniture and into the store.

Due to time constraints we’d some times stack the new inventory into a precarious situation, just temporarily until we could get everything off of the truck and reconfigure it properly.

I’d some times raise my concern.

“That doesn’t seem safe. Are you sure that’s gonna be okay there dad?”, I’d inquire.

While this was inarguably true it’s admittedly not a particularly proactive philosophy. But I always appreciated the simplicity of it, and I still use that phrase fairly-often and primarily in non-furniture moving related situations.

Because there’s actually a lot of wisdom in it. What he was really saying was:

“Yes son, I recognize that this situation is not ideal and that this decision could result in some issues down the line, but time is of the essence at the moment, and some times you just have to handle things in the moment, hope for the best, and leave it to the fates to decide what the future holds.”

That’s probably not really what he was thinking, of course. He most likely just wanted me to shut up and keep unloading the truck. But that’s what I took from it and it has served me well.

And so in honor of Father’s Day here are some other classic Mike Polk Sr. Axioms that have stuck with me and that I’ve adopted as my own.

“You can’t get blood from a turnip.”

Used almost exclusively in financial matters, typically when engaged on the phone with an aggressive but outmatched creditor who is hoping to collect upon a legitimate debt.

“What are you doing, posing for Holy pictures?”

Used when he is disappointed to see a group of people who are sitting around listlessly and either not taking action on a task he wishes to see completed or, in social settings, not partying as hard as he would like them to be partying.

His go-to response to requests posed by his children in the event that the request in question should be remotely controversial or difficult.

“No blood no sympathy”.

While it sounds like it should be a framed, motivational quote hanging on a wall in the Cobra Kai dojo, this was his standard response to any injury presented to him that did not involve a visibly-broken collarbone.

Happy Father’s Day to all the dads out there and thanks for your patience, love and wisdom.

Watch the video in the player above to see Mike Polk Sr. and Jr. play a trivia game, in honor of Father's Day.

RELATED: It's World Redhead Day - here's everything you ever wanted to know about your ginger friends

RELATED: Mike Polk Jr. has some thoughts on Ohio's reopening

RELATED: Mike Polk Jr.: Have you tried the 'patience challenge' with your kids?