'21 Strong: A voice for John, so that no one else will suffer in silence 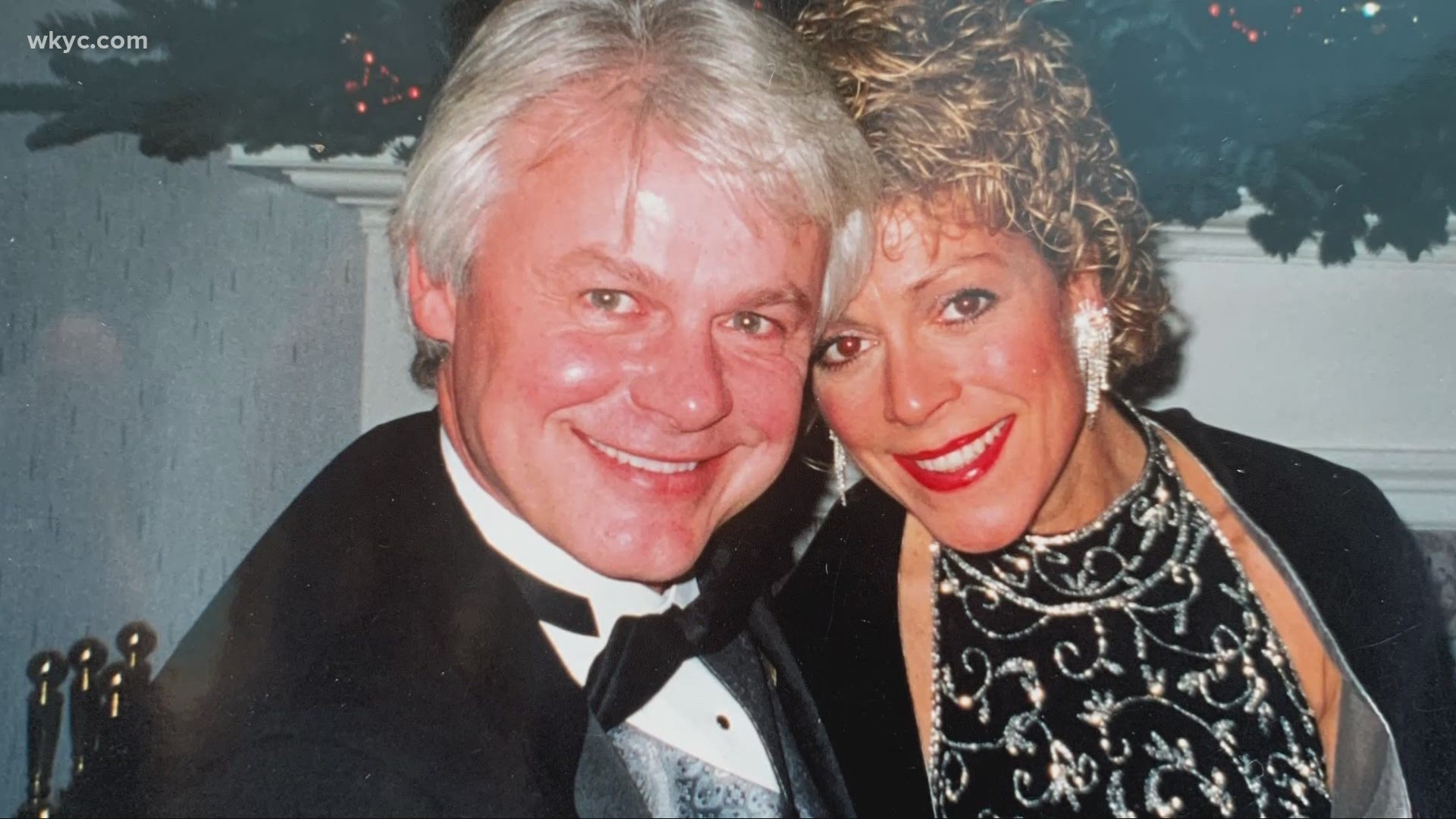 CHAGRIN FALLS, Ohio — Loree Vick is known to many as a broadcasting veteran and media relations pro, at ease in front of cameras and crowds.

But right now, she is anything but at ease.

"This pandemic that we're in is going to be leading to the next pandemic, which is a mental health pandemic," Loree said matter-of-factly.

All age groups are at risk, but Vick's biggest concern is young people, pre-teens and teens, and the 12 months of isolation they've endured.

"It's the lack of extra-curricular activities, not being with their friends, spending 75% of their waking hours on screen time instead of with people," she said.

Vick's focus is to help people and erase the stigma surrounding mental illness. It's a purpose borne from her life’s greatest sorrow.

"Fifteen years ago, my husband of nearly 25 years, John, lost his battle with depression and died by suicide."

She describes John as a vibrant man who was smart and outgoing. He had a great group of friends and a family that adored him.

"People thought his life was charmed and he had everything, but he also had a mental disease," Loree said. "He was able to mask it until he wasn't able to mask it."

Credit: Loree Vick
Today, Loree Vick is using the pain of John's death to help children and young adults. "If we can identify young people who are having struggles early in life, then we can get them the help they need to go on and live productive lives."

Shortly after his death, a friend told Loree, "Don’t waste that pain." She wondered how she could turn that pain into purpose. A few months later, Loree heard of "LifeAct."

"LifeAct is an organization that helps young people identify the signs of depression and anxiety and mental illness to prevent suicide," Vick said. "As John was struggling in a downward spiral, which was about three years, I learned a lot about his early childhood which I didn't know, and I believe that the seeds of his depression were planted early in life."

This understanding became a vehicle for Loree.

"If we can help identify young people who are having struggles early in the life, then we can get them the help and treatment that they need to go on and live productive lives," she explained.

Credit: LifeAct
LifeAct is an educational program, for middle school and high school students, which educates young people to recognize the signs of depression in themselves and their peers.

Today, she uses John's legacy to help young people before they learn to "mask," just like John.

"We have to get at these young people, get them good mental health before their brains become hardwired," she said.

To date, LifeAct has presented its program to 280,000 students. Students from middle school to high school are taught how to recognize signs of depression in themselves and their friends.

"Twelve percent of the students to whom we deliver our program reach out and say that they are at risk," Vick said. "LifeAct has strong connections. We are not counselors, but we have strong connections We get kids the help they need."

Right now, kids need help more than ever: A survey conducted the National 4-H Council over a 10-day period in May found teens increasingly worried about their mental well-being. Sixty-one percent of students with no prior mental health concerns reported increased feelings of loneliness, and 43% reported symptoms of depression.

Even as schools went remote, LifeAct never stopped providing help. They are staying connected – by computer, by phone, whatever it takes.

Credit: Loree Vick
"You can't love someone through mental illness. You CAN love them enough to get them the professional help they need." -- Loree Vick

"We know we have saved lives," Loree remarked.

It is the greatest gift from a life Loree Vick never could have imagined. She is strong and steadfast in her calling: That we be courageous enough to talk openly and honestly about our mental health and the mental health of those we love.

Watch our full interview with Loree in the player below:

You are not alone: