The roar of dinosaurs will soon be silenced at Cedar Point to make room for the all-new 'Forbidden Frontier' experience. 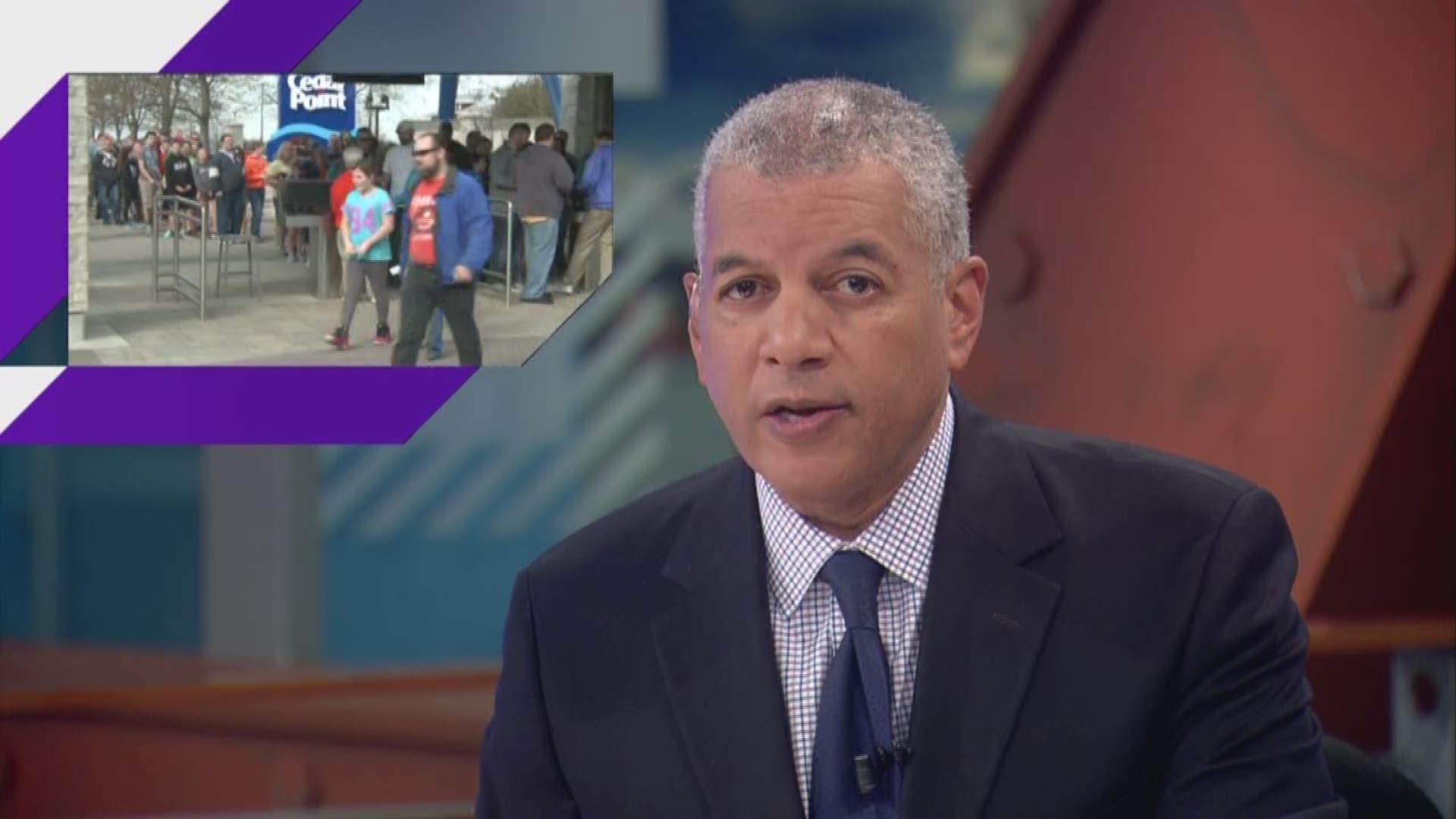 SANDUSKY, Ohio -- The dinosaurs at Cedar Point are going extinct. 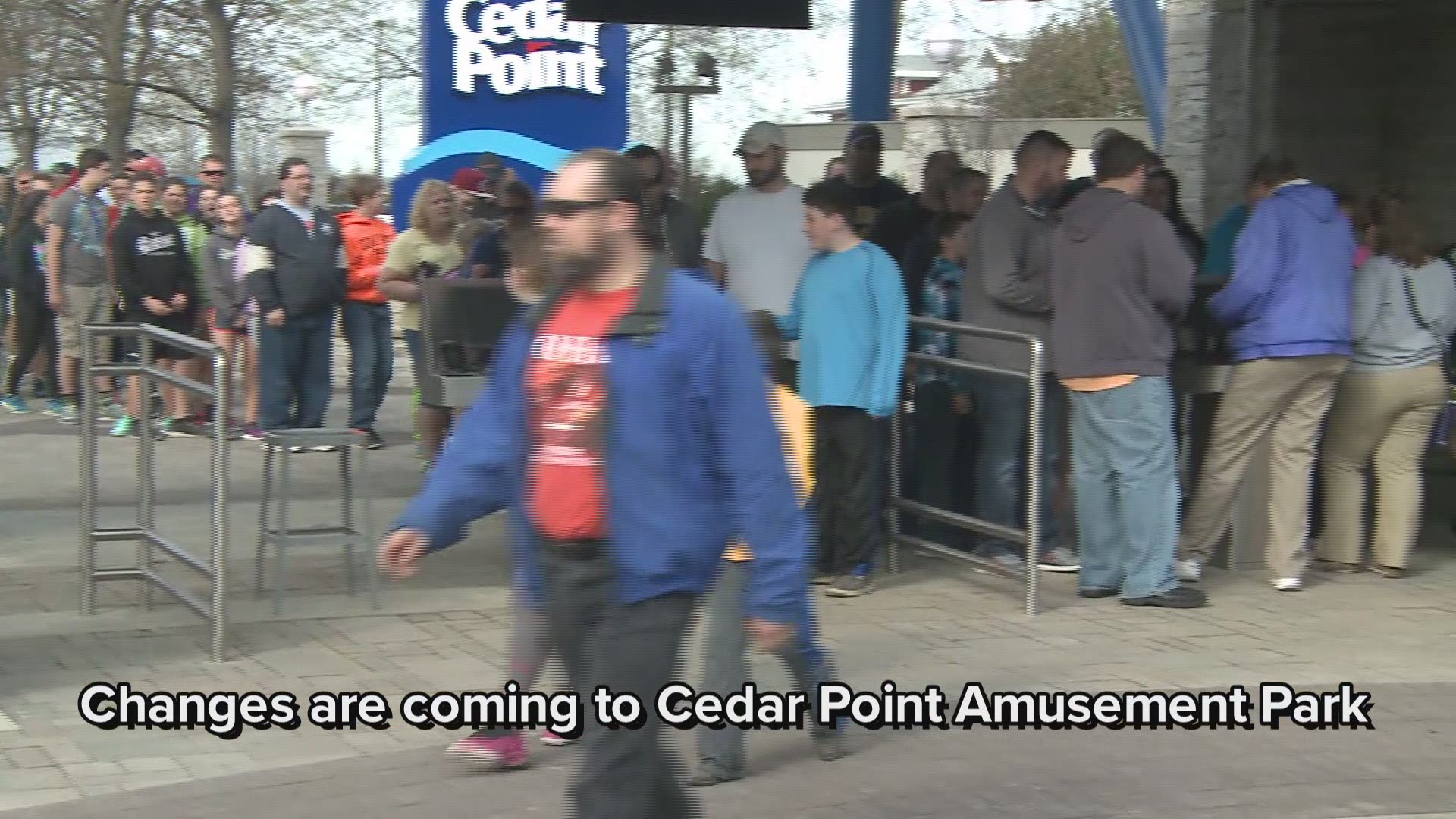 This closure leaves behind a massive amount of land on Adventure Island, which sits in the shadows of Millennium Force. So what will go in place of Dinosaurs Alive! next summer? Cedar Point revealed they are adding the "Forbidden Frontier" on Adventure Island for 2019.

Grab your map and prepare for a minute-by-minute real-life adventure, where you and others are challenged, questioned and pushed to the limits in both brain and brute power. Be immersed in interactive encounters with the island inhabitants, push yourself with physically active challenges that test your resourcefulness and fortitude! It's your job to discover and uncover all that you can; to solve the mystery surrounding the Forbidden Frontier, and return to tell the tale. Every ending is different and determined by you and the secrets you unlock!

Park spokesperson Tony Clark said this announcement would leave us with more questions than answers. He was right.

After our announcement at 2, it's a guarantee you will have more questions than answers, and that's the fun of it.

Cedar Point continues to evolve each year, and I hope you're just as excited about that as I am!

Dinosaurs Alive! made its debut at Cedar Point in 2012, which resulted in the closure of the Paddlewheel Excursions ride. Now both attractions have met their demise.

If you never experienced the up-charge dinosaur attraction, here's how Cedar Point describes Dinosaurs Alive! on its site:

Long before coasters, dinosaurs ruled Cedar Point...and now they're back! Come face-to-face with animatronic dinosaurs at Dinosaurs Alive! at Cedar Point. See more than 50 moving and practically breathing life-sized dinosaurs, including several you can control. Plus, find out what it's like to be a paleontologist at our dig site! From ferocious Tyrannosaurus Rex to the towering Ruyangosaurus, step back in time to the beginning of the "Age of the Dinosaurs" at Dinosaurs Alive! - the most immersive and comprehensive Mesozoic experience designed to thrill guests of all ages.

Dinosaurs Alive! features over 50 life-sized animatronic dinosaurs, which are scientifically accurate based on the latest paleontological knowledge. The exhibit presents scenes and stories based on real fossil evidence. Dinosaurs Alive! gives guests of all ages the opportunity to travel back through time to encounter and understand a world long since extinct!

Dinosaurs Alive! combines finely detailed hand-crafted animatronics, interactive consoles to control dinosaur movement, a lush setting and educational content that reflect the latest scientific theories. The exhibit offers not only the excitement of a tail thrashing, clawing and roaring exhibition, but the opportunity for guests of all ages to actively engage in a unique learning experience!

This announcement came after Cedar Point posted a tease on Twitter Monday featuring a picture of a pencil that declared: "We begin writing our next chapter..."

We begin writing our next chapter...tomorrow at 2pm.

One thing to note... 2020 marks Cedar Point's 150th anniversary, which some speculate will deliver something big. We just have to wait and see...

So do you love the idea of "Forbidden Frontier" on Adventure Island? Will you miss Dinosaurs Alive! when it's gone forever? Tell us your thoughts on our Facebook page: