'Pray for me, please': Bishop Nelson Perez sends farewell message to Cleveland as he prepares to become Archbishop of Philadelphia 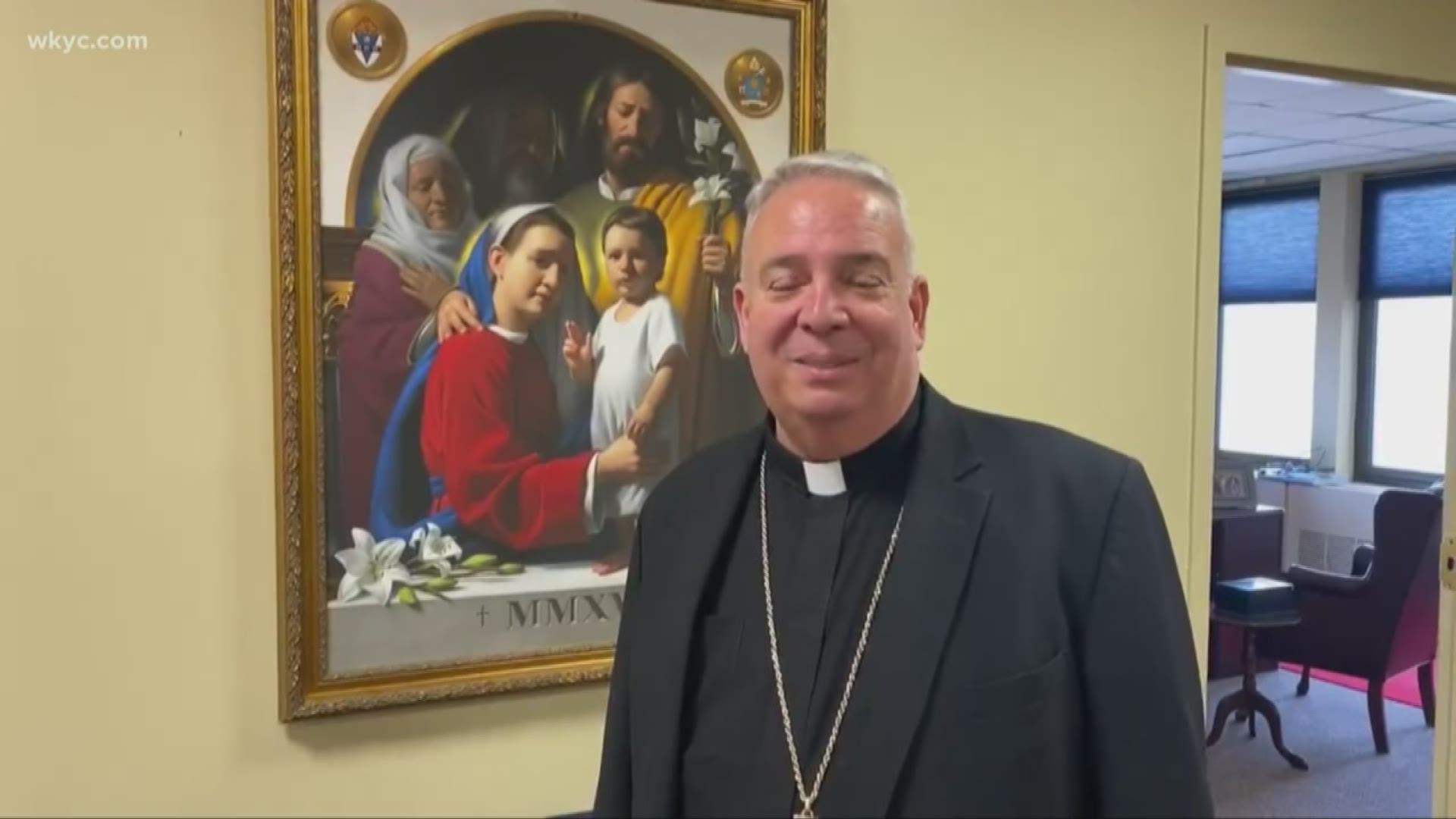 CLEVELAND — On the day before he ends his time with the Catholic Diocese of Cleveland, Bishop Nelson Perez sent a special message back to Northeast Ohio.

On Monday, Bishop Perez recorded a video message from Philadelphia, where he is preparing to begin his new role as Archbishop.

"I'm still your Bishop until tomorrow. I'm here now in Philadelphia getting to know the place all over again. I already miss all of you, I love you. Pray for me, please, as I begin this next phase of my service to the church. I'll never forget you and I know you'll never forget me. God Bless You. Peace be with you."

Perez will succeed Archbishop Charles J. Chaput, who is retiring after more than eight years in the position. It is unknown when Pope Francis will name Perez's replacement in Cleveland.

"It’s not something that I actually even remotely expected to happen – especially in light of the fact that I’ve only been here two and a half years. Love being here. The people of Cleveland are incredibly welcoming. That Midwestern hospitality and warmth is palpable to me," Perez told Russ Mitchell.

Along with the entire Catholic Church, Philadelphia was hit particularly hard by the abuse scandal: A Grand Jury investigation concluded former Archbishops John Cardinal Krol (a previous auxiliary bishop in Cleveland) and Anthony Cardinal Bevilacqua shielded dozens of pedophile priests from potential discipline, and Justin Cardinal Rigali (Chaput's immediate predecessor) was also alleged to have mishandled investigations. Thanks, in-part, to the wrongdoings in Philadelphia and across the state, Gov. Tom Wolfe signed legislation last year that eliminates Pennsylvania's criminal statue of limitations for child sexual abuse.

“Challenges are everywhere you go," Perez told Russ Mitchell. "You just trade one set of challenges for another. The challenges in and of themselves don’t scare me because you work it together as a team and as a community.”

Although he's leaving Northeast Ohio, Bishop Perez said his hope for Cleveland is that the community continues their joyful spirit.

"I found smiles all over the place."

Oh, and he will still pray for all of Cleveland's sports teams all the way from Eastern Pennsylvania.

“Interestingly enough, the new coach of the Browns comes from Philadelphia. He’s a Philadelphian, so we’re trading. They’re getting a new Archbishop. Cleveland’s getting a great coach.”

The 58-year-old Perez was born in Miami and grew up in New York City, but studied for the priesthood at Philly's St. Charles Borromeo Seminary and was a parish priest in the archdiocese for over two decades. His new appointment could also hold significant power, as every Philadelphia Archbishop since 1918 except for Chaput has been named a Cardinal by the Vatican.

RELATED: 'You will be missed': Clevelanders send best wishes to Bishop Nelson Perez as he prepares to leave for Philadelphia

RELATED: Bishop of Cleveland Nelson Perez offers message to the community for Christmas