Despite declining numbers of Black professional baseball players, several organizations are trying to bring the sport back to urban kids in Cleveland. 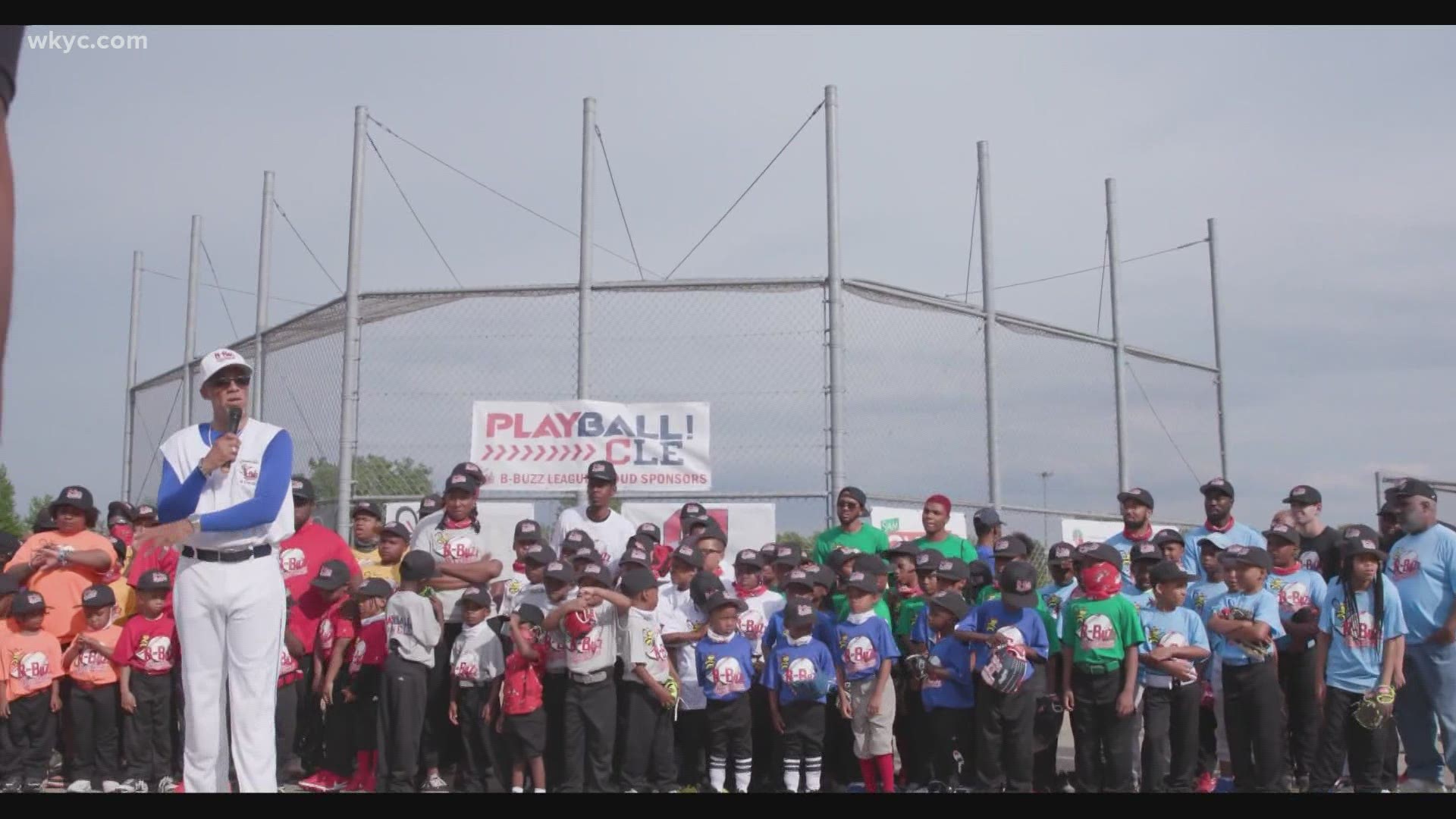 CLEVELAND — Nearly every year since 1981, the number of African American players in Major League Baseball has fallen.

This trend ripples down to colleges and even baseball in Black communities across America. Recently, I've been honored to speak with some leaders in Cleveland's urban baseball community to examine why and to see what they are doing to keep baseball alive in the city's urban areas.

"I heard stories from my dad years ago: If you go up to what was Woodrow Park, you couldn't even get on those fields," Marcus Morrison told me. "Those fields were all filled up. Baseball was a game that kids in the community, they got together on their own and play. We can bring that back."

Morrison is the co-founder of the Inner City Baseball Academy of Greater Cleveland. He says if you're a kid from the inner city and you want to go hit somewhere, there's really nowhere to go.

"The fathers are not there like they used to be," he explained. "The kids are just not familiar with the game, and the only way to provide success in baseball is learning the game the proper way."

That's what Morrison's academy does, teaching the skills to help young baseball players thrive. Zion Lewis has learned firsthand that the skills taught through baseball are transferrable to other areas of life.

"I went from being an average hitting to a good hitter off of just one session alone," he said. "Baseball is one of those things where your work effort and your training shows immensely. That equates best to the classroom: If you don't study for a test, you're not going to do well."

These components of study, hard work and active engagement are the elements that B-Buzz Baseball League Commissioner Wendell Fields tries to instill into his players as well.

"Baseball is a thinking game," he remarked. "It looks boring. People go 'It's a boring game,' but if you wait to think when you get the ball, it's too late."

But even with all of these benefits, the disparities that prevent young Black men from participating in baseball still remain, as Inner City Baseball Academy Player DJ Anderson explained.

"In the inner city, you're not really going to see a bunch of guys that have that skill and that work ethic because they don't get the opportunities that the guys, you know, in Twinsburg, Solon, and out that way are getting," he said.

"[The] second thing is money," Morrison added. "You know, baseball costs money. That's what we're here for. We try to get kids that have never played before reintroduced ... to the game. We want to provide [it] at a low cost and no cost to where kids can come in, start getting ... training and succeed."

"They're gaining so much more by being with us, and they don't even realize it," Field said. "They're going to realize it several years from now, just like we did. We didn't realize we were getting all the structure and the patience and tolerance and teamwork, and that's like life. Everything in life is the same way."

Check out our full panel discussion below: