Anybody with information is asked to call the South Euclid Police Department. 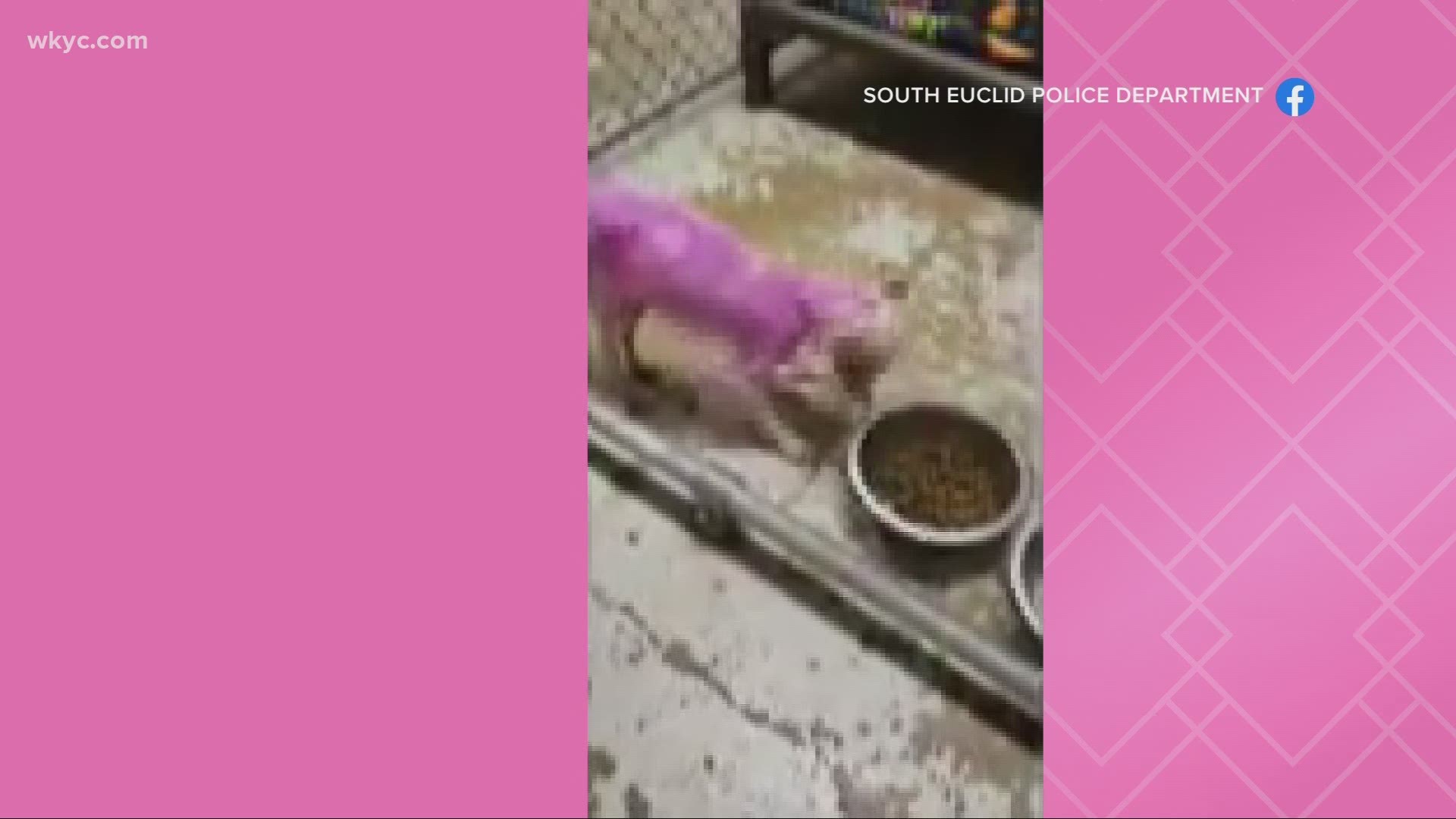 SOUTH EUCLID, Ohio — An investigation is underway after a malnourished, pink-painted dog was found running loose near College Road on Sunday.

“The dog has been taken in by our officers and fed,” the South Euclid Police Department posted on Facebook. “Attempts have been made to remove the pink paint."

Authorities said they would like to find the people responsible with hopes to reunited the dog with its original owner.

“Provided of course the original owner isn’t the person(s) who painted and malnourished the dog," police said.

Video of the dog has been viewed more than 8,000 times on Facebook as of 6 a.m. Monday.

Anybody with information is asked to call the South Euclid Police Department.