Some Cleveland businesses boarding up ahead of Tuesday's presidential debate

There are growing concerns of possible unrest in the neighborhoods surrounding Cleveland Clinic. 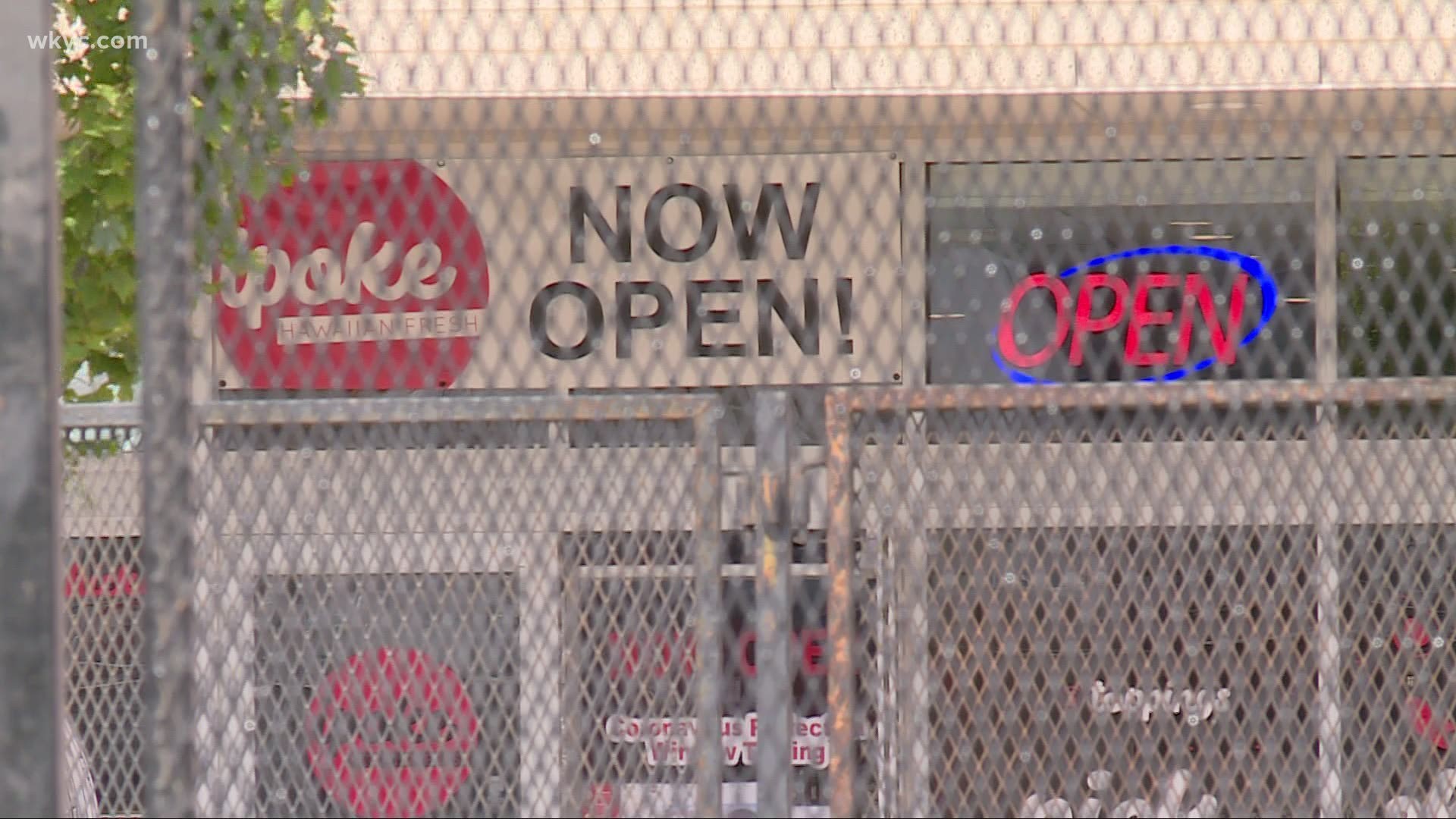 CLEVELAND — As Cleveland gets ready for its close-up, there are concerns of possible unrest in the neighborhoods surrounding Tuesday's presidential debate.

“Right now, we’re looking at one of the most polarized times that I have ever seen,” said Cleveland Councilman, Blaine Griffin. “Because of that fear and because of that polarization, it’s paralyzing our community out of fear and it’s leading to anger and hate and suffering.”

On Saturday, he held a community conversation with the Clinic and police about what can be done to protect the area.

He worries protestors may fan out like they did in May, when the peaceful condemnation of racial inequality turned violent in Cleveland.

At United Cerebral Palsy of Greater Cleveland, which is just across the street from the Samson Center where the debate will be held, they are also concerned.

“We have been assured that our building will be protected,” CEO Patricia Otter said, “But we are very worried about vandalism.”

Councilman Griffin is helping people spot signs of trouble, such as strangers fiddling with manhole covers, and he warns that loose debris could be used as projectiles.

Residents with home security cameras are urged to be extra eyes in case of trouble.

On Saturday, some businesses began boarding up, planning to reopen after the debates.

Yet others braced for good.

“I think the folks of Cleveland have demonstrated over the past several decades that they’re very reasonable people who are trying to draw good attention to the city. I think that will be the reaction,” he said, pointing to the Republican National Convention four years ago.

At the time, people were also concerned the event could get ugly.

“It did not,” Brossman said.

Though he agrees the situation is more tense today than it was in 2016, be believes the impression that Cleveland leaves will be positive.