From solving Rubik’s Cubes to being featured in a new book, Khalil Johnson is already a star. 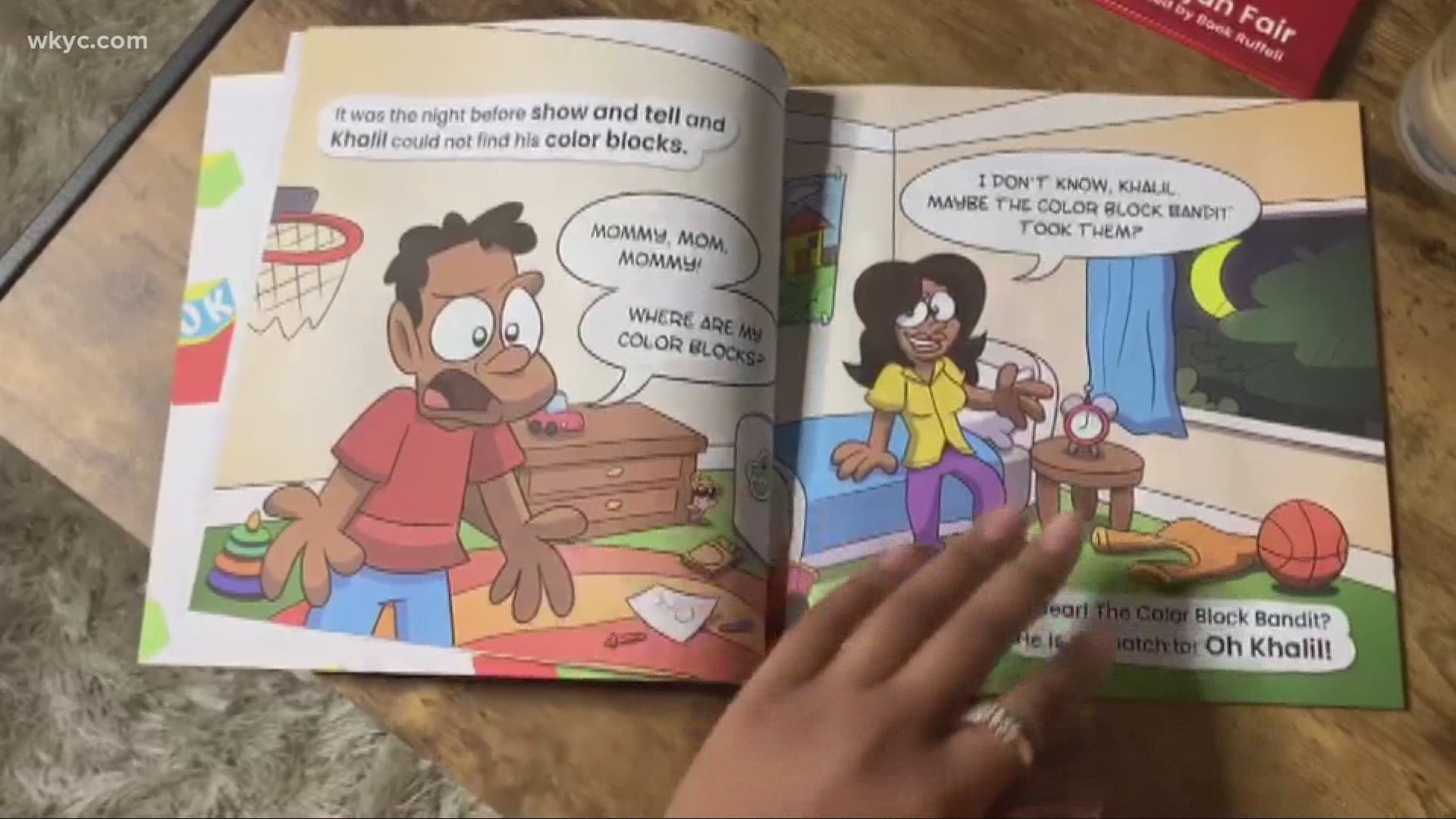 Fast forward a year later and he’s now an author -- with his mom’s help, of course.

“It was actually smooth sailing working with the illustrator," his mom, Khadijah, said. "He was amazing and that’s how the book came about in quarantine and here we are now."

Following the viral video of her son, Khadijah was inspired to capture Khalil's adventurous personality in an educational book that also inspires children to use their imagination.

That's how Oh Khalil: and the color block bandit got started.

Khalil's journey throughout the book helps readers shape their sense of adventure, tap into their creativity, sharpen their problem-solving skills while unpacking the book's mystery.

“There’s a learning surprise with questions in the back of the book,” Khadijah said.

That’s not the only surprise. The book also has the alphabet in American sign language, which Khalil is also a pro at.

But no matter the task, Khalil still shows no mercy when he’s finished with a project.

You can get your book on Amazon.com.

Here's how Amazon describes the book:

This family friendly book is full of adventure. 'Oh Khalil and the color block bandit' covers the challenges and imagination of a four-year named Khalil. He is elated to show his classmates his color blocks at show and tell tomorrow. When preparing for bed, he notices his color blocks are missing. He is now faced with the ultimate case; finding his favorite color blocks. Once realizing that his color blocks aren't just misplaced but they were stolen, he quickly changes into "OH KHALIL" the super. Anything is possible with a cape and the letter "K" on his chest. He is now fighting against time to find out who could have stolen his colors blocks. He searches each room of his house looking for his colors blocks. He interviews and questions everyone around the house, but still no luck finding them. He was feeling defeated that he still could not find his color blocks. It wasn't until he notices something very suspicious and out of place. That is when is finally followed the culprit and found his color blocks just in time for show and tell. At school, Khalil told his teacher and classmates all about his color block adventure. Some would even say the color block bandit followed him to school the next day. The end of the book has activity questions and a learning surprise.