Could a Hyperloop come to Cleveland by 2028? Officials say it's ambitious, but feasible

Could Cleveland be on the brink of groundbreaking tech travel? 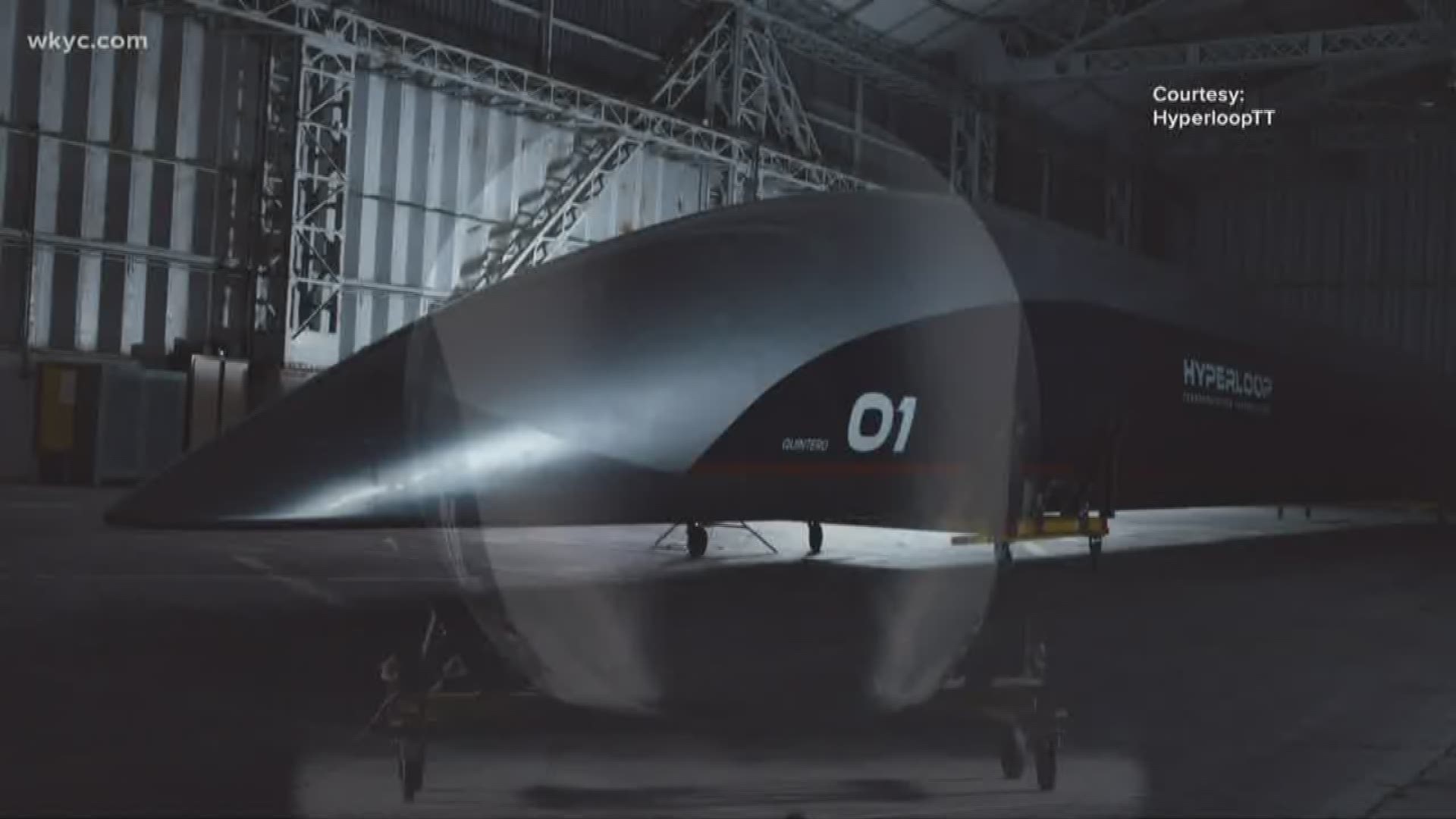 CLEVELAND — An innovative new way of travel is one step closer to reality across the Great Lakes region.

The organizations shared the findings of their study at a panel in Cleveland. You can re-watch the full panel discussion again below:

NOACA, HTT and more than 80 public and private organizations spent 18 months analyzing the potential impact of a Hyperloop connecting Cleveland to Chicago and Pittsburgh. The project also has support from the city of Cleveland, Cuyahoga County and Reps. Tim Ryan and Marcy Kaptur.

"It’s time for us to think big, to transform our region,” Cuyahoga County Executive Armond Budish said, adding that a Hyperloop could create "hundreds of thousands" of jobs and billions of dollars to stimulate the local economy.

NOACA Executive Director Grace Gallucci previously told 3News that the study indicated the potential creation of 900,000 jobs in various areas such as service and retail over a 25-year span.

The concept, concocted by Elon Musk in 2013, is similar to an airplane capsule without wings, moving instead through a tube using green technology. The key is its speed -- Hyperloop could travel at speeds reaching 700 miles per hour, meaning a Clevelander could commute to Pittsburgh in nine minutes or Chicago in about 30 minutes.

An estimate puts the cost of building a Hyperloop somewhere between $24-30 billion, depending on the route selected between the major cities.

The study considered three alternative routes from Cleveland to Chicago with a direct route across Lake Erie to Lake Michigan, taking 31 minutes at comfortable speeds, a turnpike and toll road route taking 47 minutes, and a hybrid, mostly Ohio turnpike route, with travel using rail or utility rights of way through Indiana at 36 minutes.

Dr. Alexander Metcalf, President of Transportation Economics and Management, said that Hyperloop riders could expect fares costing about two-thirds of the price of Amtrak fares. He also said the construction cost of a Hyperloop is estimated to be less than that of building a high-speed rail.

HTT CEO Andres de Leon said the study's results indicate that Hyperloop would be profitable and could bring "massive economic benefit" to the region.

"We still have work to do, but we are very optimistic that we will be building the first Hyperloop in the U.S. in this region," de Leon said.

Chuck Michael, HTT Head of Feasibility Studies, said the region could expect $74 billion in development over a 25-year span.

"That's what it means to the communities and to Ohio and the region here, is tremendous economic development," Michael said.

When it comes to the next steps, HTT CEO Dirk Ahlborn added that regulation on Hyperloop travel and freight is also necessary before moving forward.

Gallucci says an Environmental Impact Study must come next, though no timeline has been established yet. She said she expects that study to take three to four years, and upon its completion, construction of a Hyperloop would require an estimated six years, setting the goal at 2028 for completion, barring any hiccups in the process.

RELATED: What’s happening with the Hyperloop project in Cleveland?