An employee at the dealership fired a shot at the suspect before he fled in a stolen vehicle. 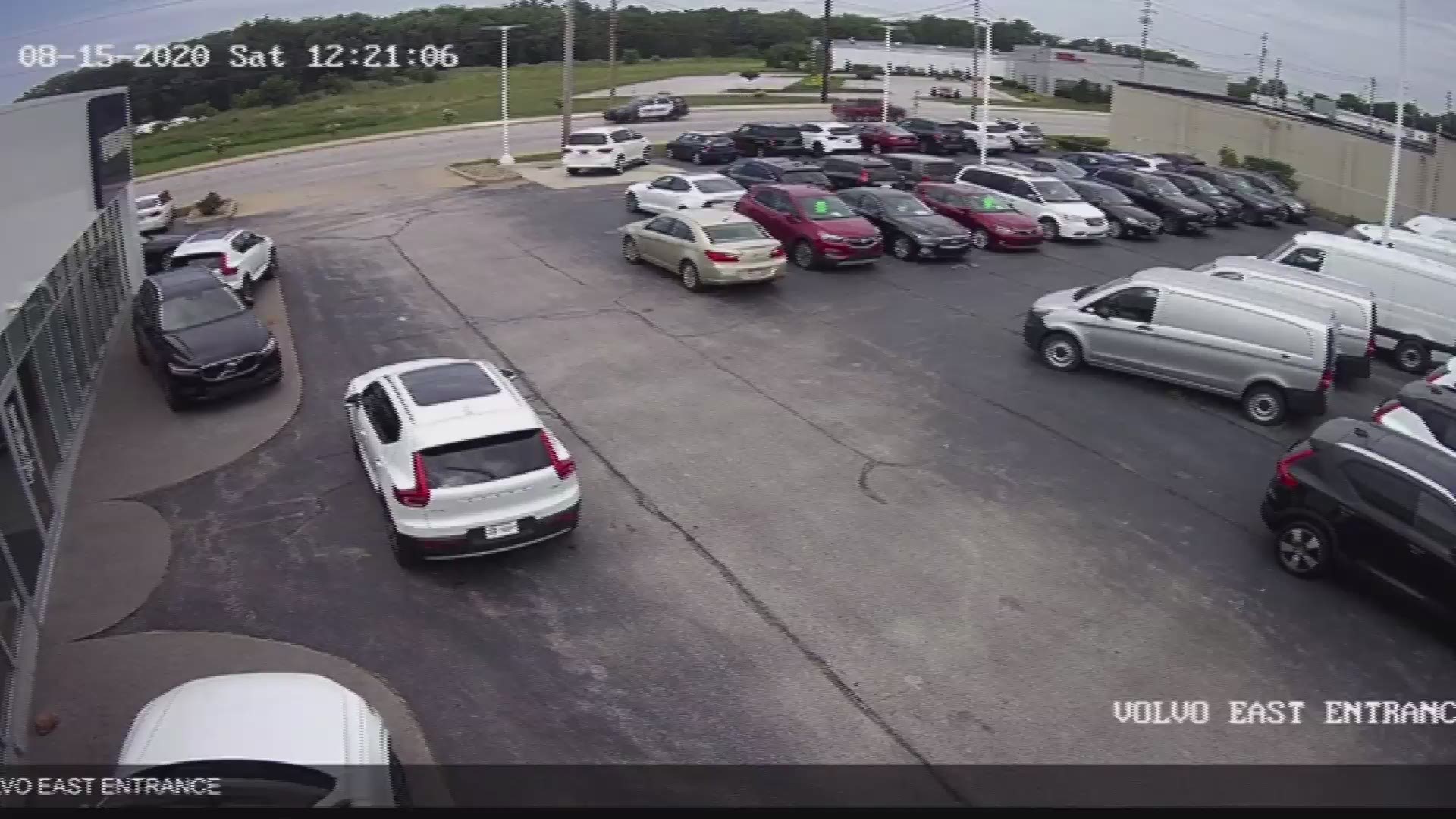 WILLOUGHBY, Ohio — A Mentor man faces multiple felony charges after leading police on several chases and carjacking a vehicle from a Willoughby auto dealership on Saturday.

33-year-old Nicholas Giardini was arraigned in Willoughby Municipal Court on Monday for Robbery, Grand Theft of a Motor Vehicle, Vandalism, and Possession of Drug Abuse Instruments. He is being held on $150,000 bond at the Lake County Jail.

Willoughby Police say they were alerted by Mentor Police that a car was fleeing from them on State Route 84 at about 1:15 p.m. Officers in Mentor had bee asked by family to check on the welfare of Giardini prior to the chase, believing he was in some type of medical or mental health distress.

Giardini fled from a traffic stop by Kirtland and Mentor police. His car, a gray 2009 Nissan Altima, was found a short time later stopped and disabled in front of Leikin Motors on Mentor Avenue in Willoughby. The car was unoccupied, and officers initally thought Giardini had fled the area on foot.

Dispatchers began to receive 911 calls about a man inside the dealership smashing windows with a metal pipe. (You can listen to the calls below)

Giardini apparently entered the dealership, grabbed several keys off of a desk, and attempted to use them to start other cars.  When none of the keys worked, he ran back outside. Police say Giardini then smashed a dealership window with what was later found to be a 2-foot long piece of angle iron.

He then encountered a 70-year-old male customer and a salesman sitting in a 2020 Volvo XC40. Giardini opened the door of the Volvo and forced the customer and the salesman from the car, causing minor injuries to the customer.  While Giardini was in the process of forcibly removing the victim from the Volvo, another dealership employee, a concealed carry permit holder, saw what he thought was a rifle (the piece of angle iron) and that Giardini had been beating the victim with the rifle. He fired one round from his handgun, which hit the driver's side of the vehicle.

No one was hurt as a result of the gunfire.

Giardini got into the stolen car and headed west on Mentor Avenue. Officers from Willowick and Wickliffe Police located the stolen Volvo on Route 90 westbound. They attempted to stop Giardini, but he continued to flee and struck a retaining wall along the freeway, causing his driver’s side tires to go flat.

Giardini was taken into custody by officers from Willowick and Wickliffe Police. Willoughby Police say several used syringes were later found in the Altima that had become disabled on Mentor Ave.

You can watch surveillance video from Leiken Motors in the player above or in our YouTube player below: