"Don't tell me young people can't roll up their sleeves and make change in this city," the 34-year-old Bibb told supporters in his victory speech. 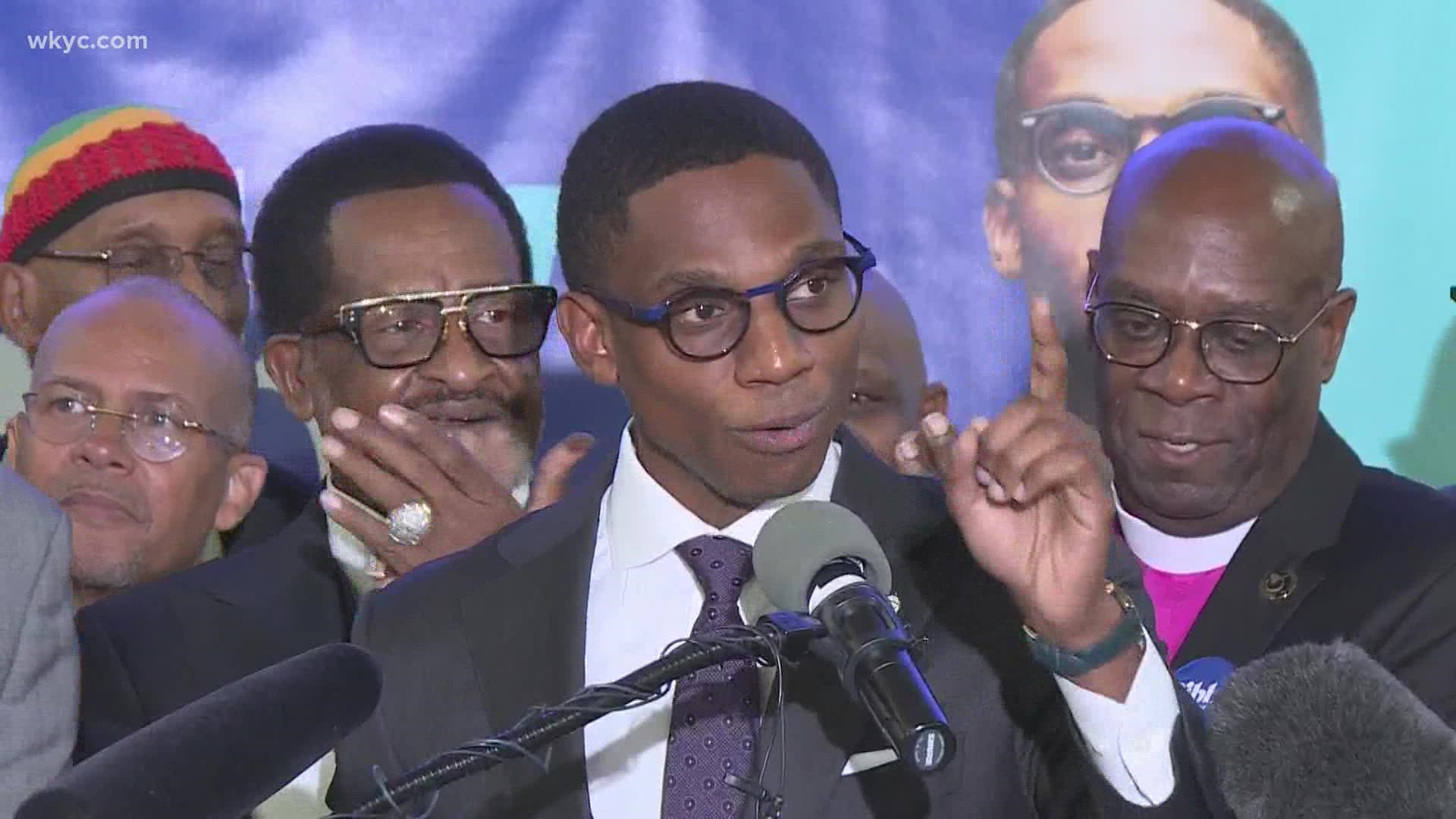 CLEVELAND — Justin Bibb will soon become the second-youngest person to ever serve as the mayor of Cleveland.

The 34-year-old nonprofit executive defeated Cleveland City Council President Kevin Kelley on Tuesday. It was a race that had much to do about youth versus experience, and Bibb took a moment to praise the more than 100 students who assisted his campaign in its march to City Hall.

"Don't tell me young people can't roll up their sleeves and make change in this city," Bibb said to thunderous applause. "Do not tell me that."

To put his age into perspective, Bibb was not alive when Dennis Kucinich last held the office of Cleveland mayor. He used his youth in campaigning with the message that he represents a new generation of leadership and vision for the city.

Bibb came in to the race for mayor as a political outsider. He worked for the Spokane, WA., based nonprofit Urbanova, which helps cities and others employ smart technology to be more efficient. He also sat on several local boards, including the Regional Transit Authority’s.

Now, Bibb will become the next mayor of Cleveland.

"Cleveland can't wait," the mayor-elect told his supporters. "Now is our time. Let's get to work."

You can watch Justin Bibb's victory speech below: