After Ally Rhone was diagnosed with Hodgkin's Lymphoma at age 20, she found a special connection with Indians Pitcher Carlos 'Cookie' Carrasco. 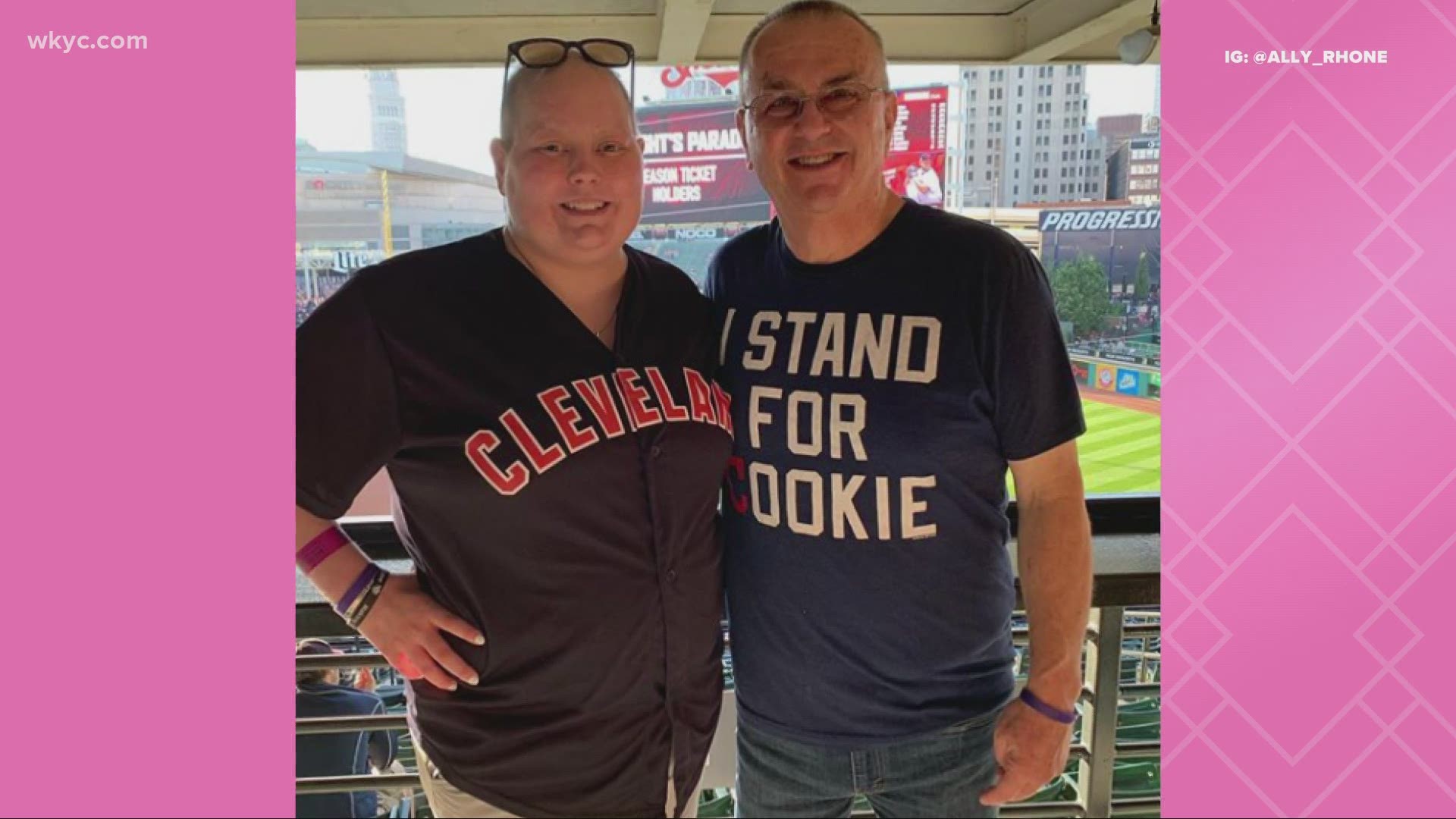 Two years ago, Ally Rhone got some very unexpected news.

"She wasn't feeling good, she had a hard time breathing and me and my mom kept saying 'Ally, go get checked,'" explained her aunt Jamie Germuska.

To everyone's shock, Ally was diagnosed with Hodgkin's Lymphoma. Stage four cancer at just 20 years old. College was put on hold and she began treatment at the Cleveland Clinic.

"It was not easy," Rhone recalls. "But it made me stronger to fight it. I had eight rounds of chemotherapy, and then I rang the bell, thought I was done, but then they said I needed radiation and I ended up doing 18 rounds of radiation."

Germuska says through it all Ally has been a true inspiration to their whole family.

"She's the strongest person I know, and she made all of us a lot stronger just by her fight with. She's just incredible."

Lifelong Cleveland Indians fans, and longtime season ticket holders, Rhone's family has always loved Tribe games. So it's perhaps quite fitting that she made a special connection through the sport during her treatment. Indians Pitcher Carlos Carrasco, then going through his own battle with Leukemia, visited with Rhone in the hospital.

"It meant a lot because it shows that you're not alone," Rhone said. "At the time I was 20 being treated in a pediatric unit, so most of the people I saw were little kids. I mean, they inspired me enough, but to see someone else who was closer to my age, it was nice to know that we can all fight it and we'll make it."

Now it's Rhone's turn to give back. She plans to start nursing school at Cleveland State University in January.

"I want to work in pediatric oncology. I'm excited to give back to all the kids and make sure we all beat it [and] make the odds better."

So along with the Cleveland Indians, 3News wanted to give back to Rhone with some special autographed merchandise signed by the team, and tickets to a 2021 game at Progressive Field.

It may have been a difficult journey, but with both Rhone and Cookie in remission, and the Indians in the playoffs, there's a lot to celebrate this season.