A new trailer for LeBron James' "Space Jam: A New Legacy" was released on Wednesday. 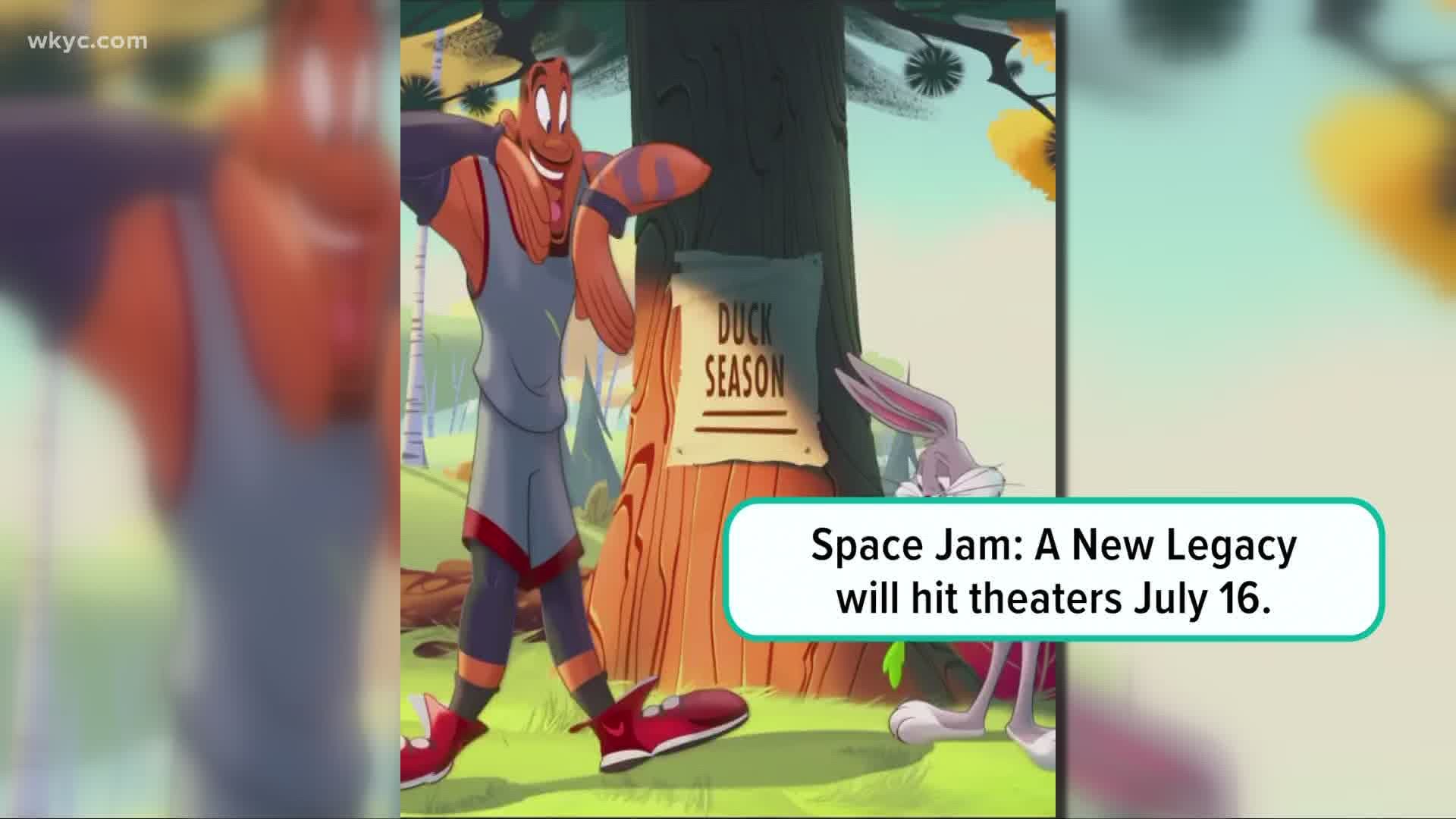 LOS ANGELES — Editor's note: the video in the player above is from a previous story.

Last week, LeBron James' Los Angeles Lakers were eliminated in the first round of the 2021 NBA Playoffs by the Phoenix Suns.

It won't take long, however, for the four-time MVP to get back on the court.

"Nah, I think I'm gonna play for the Tune Squad this summer instead," James answered when asked if he planned on participating in the upcoming Summer Olympics. "That's what I'm going to focus on, is beating the Monstars -- or the 'Goon Squad,' we call them now. Didn't have much success vs. the Suns so now I am gearing my attention to the Goon Squad here in July. So I'm going to let the ankle rest for about a month and then I'm going to gear up with Lola, Taz, Granny, Bugs and the rest of the crew. So hopefully I'll see y'all at the match."

James' answer was an obvious reference to the upcoming "Space Jam: A New Legacy," the highly anticipated sequel to 1996's original "Space Jam," which starred Michael Jordan. On Wednesday, a new trailer was released for the upcoming feature film, which will be released in theaters and on the HBO Max streaming service on July 16.

The new trailer features the most in-depth look at James' on-court performance in the film.

A synopsis for "Space Jam: A New Legacy" reads as follows:

"Welcome to the Jam! Basketball champion and global icon LeBron James goes on an epic adventure alongside timeless Tune Bugs Bunny with the animated/live-action event “Space Jam: A New Legacy,” from director Malcolm D. Lee and an innovative filmmaking team including Ryan Coogler and Maverick Carter. This transformational journey is a manic mashup of two worlds that reveals just how far some parents will go to connect with their kids. When LeBron and his young son Dom are trapped in a digital space by a rogue A.I., LeBron must get them home safe by leading Bugs, Lola Bunny and the whole gang of notoriously undisciplined Looney Tunes to victory over the A.I.’s digitized champions on the court: a powered-up roster of professional basketball stars as you’ve never seen them before. It’s Tunes versus Goons in the highest-stakes challenge of his life, that will redefine LeBron’s bond with his son and shine a light on the power of being yourself. The ready-for-action Tunes destroy convention, supercharge their unique talents and surprise even “King” James by playing the game their own way."