The Browns are now 6-3 after knocking off Houston on Sunday. The guys review the win and look at the team's path to the playoffs. 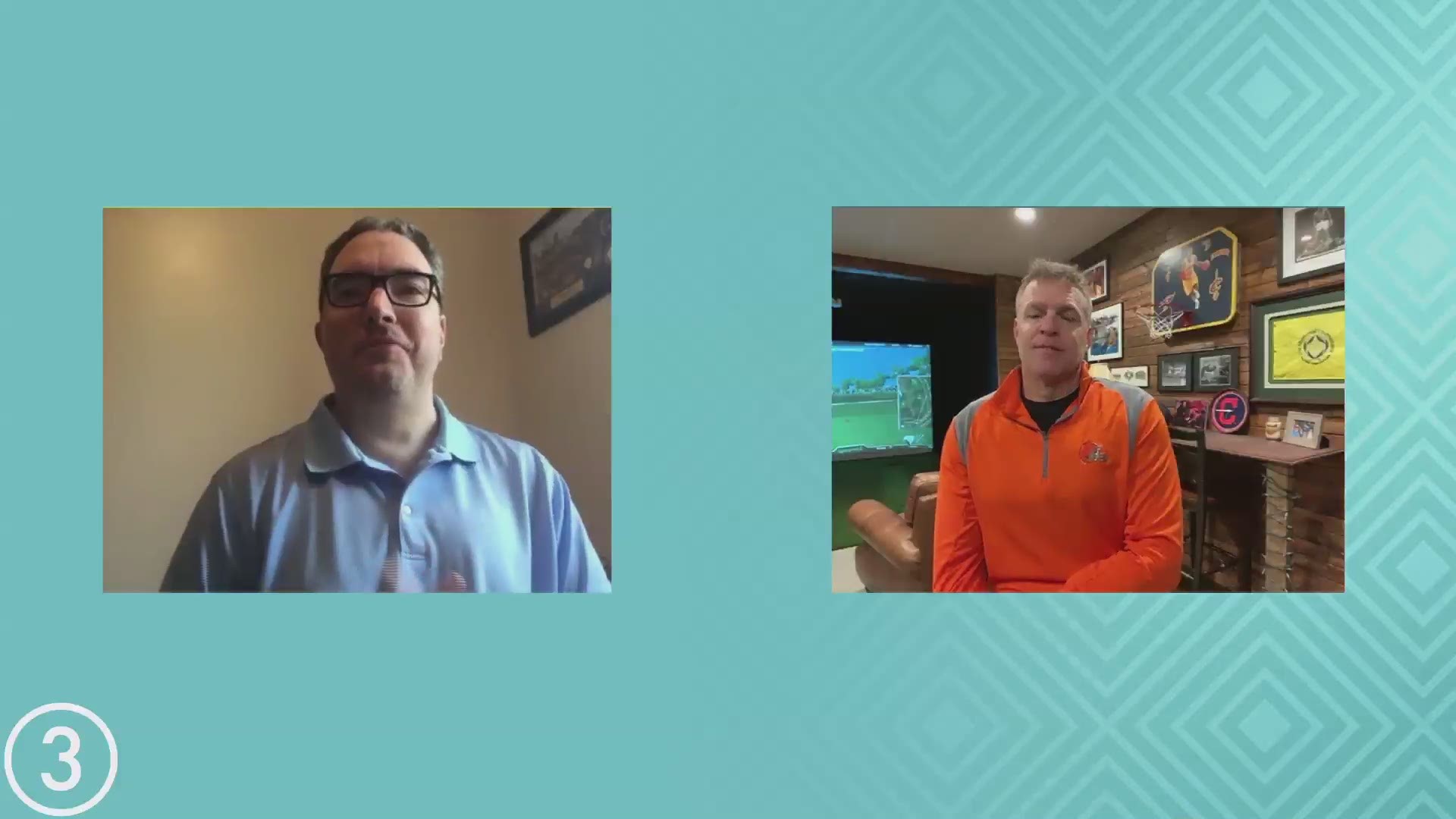 CLEVELAND — The Cleveland Browns are 6-3 through nine games.

That's something to feel very good about on this "Victory Monday." After winning six games in the entire 2019 season, the Browns have matched that total in just over half of the season this year.

Sunday, the Browns had to gut their way to a 10-7 victory over the Houston Texans at FirstEnergy Stadium. As the score indicates, it wasn't pretty, but it was effective. The Browns were able to get enough big plays from their stars like Myles Garrett, Kareem Hunt, and Nick Chubb to overcome a pesty Texans squad.

We talked about the win with special guest Jay Crawford on After Further Review. We also looked at the Browns remaining slate of games as they try to keep themselves in the thick of things in the AFC's playoff picture.

Jay believes that the Browns need to get to 11 wins in order to assure themselves a berth in the postseason. Consider that two of those games are against the Steelers and Ravens, the Browns will be home for those contests but they will not be favored after getting beaten up by both squads earlier in the season.

They have four games against teams they should beat: Philadelphia, New York Giants, New York Jets, Jacksonville. So if they hold serve, that would give them ten wins.

The game that could honestly decide their fate is on December 6 in Nashville against Derrick Henry and the Tennessee Titans. The Browns would likely not be favored in that game, but the Titans have stumbled a bit as of late.

There's a lot more football that has to be played out before we get to that point, but just keep an eye on the standings as we go forward.

Also on Monday's show, we talked about in broad terms about two of the Browns' key players, Garrett and Chubb. In Garrett's case, there are those who believe that he, right now, is the most talented defensive player the Browns have ever had. EVER.

Now, while most of the Browns Hall of Famers are offensive players (Otto Graham, Jim Brown, Ozzie Newsome, etc.), they've had some great defensive stars. But what Garrett is doing right now is something we've never seen before. He is dominating opponents and making huge plays every week.

In Chubb's case, he's already in the top 10 all-time in rushing in Browns history. This is a franchise that has been built on running the football with everyone from Brown and Leroy Kelly, to the Pruitts, to Kevin Mack and Earnest Byner. Yet, in only his third season, Chubb is already putting his name up there with some of the greatest names in team history. That's pretty special.

Read Jay's thoughts on the Browns' win by clicking here.

You can watch Monday's After Further Review in the player below: