The Cleveland Browns will face the Pittsburgh Steelers at FirstEnergy Stadium in Cleveland on Sunday. 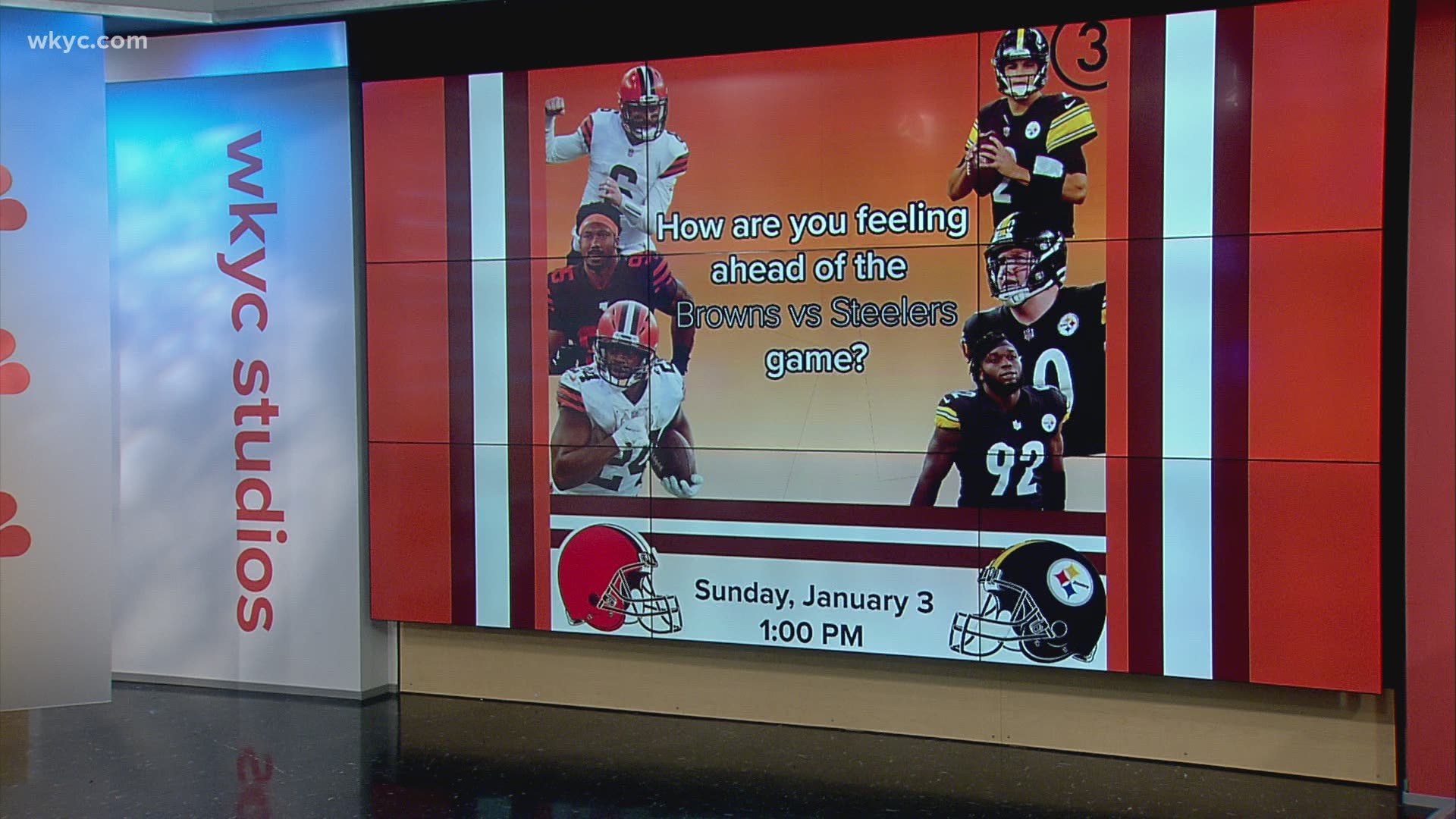 CLEVELAND — One week removed from their 23-16 loss to the New York Jets, the Cleveland Browns (10-5) will look to clinch their first playoff appearance since 2002 when they face the Pittsburgh Steelers (12-3).

What follows is everything you need to know about the Browns' Week 17 matchup:

In what marks their final game of the regular season, a win for the Browns would end the NFL's longest active postseason drought (17 years) by clinching one of the AFC's three Wild Card spots for Cleveland. Meanwhile, should the Browns tie the Steelers, they can still qualify for the playoffs with one of the following scenarios:

Should Cleveland lose on Sunday, it would then need one of the following to take place to clinch a playoff spot:

Meanwhile, the AFC North champion Steelers won't be at full strength, with head coach Mike Tomlin opting to rest starting quarterback Ben Roethlisberger in favor of Mason Rudolph. Sunday will also mark the Steelers' first game in Cleveland since last year's altercation between Rudolph and Myles Garrett, which resulted in Garrett being suspended for the remainder of the season for hitting Rudolph in the head with his helmet.

Facing a Steelers team largely looking forward to the playoffs, the Browns take care of business and punch their own ticket to the postseason behind a big day from Nick Chubb and a dominant showing from the Garrett-led defense.