It was a warm welcome filled with barking and chants as excited fans greeted the Cleveland Browns upon landing at CLE. 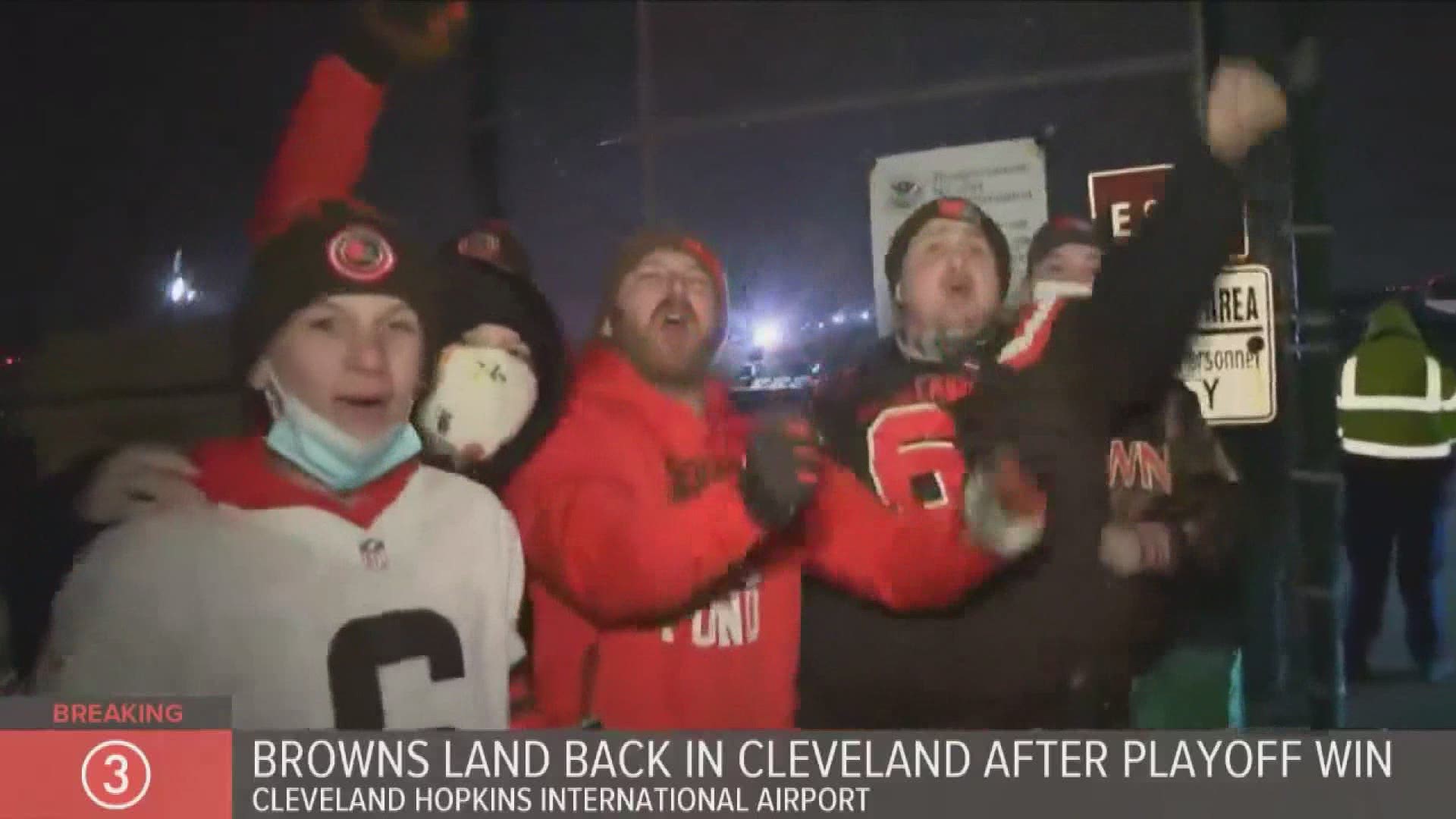 CLEVELAND — Sleep? Who needs sleep?!?! The Cleveland Browns just delivered their first playoff victory since 1994 -- and a handful of excited fans stayed awake through the early morning hours on Monday so they could be among the first to welcome the team back home after landing at Cleveland Hopkins International Airport.

Our cameras were there to capture the moment as the team left the airport, driving by fans who were cheering, chanting and barking into the night in celebration of that unforgettable win against the Pittsburgh Steelers.

We streamed live coverage of their arrival at the airport, which you can watch in the player below:

The game left the Steelers stunned 48-37. Next up, the Browns will take on the Kansas City Chiefs next Sunday -- and we can't wait!