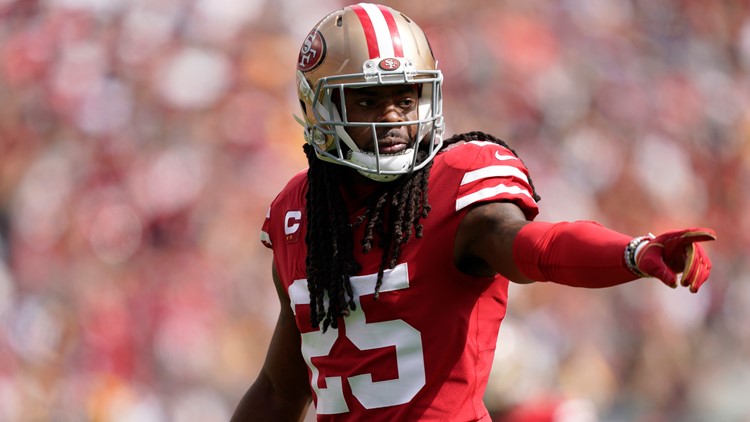 "DapGate" appears to be nearing its end.

One day after video evidence showed that Baker Mayfield did, in fact, shake hands with Richard Sherman prior to their matchup on Monday Night Football, the San Francisco 49ers cornerback said he'll apologize to the Cleveland Browns quarterback for accusing him of a snub.

Appearing on The Pat McAfee Show on DAZN on Wednesday morning, Sherman admitted he felt bad about putting Mayfield in a position where he'll be forced to answer questions about an admittedly silly situation.

"It's definitely my bad," Sherman told McAfee, a former NFL punter. "I never want anybody to have to deal with some s--- that they didn't do. The questions that he's gonna get, the annoying nonsense questions about some stuff that happened in a game that's already been done -- sure he'll get an apology for that. I'll probably reach out to him via text or social media to actually get a hold of him and talk to him."

The drama between Sherman and Mayfield stems from comments the 4-time Pro Bowl defensive back made following the 49ers' 31-3 victory over the Browns on Monday night.

Speaking to Mike Silver of the NFL Network, Sherman took issue with Mayfield declining to shake his hand during the pregame hand toss and said that the slight helped fuel the 49ers' dominant win.

"What's amazing, and annoying, was him not shaking hands at the beginning," Sherman said. "That's some college s---. It's ridiculous. We're all trying to get psyched up, but shaking hands with your opponent -- that's NFL etiquette. And when you pull bush league stuff, that's disrespectful to the game. And believe me, that's gonna get us fired up."

Video evidence, however, later showed Mayfield shaking hands with Sherman and even hugging some of the other 49ers captains prior to the pregame coin toss.

As for the inconsistency between what Sherman said and the video evidence that proved otherwise, the 3-time first-team All-Pro cornerback explained that his comments about the coint toss stemmed from a larger conversation with Silver about Mayfield's personality and reputation in the NFL.

"As I'm walking up to him, I mean he's the next person in line, he's kind of just standing back with his hands down," Sherman said. "He doesn't take a step, he doesn't look to move up, so I put my hand up, you know, just out of courtesy, and he gives me the petty little slap on the hand.

"I took it as disrespect because the way he was standing back, like he wasn't walking up and approaching like everybody else. I was like, 'OK.' And I already felt some type of way at the beginning, so it kind of reinforced what I felt. So once we got done with [the coin toss], he just turns and runs off, and I say, 'Oh, OK, OK. That's the kind of day it's gonna be.'"