"This is our attempt to look at where we are now and where want to go in the near future." 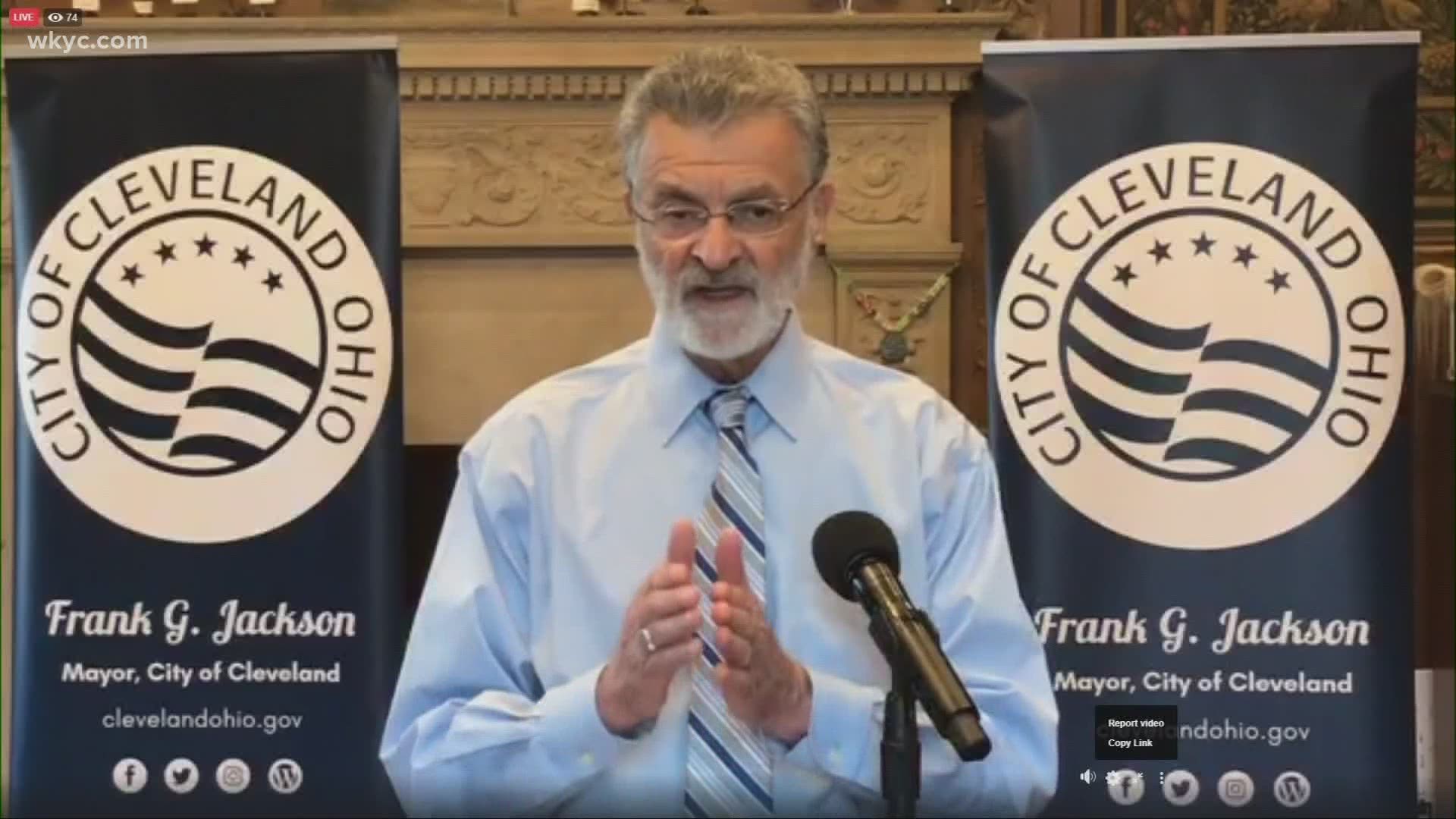 CLEVELAND — A big holiday weekend is upon us and many are thinking about the kick-off to summer. However, Cleveland Mayor Frank Jackson announced some changes to potential summer plans.

Mayor Jackson announced Friday that Cleveland parades and festival are canceled for June and July. He went onto say his team is reviewing whether or not this will extend into August and September.

"If we do not put health first, and we do not ensure the safety of the people and it spikes again in terms of the pandemic and the numbers, then what will probably happen is there will be another shutdown, which will not be good. As a matter of fact, it would probably have a greater negative impact on our economy than the first shutdown," said Mayor Jackson.

The Mayor announced the partial reopening of certain neighborhood resource and recreation centers in July, however there will be limited programs and activities.

RELATED: City of Cleveland plans to reopen most rec centers on July 6; outdoor pools will remain closed through summer

Additionally, as he announced before, a ban of mass gatherings in the city will be enforced.

"This is our attempt to look at where we are now and where want to go in the near future. [We want] to ensure that the strategies and polices that we put in place are going to be effective in terms of providing economic growth and prosperity with understanding that is driven by the health of the people."

You can watch Mayor Jackson's full update in the player below:

Mayor Jackson gives updates on his Restart CLE plan including the reopening of Neighborhood Resource & Recreation Centers and other important news.

RELATED: How to observe Memorial Day in the age of coronavirus

RELATED: Leon Bibb: Let's head back to the drive-in

RELATED: Lt. Gov. Jon Husted reminds Ohioans that most BMV business can be done online as locations prepare to reopen

RELATED: Ohio bowling alleys, miniature golf courses and batting cages will be allowed to open May 26