K. Akbar Bennett says he never set out to make history. The department has only had white chiefs in its first 200 years of existence. 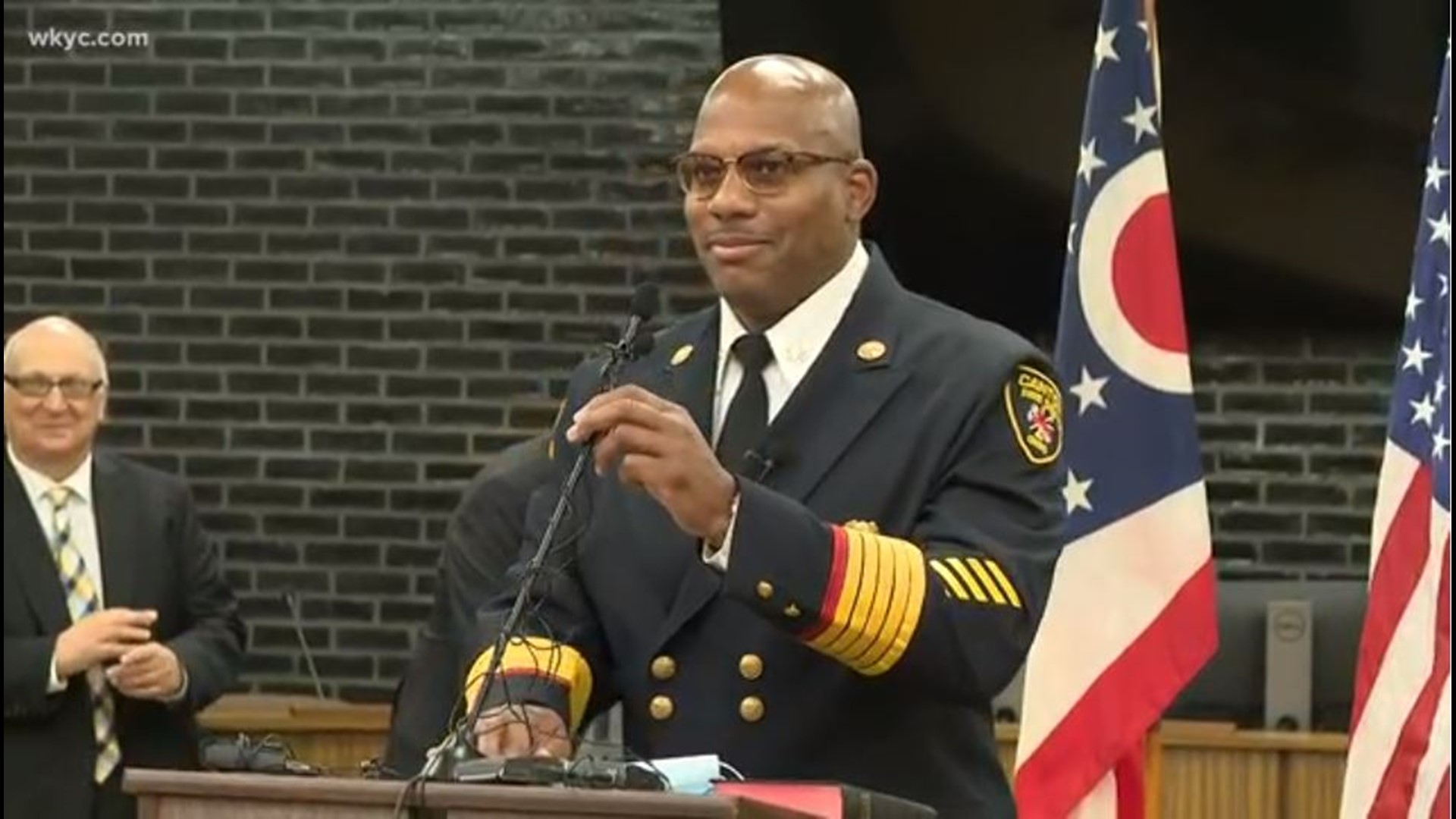 "Today is a celebration," K. Akbar Bennett said after being sworn in Monday morning. "It’s a celebration of what’s possible when you work hard, believe and have people that support you and love you. I don’t stand here alone. To my brothers on the fire department, I love you."

He previously told 3News that he couldn't dismiss the historical context of this moment.

"My goal was never to be the first African American fire chief; my goal was always not to be the last."

We streamed live video of the swearing-in ceremony, which you can watch in full below:

The 50-year-old father of two and grandfather of one says his new position wasn't appointed; it was earned.

"The first time I got promoted, there was a written test," he remembered. "I scored No. 1. My next promotion, it was a written exam and an assessment center. There were Caucasian or white chiefs from all over Ohio, and I scored No. 1 on that.

Bennett, who has served as chief in an interim capacity since Thomas Garra's retirement in March, has already started tackling issues he sees within the department. For one, he notes there are no Black females on staff.

"We got females from the metro departments –  you know, larger departments around the state of Ohio – so we're going to be working to empower them to recruit and retain and develop ways for us to get more females within the fire service."

Bennett also wants to reinstitute an inner-city mentoring program to garner more minority interest in working for the fire department. He still has a few more days before he officially becomes chief, and his swearing-in ceremony will take place Monday morning at Canton City Hall.