The union and the school district announced the news on Monday evening. 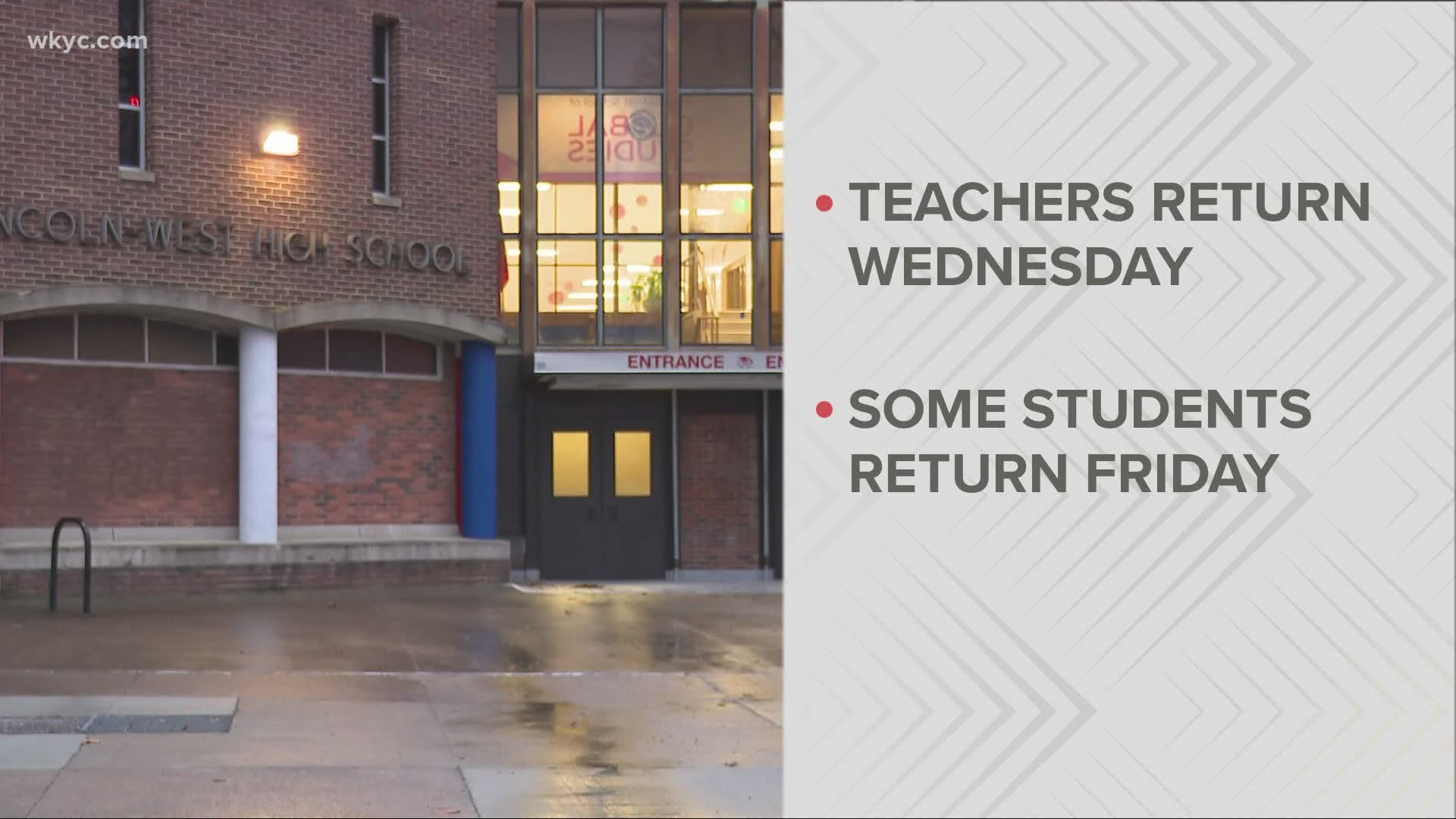 CLEVELAND — Cleveland Metropolitan School District teachers will return to classrooms on Wednesday, March 10. The union and the school district made the announcement Monday.

Last week, the Cleveland Teachers Union voted to remain remote when they were scheduled to return on March 8, because of safety concerns.

Eric Gordon, CEO of Cleveland Metropolitan School District says the district has been working to address the union's concerns over the last two weeks.

"Our buildings are safe, and the District has taken every precaution possible to ensure the health and safety of our students and staff," Gordon said in a press release. "We are all looking forward to welcoming back students whose families have chosen a return to in-person instruction."

Phase 1 of the district's return plan will begin on Friday, March 12, with some students returning to a hybrid learning model.

"Based on the amount of progress that was made since Thursday, we are confident that our school district is ready to move to hybrid learning," Obrenski said.