CEO Eric Gordon announced guidelines for restarting hybrid learning on March 1, but Shari Obrenski isn't sure the time is right. 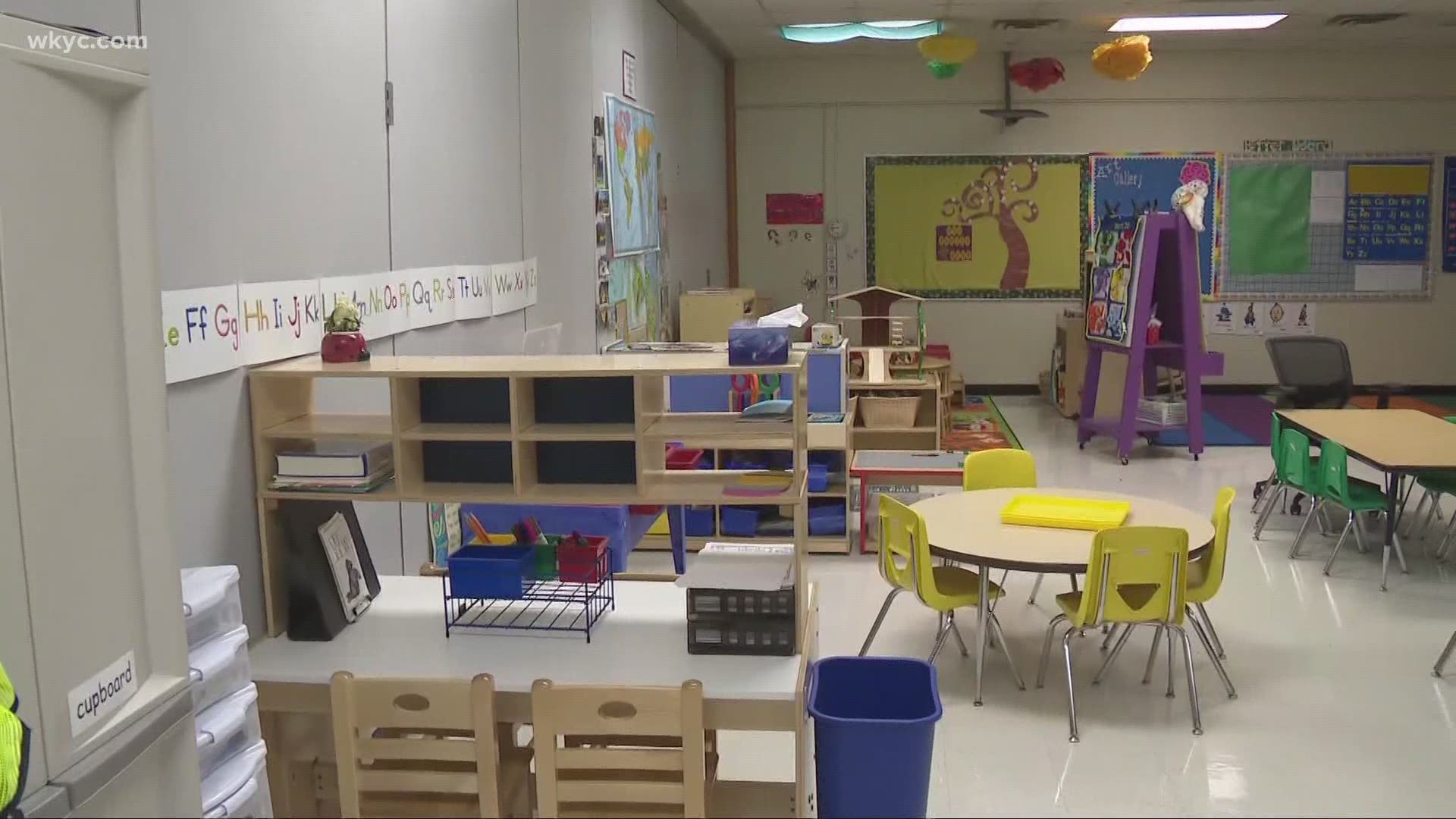 CLEVELAND — The Cleveland Metropolitan School District plans to slowly begin bringing students back for in-person learning on March 1 after almost a year of being exclusively remote. However, the head of the city's teachers union is expressing concerns about the timeline.

CMSD CEO Eric Gordon announced the district's strategy to begin welcoming students back in phases on the first, starting with "some of our highest need special needs students" and "potentially some of our career tech students and some of our off-track seniors." One week later, Pre-K through second grade students and English language learnings will be brought back to the buildings, followed by all other students on March 15, unless their parents opt to continue with remote learning for now.

While Obranski agrees with most experts that students need to get back in classrooms sooner rather than later, she doesn't believe the district and area have yet met all of the CDC's mitigation strategies in order to do so safely. She also claimed her union did not sign off on Gordon's return dates, but told Simmons the CEO "knows that we will be holding the district accountable to meet those standards."

"As it stands today, there is still a tremendous amount of work that needs to be done to meet the timeline that was laid out by the CEO today," Obranski said. "We need to be sure that we all on the same page, and as of right now, we are not."

CMSD had originally planned to restart classroom learning some time later in March or even April, but that strategy quickly drew the ire of Ohio Gov. Mike DeWine. The governor railed the district and others (including Akron Public Schools) for accepting coronavirus vaccines for employees and the apparently going back on a written agreement to return in-person on March 1 in exchange for the shots.

"This is simply not acceptable," DeWine said about the matter last week while threatening to possibly withhold remaining doses if the deadline isn't met. "This is about the kids."

RELATED: Gov. Mike DeWine doubles down on plea to get Ohio students back in schools by March 1

DeWine later spoke with Gordon about the issue and indicated to the press there was room for flexibility surrounding the date, especially for large urban districts like Cleveland. In a separate interview with 3News Friday, Gordon said he "clearly understand[s]" where the governor is coming from, but claimed a full return on March 1 "would not work in a complicated system like ours."

"That’s why I’m using a phased-in approach that is meeting my commitment to get students back, but doing so in a way that makes sure students, families and educators have the support and transition that they need to be successful," Gordon added.

CMSD teachers and staff have already received their first doses of the COVID-19 vaccine (although it was not a requirement) and are expected to get their second doses between March 10-20. The latter date was a concern for Obrenski and others as it means employees will not achieve full protection against the virus until as late as April, well past DeWine's desired restart time.

Despite her skepticism about the district's current plan, Obrenski is confident Cleveland students will be back in classrooms before the 2020-21 school year ends.

"I do believe that we will be there before the end of the school year and our students will have an opportunity for some in-person learning," she declared.

You can see our full interview with Sheri Obrenski in the player below: