The virtual interview was conducted by 3News Russ Mitchell. 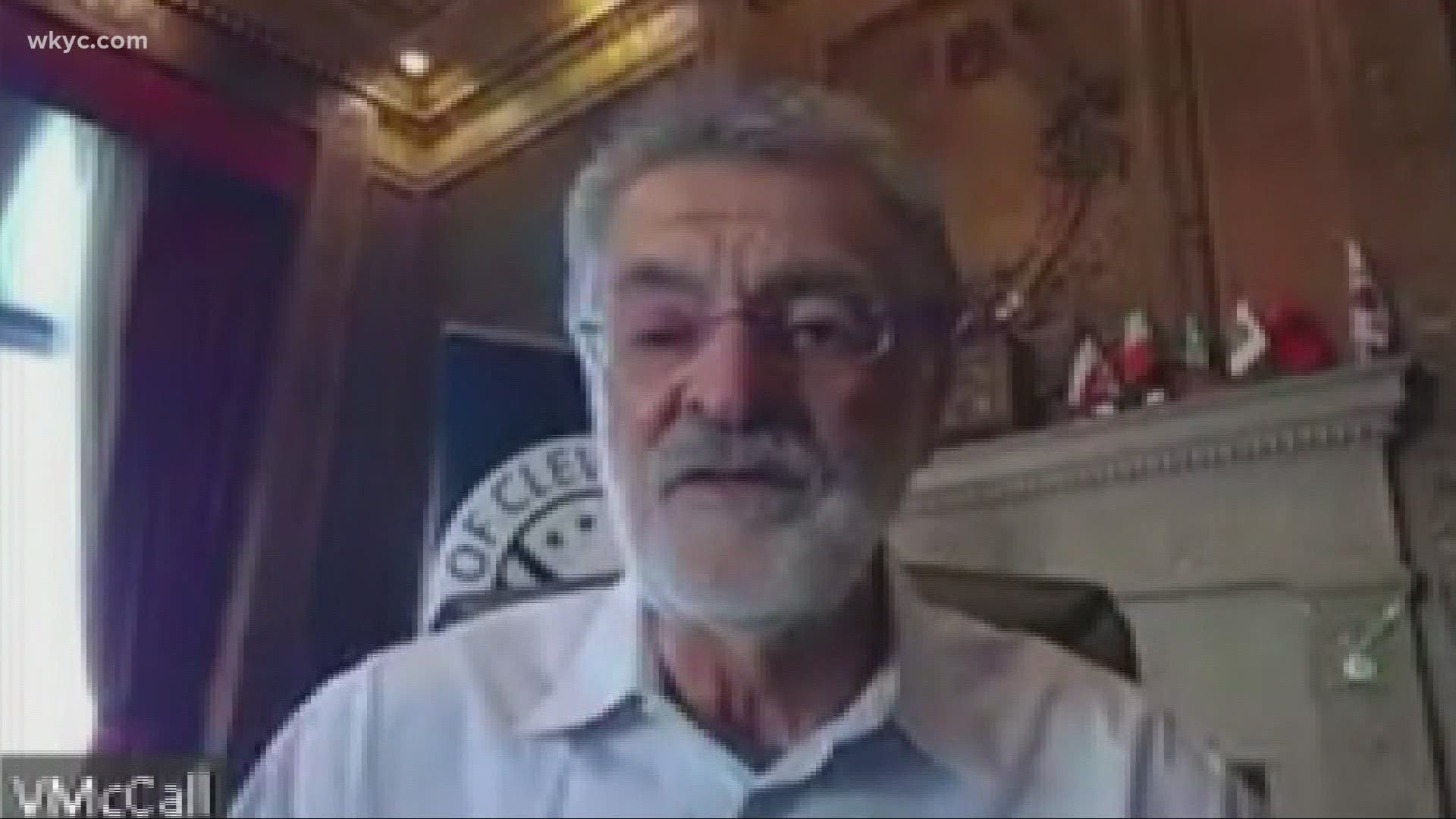 CLEVELAND — There were some headlines Tuesday from Frank G. Jackson, as the Cleveland mayor participated in a wide-ranging Zoom interview as part of a Press Club of Cleveland event.

Moderated by 3News anchor and Executive Editor Russ Mitchell, the mayor touched on a variety of topics, including his political future. Although he would not give anything definitive, Jackson did not rule out running for a fifth term next year.

Jackson also said the city would know by the end of the month whether the city will have to make budget cuts due to revenue losses brought on by the ongoing coronavirus pandemic. While that has dominated much of the year so far, recent weeks have also brought protests against police brutality following the death of Minnesota's George Floyd; most local demonstrations have been peaceful, but the downtown gathering on May 30 infamously turned violent, with officers deploying tear gas and several businesses smashed and looted.

When asked about that fateful day, Jackson stood by his own actions.

"I wouldn't do anything different," the mayor told Mitchell. "I'd do exactly what I did: I'd go down to the command center and I would do my proper role...to provide support for law enforcement, as we did in the aftermath of what happened that Saturday night."

As for critics—including some business owners who feel he let them down that day—Jackson said they have a right to their opinion, but again would not change what he did.