Justin Bibb and Kevin Kelley stick to familiar theme of new vision versus experience as they court new allies. 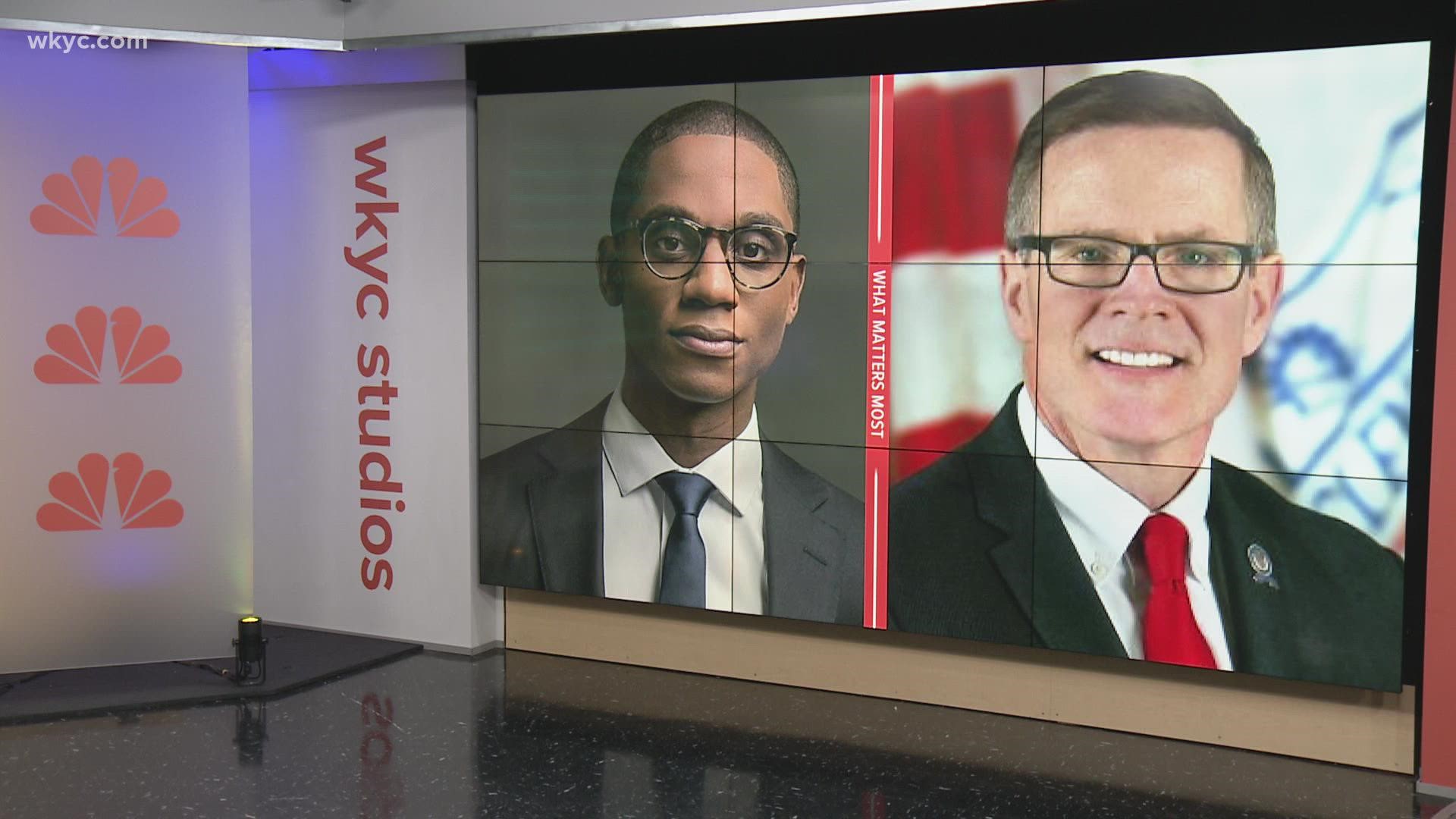 CLEVELAND — Justin Bibb and Kevin Kelley are headed to the November election, where one of them will become Cleveland’s first new mayor in 16 years.

The race is now a battle between government experience and a political newcomer’s vision for the city, themes on display today in interviews with 3News.

“I know what works at City Hall and I know what doesn’t, and I know how to move us forward,” Kelley said. “There is no time for on the job training. The mayor needs to be mayor on day one.”

Pushing back, Bibb said: “One mayor doesn’t achieve success in isolation. If elected I intend to have a smart, thoughtful and cabinet surrounding me to lead the city forward.”

As Bibb and Kelley made victory speeches Tuesday night, six people were injured in a drive-by shooting just east of downtown, a reminder of one of the most troubling issues awaiting the next mayor.

Both candidates promised to keep crime and safety their top priority and pledged to rebuild community policing with more officers, additional foot patrols, the creation of neighborhood mini-stations and more.

“We have to treat this issue with the urgency that it deserves,” he said. “We have to stop talking about community policing and make it real because the police alone can’t solve this problem.”

“I want to redeploy our officers on the beat to do the hard work of community policing,” he said. “I want to make sure officers are paid more and have the equipment they need to do jobs and create a good culture of policing all across the city.”

Kelley and Bibb each argue their city connections in and outside government best position them for rebuilding the downtown economy, which pays for city services.

“Everybody that contributes the vitality downtown is only a phone call away,” Kelley said. “I think it is an advantage. I’m not starting new relationships.”

Bibb boasted having “great” relationships with CEOs and philanthropic leaders.

“But also great relationships on the ground,” he said. “We are doing the hard work and building a new political coalition in the city and that is shown in the numbers we yesterday.”

Bibb did better on both sides of the city. He won 27 percent of the vote citywide compared to Kelley’s 19 percent.

Though Kelley showed strong support on the far west side, he will need more support across town to win in November. He’ll be looking to east side council members to help. He already has the backing of several.

Both candidates will also likely reach out to the other five primary candidates to build coalitions and bridges to their supporters. Former Councilman Zack Reed, who finished fourth and enjoyed support on the east side, will likely be heavily courted.