The Hornets controlled the entire game for their second straight title. 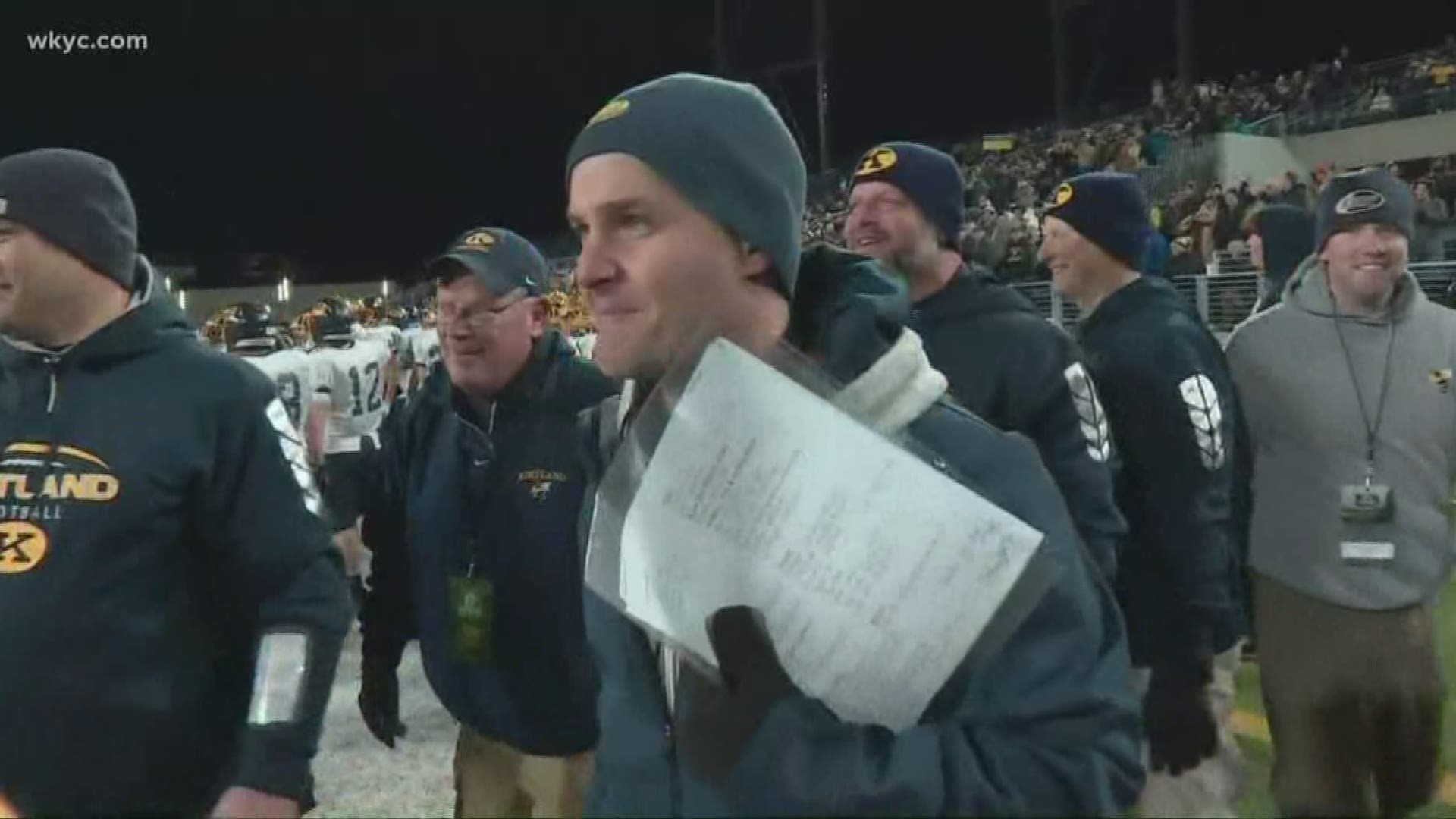 CANTON, Ohio — For the fifth time since 2011, the Kirtland Hornets are state football champions.

Kirtland took down the Ironton Fighting Tigers 17-7 Friday night to take the OHSAA Division V title. The Hornets scored on their first possession and controlled things from there.

All-Ohio running back Mason Sullivan led the way with 101 yards, 27 of which came on a touchdown that helped give his team a 10-0 halftime lead. Gage Sullivan also had 85 receiving yards and a score.

For most of the contest, it was the Hornet defense that came up big: Ironton's Ohio State commit Reid Carrico was held to just 40 yards on the ground, and just before the half the Fighting Tigers found themselves right by the goal line but could not score. Jordan Grizzle would end up with 137 receiving yards and a TD, but most of those came late in the game.

Kirtland finishes the season 15-0 and with a state title for the second straight year, as they accomplished the same feat in 2018 as a member of Division VI. Ironton ends the season at 13-2.

Also, re-listen to Dave "Dino" DeNatale and Mark "Munch" Bishop's call of the game in the player below: