Two 17-year-old boys were taken to the Lorain County Detention Home after their arrests. 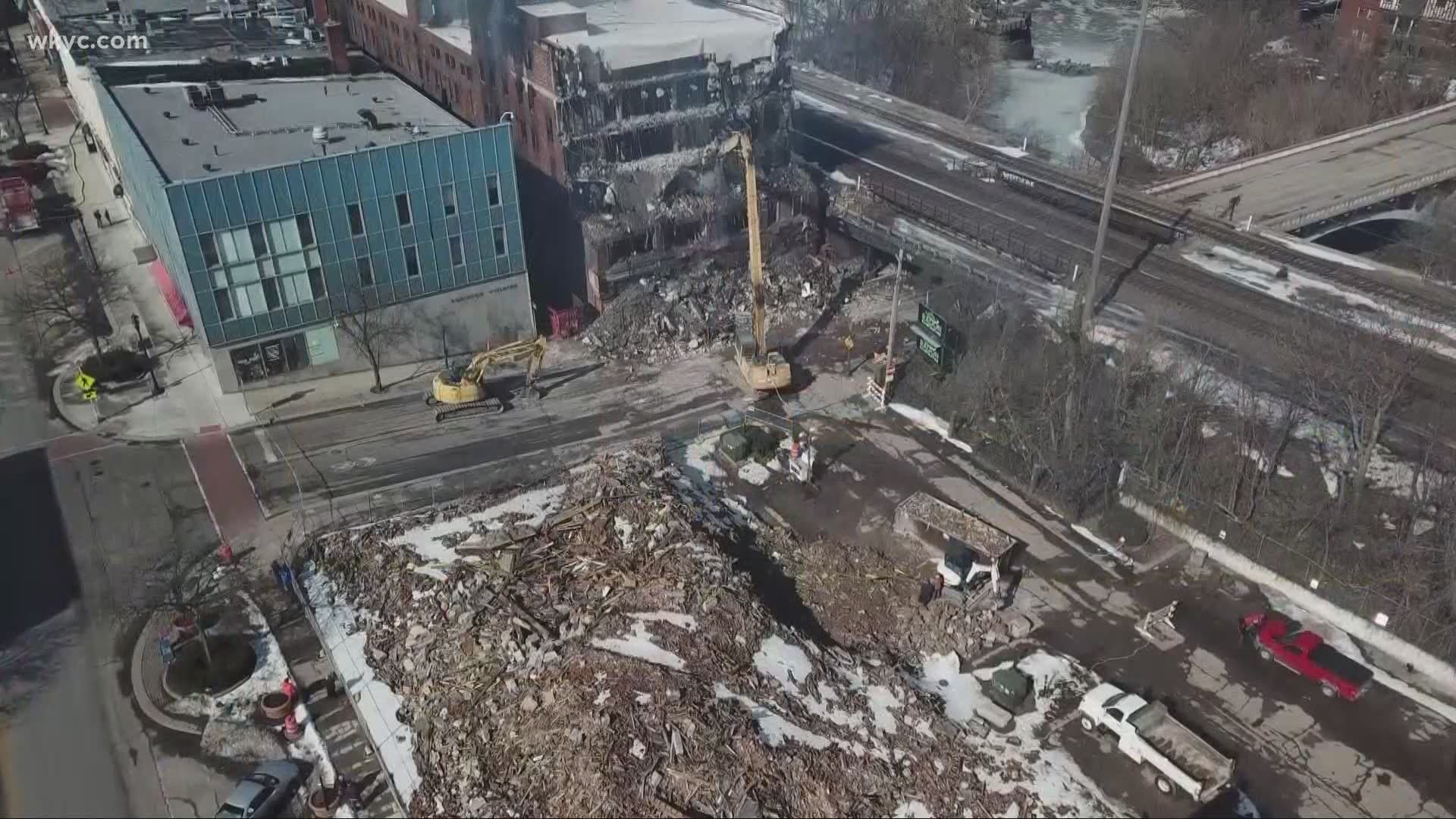 ELYRIA, Ohio — A pair of 17-year-old boys have been arrested as authorities investigate the fire that ripped through the vacant Elyria building known as "Uncle Vic's" on Kerstetter Way overnight.

The Elyria Police Department announced their arrests Thursday morning. One of the boys faces aggravated arson, breaking and entering and failure to report a crime. The other boy, police say, faces breaking and entering. Both were taken to the Lorain County Detention Home pending a hearing with juvenile court.

Their arrests were announced after firefighters in downtown Elyria spent hours Wednesday night into Thursday morning battling the blaze at the building that once housed several night clubs.

"It's horrible," one resident told 3News at the scene. "Horrible. There's a lot of memories up in there. Every Friday and Saturday night there used to be a line of people waiting to get in."

Crews had temporarily closed Broad Street between Washington Avenue and Court Street due to safety concerns as firefighters worked at the scene. No injuries have been reported.

No one was injured but crews were on scene Thursday afternoon addressing safety concerns. The building sits near an active railroad track. Kevin Brubaker, safety service director with the city of Elyria, said there are concerns that pieces of the structure could potentially fall on the railroad. Crews are in the process of tearing down the building and will be monitoring the trains as they continue to work on demolition.

3News spoke with Elyria resident Michael Frost at the scene early Thursday morning as he recounted his fond memories of the building.

"I was the head of security at Uncle Vic’s for two years," he said. "It was quite an emotional thing to watch it going down like that with all the memories we have.”

Frost said he was sitting in his living room when he smelled smoke.

"I thought the apartment building itself was on fire," he said. "I looked out the window and I seen what was going on. There were flames shooting out a good 20-30 feet out the windows."

We streamed live video from the scene of the fire Wednesday night, which you can watch in the player below:

We also streamed live video of the aftermath from the fire early Thursday morning, which you can watch in the player below: