Larry Ogunjobi and Ahtyba Rubin were voted the starting defensive tackles for 3News' Cleveland Browns' All-Decade Team for the 2010s. 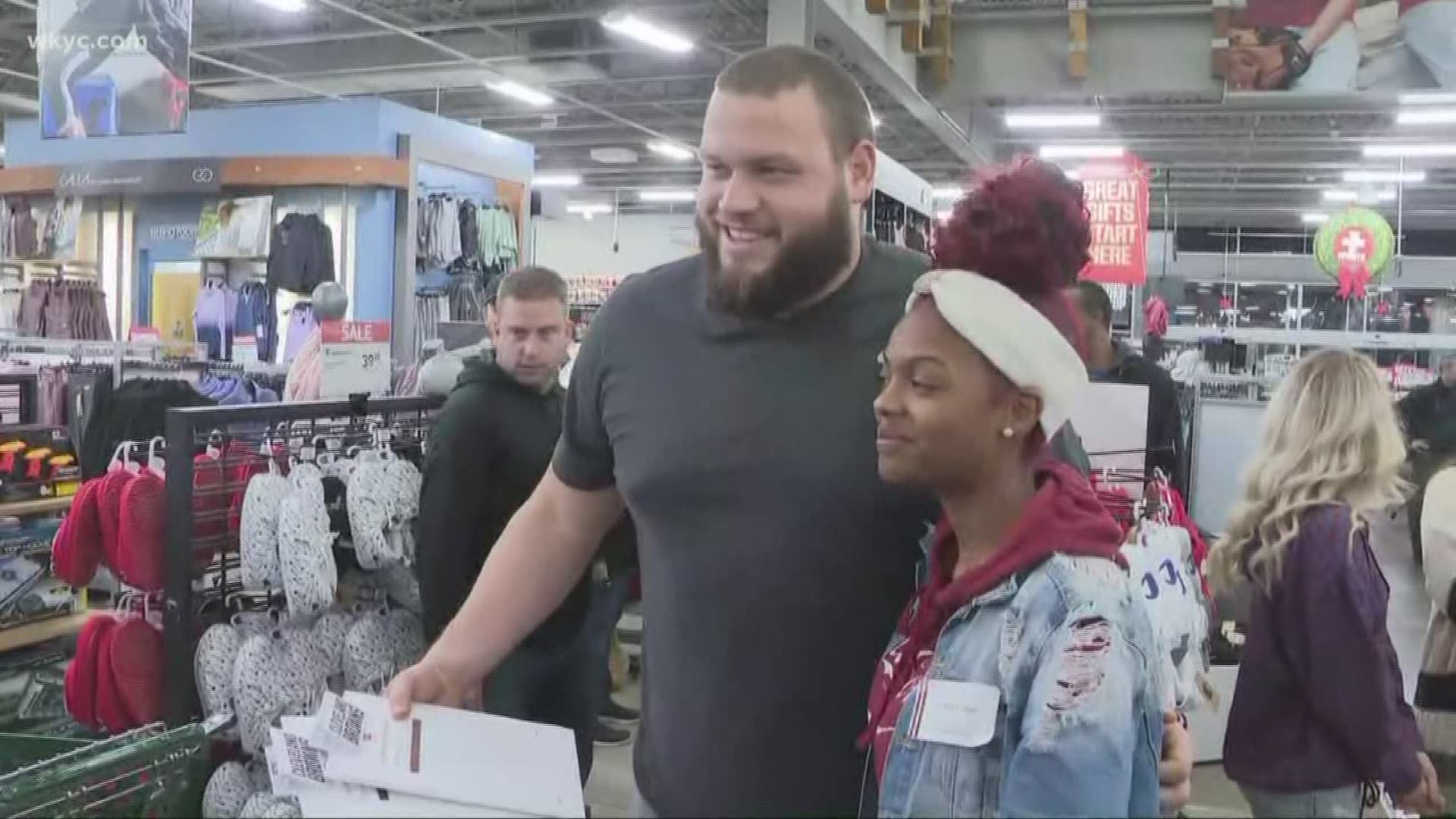 On Tuesday, you voted Larry Ogunjobi and Ahtyba Rubin as the starting defensive tackles of the Browns' All-Decade Team for the 2010s. Below, you can vote for the team's linebackers.

Of all the draft picks the Cleveland Browns have made over the course of the past 20 years, they may not have found a better than the one they did in 2008's sixth round.

And while Rubin largely did that through the first two seasons of his NFL career, the 2010s saw him come into his own as a more-than-just-reliable started. From 2010-2014, he appeared in 70 games for the Browns, 68 of which were starts, including every game of the 2010 and 2011 seasons.

Despite primarily playing the role of space-eater, Rubin still tallied 338 tackles, 15 of which came for a loss and 12 sacks over the course of seven seasons in Cleveland. In 2015, he signed a free-agent contract with the Seattle Seahawks and ultimately enjoyed a 10-year NFL career that also included time with the Denver Broncos and Atlanta Falcons.

Similarly to Rubin, Larry Ogunjobi was considered a diamond in the rough when the Browns selected him in the third round of the 2017 NFL Draft. But despite being the first football player ever drafted out of UNC-Charlotte, it didn't take Ogunjobi long to showcase his promise, tallying 32 tackles, 4 of which came for a loss and 1 sack in 14 appearances in his rookie season.

In 2018, Ogunjobi established himself as a potential cornerstone of the Cleveland defensive line, starting in all 16 of the team's games while recording 52 tackles, 10 of which came for a loss and 5.5 sacks. Through his first 12 games of 2019 (all starts), the 6-foot-3, 305-pounder has only shown further improvement and could be in line for a long-term extension sooner rather than later.

Credit: David Richard
Cleveland Browns defensive tackle Larry Ogunjobi (65) celebrates a sack during the second half of an AFC North Division game against the Cincinnati Bengals at FirstEnergy Stadium in Cleveland on Sunday, December 23, 2018.

Next up, the candidates for the Cleveland Browns' All-Decade Linebackers:

Selected in the second round (34th overall) of the 2006 NFL Draft. Bounced back from shoulder injury that cost him entire 2010 season to start in all 48 of the Browns' games from 2011-2013. Ranks third in team history in solo tackles (530) and first in tackle assists (294) after seven seasons with the team.

Signed as a free agent following the 2012 season following four years with the Baltimore Ravens. Appeared in all 48 of the Browns' games between 2013-2015, including 46 starts. Tallied 127 tackles, 23 of which came for a loss and 18 sacks in three seasons in Cleveland, including a team-high 11 sacks in 2014.

Selected in the third round (No. 71 overall) of the 2014 NFL Draft. Appeared in 16 games (8 starts) as a rookie and has appeared in 73 games (54 starts) over the course of his six seasons with the Browns, tallying 469 tackles, 30 of which have come for a loss, 11.5 sacks and 2 interceptions. Currently ranks third in team history in assisted tackles with 174.

Selected in the fourth round (No. 99 overall) of the 2016 NFL Draft. Tied for the NFL lead in tackles (142) en route to earning Pro Bowl honors in 2017. Has appeared in 58 games (46 starts) over the course of four seasons with the Browns, tallying 371 tackles, 14 of which have come for a loss and 6 interceptions. Currently ranks fourth in team history in assisted tackles with 174.