Officials say inmates were flipping tables and spraying fire extinguishers while trying to break into the control room. 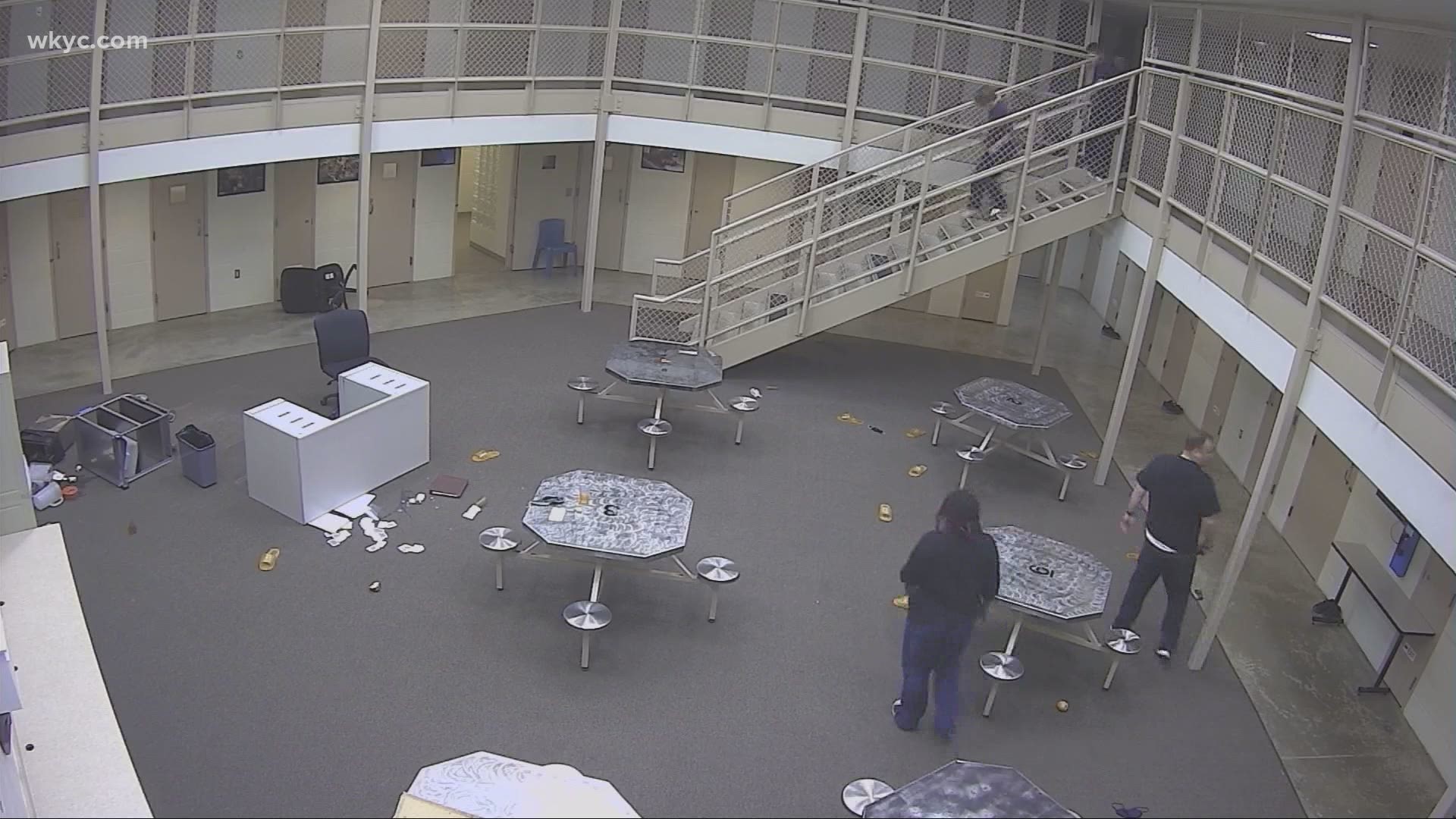 RAVENNA, Ohio — The Portage County Sheriff's Office confirmed a fight broke out inside the local juvenile detention center earlier this month, with officials at the facility describing it an an "ALL OUT BRAWL."

Authorities say the melee began around 8:30 p.m. on May 7 between seven juveniles. While three returned to their cells after being ordered to do so, four others apparently caused damage to the area and two eventually escaped the POD.

The pair tried to gain entry into the detention center's control room by harming an officer and spraying fire extinguishers over windows, but both were apprehended before they got inside.

Sheriff's deputies were able to gain control of the situation, and EMS crews later arrived to attend to any injuries. 28 charges have since been filed against the four individuals involved in the riot, including aggravated riot, escape, assault, resisting to lawful authority, and vandalism.