Cleveland now for the first time since 2001. 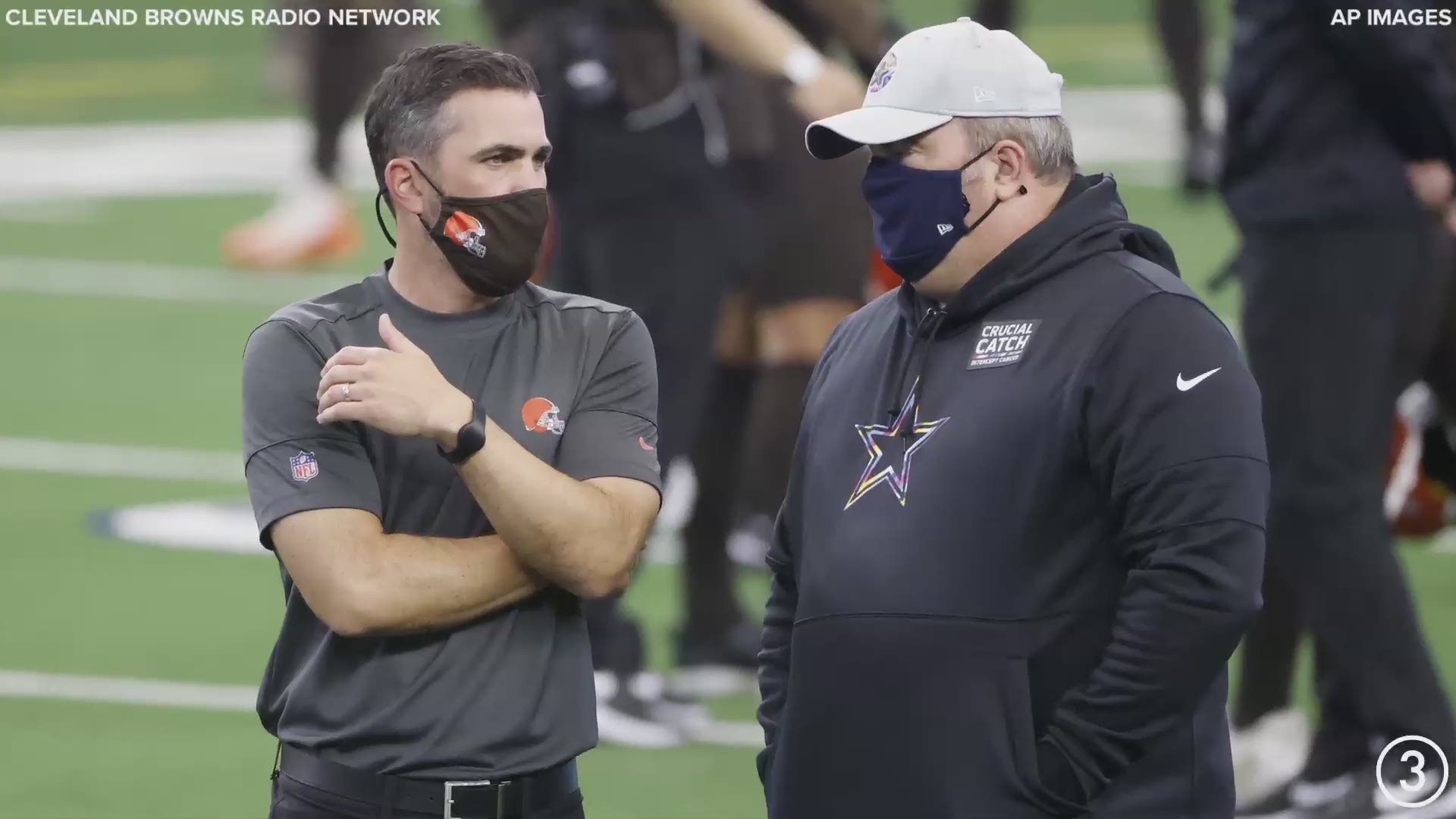 CLEVELAND — It certainly got dicey at the end, but the Browns are now 3-1 after beating the Dallas Cowboys 49-38 on Sunday.

Cleveland is now off to its best start since 2001. Odell Beckham Jr. was the hero with 154 total yards and three touchdowns, including a 50-yard scoring run to ice the game late.

The Browns held a 41-14 heading into the fourth quarter, but Dallas stormed back to cut it to three with less than four minutes remaining. The Cowboys needed a stop to have a chance to tie things up or take the lead, but Beckham took an end around handoff from Baker Mayfield and sprinted down the right sideline for the touchdown.

Dallas attempted to score quickly to have another chance, but Nordonia product Denzel Ward intercepted Dak Prescott at the goal line. Prescott threw for an incredible 502 yards and a touchdown, but the Cowboys turned the ball over three times and fell to 1-3 on the season.

3News' Ben Axelrod gave his analysis of the game after it was all over. 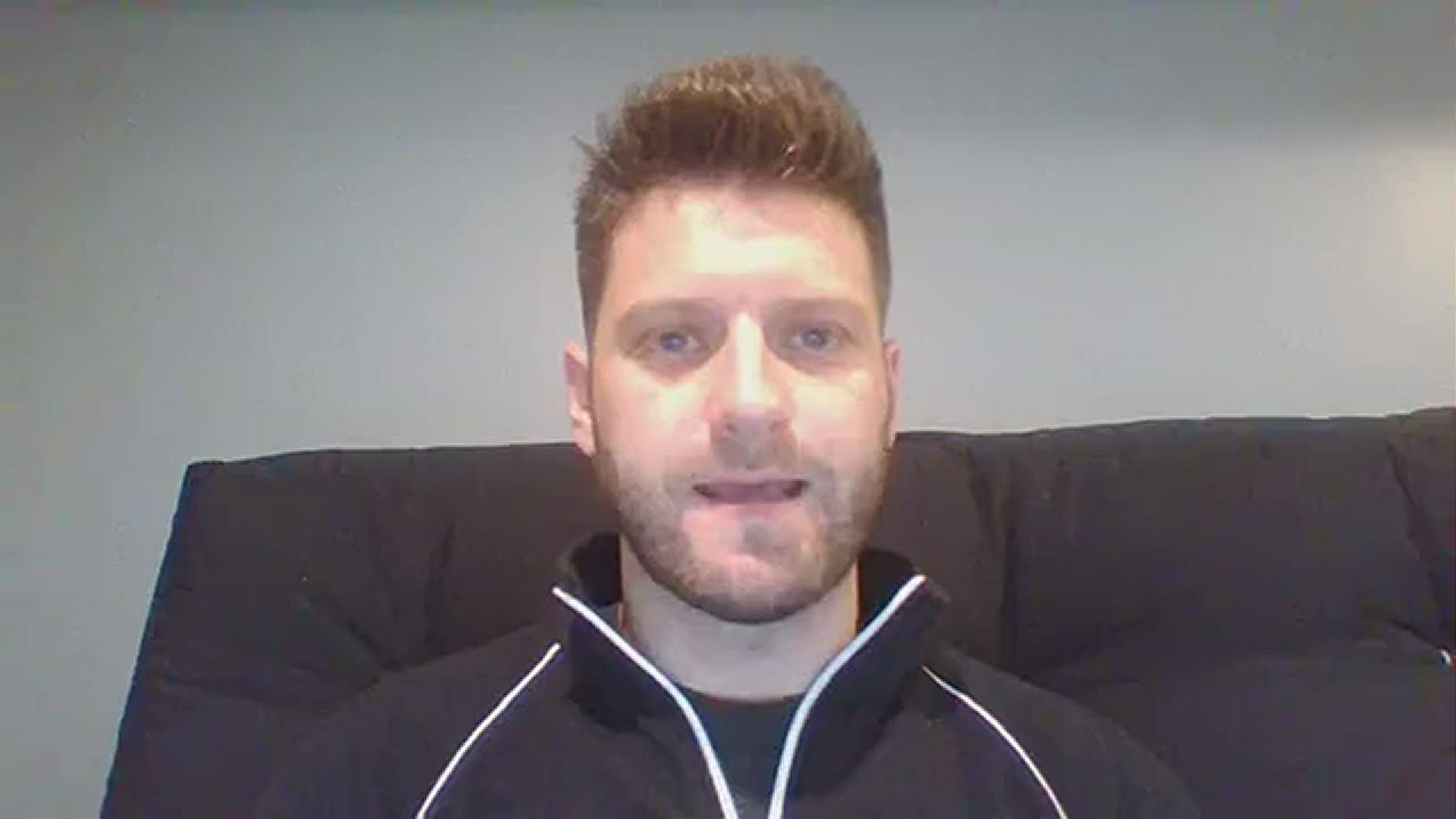 What follows is a drive-by-drive recap of today's action, with the most recent drives listed closest to the top. 3News will have more analysis on our air and on WKYC.com.

1:42: The Cowboys drove down the field to try and narrow things again, but Denzel Ward intercepted Dak Prescott at the goal line.

3:25: Odell. Beckham. JUNIOR: The receiver dashes into the end zone from 50 yards out, and after a strange series of events after a blocked kick, the Browns also get a two-point conversion. Cleveland now leads 49-38.

3:42: CeeDee Lamb catches a 5-yard touchdown pass from Dak Prescott, & just like that, the Cowboys trail just 41-38 after looking dead and buried.

CeeDee once, CeeDee twice! @_CeeDeeThree gets back in the end zone, watch on @NFLonFOX #DallasCowboys| #CLEvsDAL pic.twitter.com/xdusRKOQ1l

6:00: The Browns barely burn any time off the clock, but Jamie Gillan's punt gets a nice bounce. Dallas will start at their own 20-yard line needing a score.

6:31: Dak Prescott hits Dalton Schultz for a 26-yard touchdown. Prescott then keep it for the two-point conversion, and the Cowboys are hanging around down 41-30.

8:21: The Browns burn some time off the clock, but Dontrell Hilliard is blown up in the backfield by DeMarcus Lawrence. Jamie Gillan punts, but the Cowboys will be forced back to their own 16 after a penalty.

12:24: The Cowboys quickly march down the field and Tony Pollard finishes the drive with a 3-yard touchdown. The 2-point conversion is good as well, and the Browns' lead is down to 41-22.

Tony Pollard to the 🏡
Watch on @NFLonFOX
@Tp__5 | #CLEvsDAL pic.twitter.com/uej1pVu7Zc

5:26: Dak Prescott's fourth down pass is deflected by Tony Phillips, and the Cowboys come up empty again. The Browns take over on downs from their own 33-yard line.

7:55: The Browns go three and out for the first time today. CeeDee Lamb returns Jamie Gillan's punt 27 yards to the Dallas 37, and the Cowboys will start there attempting to cut into Cleveland's 24-point lead.

9:34: The Browns are absolutely dominating, as the defense just forced another Cowboys three and out with an M.J. Stewart Jr. sack of Dak Prescott. A Chris Jones punt is fair-caught at the Cleveland 41, where the Browns will start.

10:51: Kareem Hunt scores his second touchdown of the afternoon on a 14-yard sprint around the left tackle. The Browns have opened up a 38-14 lead on the Cowboys.

LET'S GOOOO!@Kareemhunt7 with the 14-yard TD!

0:00: Cody Parkey nails a 37-yard field goal as time expires, and the Browns take a 31-14 lead over the Cowboys into halftime.

3:53: Cleveland finally gets a stop without taking the ball away, and the Cowboys are forced to punt from near midfield. The Browns will start their next drive at their own 10.

7:20: The Browns have now scored their last two touchdowns off turnovers (and 28 points total on the year), as Kareem Hunt punches it in from two yards out. 28-14 Cleveland as the Cowboys fans grow restless.

9:11: The Cowboys turn it over again, as Ezekiel Elliot coughs it up after a long run and Vincent Taylor recovers it. The Browns will start on their own 49-yard line.

Sendejo knocks it out and Taylor jumps on it!

9:22: Kareem Hunt breaks off a couple of nice runs to get to the goal line, and Baker Mayfield finishes the job with a 1-yard touchdown pass to Austin Hooper. The Browns are back in front, 21-14.

11:15: ANOTHER strip sack for Myles Garett!! The star defensive end knocks the ball out of Dak Prescott's hand and Olivier Vernon pounces on it, and the Browns take over on the Cowboys 34.

13:07: The Browns tie it up as Baker Mayfield caps off a nice drive with a 4-yard touchdown pass to Odell Beckham Jr. It's 14-14, but Cleveland did take a hit, as Nick Chubb's return is questionable after leaving the game with a right knee injury.

2:08: The Cowboys go for it on 4th and short from the Browns 20, and Dak Prescott threads the needle to Amari Cooper for the touchdown. Dallas takes a 14-7 lead.

6:10: The Browns get a couple first downs, but the drive stalls near mid-field. The Cowboys will start at their own 16-yard line after a Jamie Gillan punt.

9:53: Just like that, the Cowboys tie it up. Dak Prescott hits a wide-open CeeDee Lamb for a 43-yard touchdown, and this game is all knotted up at 7.

12:13: Trickeration!!! Jarvis Landry takes the reverse handoff from Nick Chubb, only to fire it downfield (left-handed!) and hit his best friend Odell Beckham Jr. for a 37-yard touchdown. Jerry World is shell-shocked, and the Browns lead 7-0.

13:23: The Cowboys go three and out on the first drive, with Arlington native Myles Garrett getting in on the fun with a sack of Dak Prescott. Donovan Peoples-Jones returns the Cleveland 31, where the Browns will start.

🚨 Down goes the QB! 🚨 pic.twitter.com/NUrkoN1NZW

Running back Kareem Hunt, cornerback Denzel Ward, defensive end Olivier Vernon, and offensive tackle Joel Bitonio are all active for the Browns today and will be in the starting lineup. Second-year corner Greedy Williams, meanwhile, remains inactive with a shoulder injury and his still not played this season.